New York Yankees: Will the Yankee pitchers be plagued by the long ball again this season? 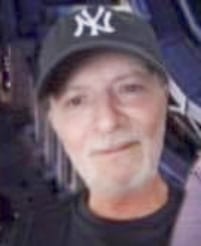 I am 73 years old and a resident of Northeast Connecticut. I am a lifelong Yankee fan, from the time my Grandfather bought our first-ever television so that he could watch the 1950 World Series. Before retiring, I was a Dept. Store District Mgr. I owned a large pet shop for almost 50 years. My hobbies are writing, cooking and photography. I was an Ornithological writer along with becoming an accredited Bird Judge with the National Finch and Softbill Society and the Society for Parrot Breeders and Exhibitors, judging over 125 shows throughout the U.S. and Canada. I've been writing about the Yankees for several years. I am a member of the Society for American Baseball Research and a Yankee Columnist for EmpireSportsMedia.com. I welcome your comments to any of my articles. My writing specialties include player biographies, Yankee history, and breaking news.
Share94
Tweet
94 Shares

The New York Yankees, like all of MLB, eagerly await the beginning of the shortened baseball season.  The Yankees are also following all the CDC recommendations to protect players, most of who have returned home, although some do remain at the training camp at George M. Steinbrenner Field.   Whenever the season starts, the Yankees will follow gathering guidelines, which could mean the season starts without fans in the stands.

The morning we look at the New York Yankee pitching rotation and their propensity to give up the long ball.  With the delay in the start of the season, the Yankees seem primed to have a full rotation with James Paxton that was supposed to miss the first two months of the season, now ready to start when baseball resumes.

The rotation will be headed by Gerrit Cole, who the New York Yankees went after during the offseason and acquired him with a nine-year $324 million contract.  He will be followed hopefully with James Paxton, Masahiro Tanaka, J.A. Happ, and most likey Jordan Montgomery rounding out the rotation.  Missing is Luis Severino that will be out the entire season after having Tommy John surgery.  That impact is lessened by the fact that the Yankees won 103 games without him last year when he also suffered injuries.

In the past few years, the Yankee pitchers have suffered from giving up too many home runs.  Masahiro Tanaka last year gave up 28  long balls, and in the past three years, he surrendered  88.  His 2019 season wasn’t stellar, he had an unflattering 4.45 ERA while allowing a career-high 40 base on balls.  James Paxton, who did have a good season pitched to a 3.80 ERA and a 15-6 record.  But with those good stats, he also gave up 23 home runs.

J.AHapp heading the list of Yankees that gave up home runs allowed 34 while having a 12-8 record and 4.19 ERA.  Jordan Montgomery, who has started just seven games in the past two years due to his own injuries, surrendered 21 home runs in his last full season of pitching in 2017.  The odd man out is Domingo German, who was to miss the first 60 games of the season due to his suspension.  Now with the delayed season, those 60 missed games will not start until the season finally starts.  With a baseball season that may now be only 80 or 90 games, his presence will not make much of a difference.  However, it should be noted that with an excellent 18-4 record in his shortened 2019, the long ball was an issue for him as well with 30.

That leaves us with ace Gerrit Cole who led the league with the lowest ERA 2.50 for pitchers pitching at least 150 innings.  In 2019 while with the Houston Astros, Cole allowed 29 home runs, so he isn’t making the Yankee long ball situation any better.  In fact, he could be making it worse.  He may be one of the best pitchers in the game, but over the past 3 years, while becoming a pitching star, he has surrendered 79 long balls while giving up only 36 in the previous four years while with the Pirates.  That shows a constant increase in allowed home runs.  If that continues he could top the Yankee staff on the home run front.

Hitters seem to like his fastball, as the highest percentage of long balls allowed have come off that pitch.  Looking at the projections for Cole says that this may be his worst year issuing home runs.  This spring, he gave up four home runs through two innings against the Tigers in his third start of camp.  That is four home runs across only nine innings total of spring training.  His spring training ERA for four games sits at a scary 7.00.

With all these home runs allowed across the entire New York Yankee pitching rotation, new pitching coach Matt Blake will have his hands full trying to solve this problem that in total causes the Yankee team ERA to be over 25% higher than it should be.  Last year the Yankee home run total put them right in the middle of all MLB teams with a team ERA of 4.41.  If Blake, with all of his analytics, can improve on the home run situation, the Yankees can get closer to the ERA leader Los Angeles Dodgers, who own a team ERA of 3.37.

Many in baseball feel that the 2019 season when the Yankees won 103 games, the tremendous offensive lineup carried the pitching staff.  Strangely the Yankees lineup was mostly silent during the postseason while the pitching was better than in the regular season.  The New York Yankees have to find the formula to lower the home runs allowed by the pitching staff and while making the offense more constant so that they can achieve their 28 World Championship.

The New York Mets star catcher, Wilson Ramos, has now gone three weeks without playing baseball, and it has been eating at him each day.

Back in 2016, the New York Yankees signed a top pitching prospect out of the Dominican Republic that has turned into one of the highlights

How Much Money do the Yankees and Mets Stand to Lose in 2020?

It can’t be stressed enough how many people are worried about how much money baseball teams stand to lose with this delayed baseball season.

MLB: Biggest Problem With All Games in Arizona

Of course it’s infectious to think about the baseball season starting sooner rather than later. But there is one giant problem with baseball’s plan.