New York Yankees: Will Deivi Garcia be used as trade bait this offseason? 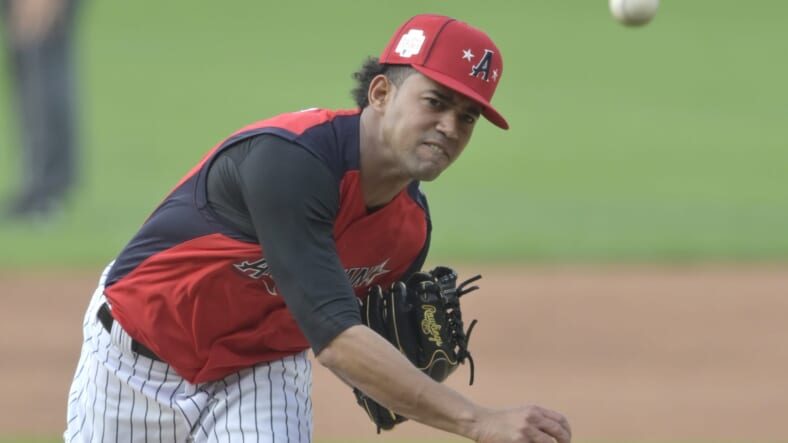 The New York Yankees need to supplement the loss of several key starters and potential injured ones in 2020. Shortstop Didi Gregorius will likely depart in free agency, and Dellin Betances is coming off a torn Achilles tendon. Finding a way to inject quality into both positions could require general manager Brian Cashman to allocate resources towards them, and that could include trading young players in a potential deal.

Who could the New York Yankees trade?

Minor-league pitcher Deivi Garcia was involved in talks just before the trade deadline last season, but this offseason, his value could be increased after shooting up to the top minor-league team in only three months at 21-years-old.

Garcia struggled a bit with Triple-A Wilkes-Scranton Barre, but his youth gives him the benefit of time. Utilizing him as a critical piece in a deal to bring in a trusted bullpen arm could be worth the value. However, they could look to bring in a shortstop like Francisco Lindor

Lindor would slot in at short while Gleyber Torres remains at second base. The Cleveland Indians star has a career-low .273 batting average and can rack up home runs at an impressive rate. He has logged 103 homers over his last three seasons, making him an ideal fit for a Bombers team that prioritizes the long ball.

The Yankees can offer a package centered around one of their top pitching prospects in Deivi Garcia, third baseman Miguel AndÃºjar and teenage shortstop Oswald Peraza. Garcia is one of the Yankeesâ€™ top pitching prospects, with three above-average pitches but a small, 5-foot-9 frame that has scouts split on whether he remains a starter or becomes a reliever in the long run. AndÃºjar, 24, was one of the ALâ€™s best rookies in 2018, slashing .297/.328/.527 with 47 doubles, 27 home runs and 92 RBIs but was sidelined this past season after shoulder surgery. AndÃºjar would become the Indiansâ€™ everyday third baseman with JosÃ© RamÃ­rez moving to second base full-time. Peraza, 19, has all the tools to develop into an elite shortstop but comes with risk because of age and the â€œhitâ€ tool.

If the Yankees could bring in a player like Lindor, the entire team would benefit. He would be costly in the long-run, but he’s a star player that would give the Bomber’s World Series aspirations.