New York Yankees: Why is the powerful Yankees lineup impotent 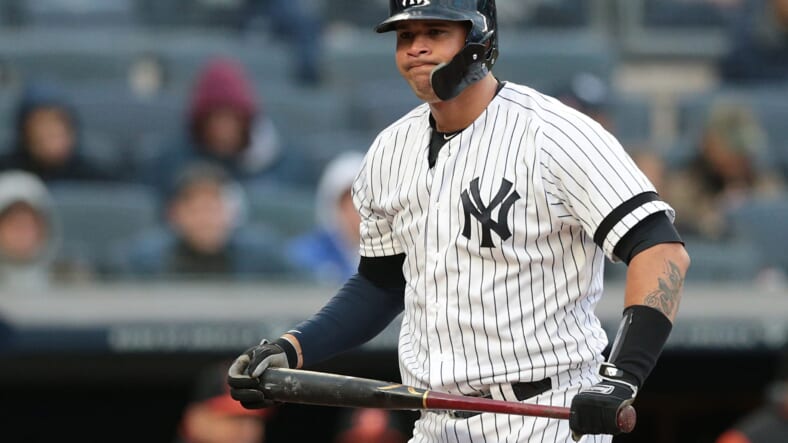 The New York Yankees lineup is one of the most powerful lineups in baseball, yet a lack of hitting that has dogged them since the beginning of the season has found them at the bottom of the American League East. This is not to say that the Yankee pitching has been stellar because it hasn’t been. But this is not the biggest problem facing the Yankees. It’s that the team-wide hitting has been impotent. And it’s no just one or two hitters; it’s pretty much across the board and all at the same time. Even last year’s batting champ DJ LeMahieu isn’t up to par. Let’s look at each player in the lineup and how they are or aren’t performing.

This listing is for players that have played in 12 or more games.

Last year’s batting champion has one of the better batting averages (.250) on the team but is not performing as he has in the past two seasons. Over the offseason, he signed a six-year deal that will take him all the way to his retirement from the game. This season he has been hitting the ball, but the results aren’t there; he has hit into an inordinate number of double plays.

Slugger Aaron Judge started the season pretty well, but since then has gone stone cold. In his last ten games, he has hit only 2 home runs and has been striking out much more than the first ten games when he often walked. It was said that if the New York Yankees could keep both Judge and Stanton on the field, there would be no stopping them. So far, with both healthy, that hasn’t been the case.

Giancarlo Stanton, I guess you could call him the most successful Yankee hitter, hitting the most home runs (5) and the most RBI’s (14), but his .192 batting average is miserable. He has been lucky enough to hit home runs with men on base, but his contact hitting isn’t there. He does seem to be one of the most energized at the plate.

Aaron Hicks has been awful, one of the worst Yankee players at the plate. He is hitting .162 and is usually in the crucial number 3 slot in the lineup. That’s a decision that has been criticized since the beginning of the season, but the analytics say he should be there, and even though it hasn’t worked out, manager Boone for the most part, seems to be sticking with it. Hicks has 3 homers on the season, but just one extra-base hit. He is number 3 on the team for strikeouts (20).

After a poor showing in the 2020 season and not being ready to play, Torres is in much better shape, but there have been no results. He is batting .208 with no home runs, only two extra-base hits, and only two runs driven in. He has more strikeouts than hits.

Gio Urshela, in a season with few bright spots he has shown brighter than most. His batting average is .264, which is the highest batting average of everyday players. He has the second-highest number of hits with 4 extra-base hits and 10 runs driving in. He, unlike many, has better situation hitting, avoiding hitting into double plays. He also has 3 homers on the season.

Gary Sanchez, although starting well, with each game, his batting average keeps reducing. He is hitting .182 with only 2 home runs, and those were in both of his first two games. He has now gone 20 games without a home run while striking out 15 times with only 1 extra-base hit on the season. His backup catcher Kyle Higashioka is superior behind the plate and in front of it. He has the most home runs per game played and has the highest batting average.

Clint Frazier, besides some spectacular plays in the field as been disappointing behind the plate, to say the least. He is batting only .142; only MIke Ford has a lower batting average. He looks ready at the plate, but his timing isn’t there yet. He has yet to hit a home run this season.

Brett Gardner, although a bench player, has played in 13 of the New York Yankees 22 games. He started the season hot. At one time, he led the team in batting. But he, too, has gone cold, hitting just .194, with no home runs.

Rougie Odor is a recent addition to the team and has been getting some playing time (13 games). He has a batting average of just .159, but his situational hitting has been among the best on the team. Since he has been a Yankee, the Yankees have won 7 games, he was the deciding run in three of the wins. In 13 games, he has 3 home runs. He also seems to be a catalyst playing with significant energy.

Why and how to fix it

The why and how to fix it is far above my grade. But, Aaron Boone and the coaches better figure it out sooner than later. The team needs to start playing with energy and determination. There is still plenty of time to turn it around, but that time is quickly running out. Let’s go New York Yankees!!