New York Yankees: Where do the Yankee “keys” stand now? 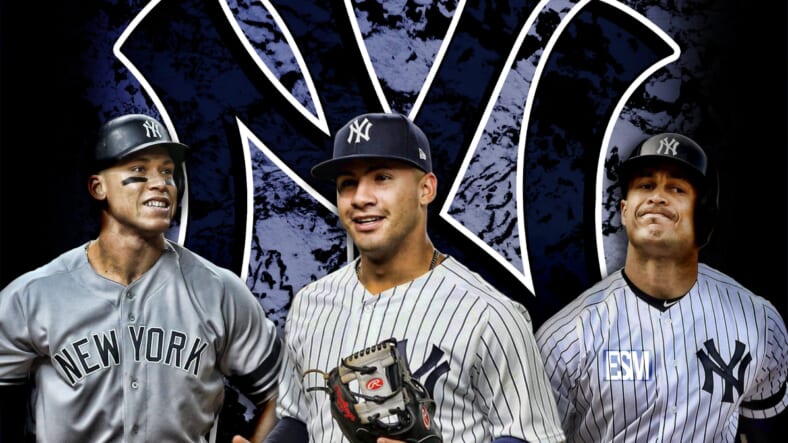 All the New York Yankee players are important to the team in their own way, but some key players will determine the season’s success and postseason, should the Yankees get there. It’s effortless in spring training to get too optimistic or pessimistic based on a smaller sample of work. Still, it gives some insight into how the player will perform at the beginning of the regular season. Today, we look at those key players and how they are doing now that opening day is just two weeks away.

One of the most significant factors in the New York Yankees’ success this season will be if Stanton and Judge can be in the lineup together consistently.Â  Talent is no question, but the two superstars have been plagued with frequent injuries that seldom saw them both in the lineup at the same time. If the duo is healthy, it dramatically changes the lineup dynamics both for the Yankees and opposing pitchers.

Stanton last season only played in 18 games due to two injuries. But after coming back at the end of the season, he was hot. In the postseason, he was even hotter, hitting six home runs in seven games with a batting average of .304. He was responsible for 13 RBI’s in the two series.

Stanton is healthy and playing like the 2017 NL MVP he was so far this spring training. He has 7 hits in 7 games with an OPS of 1.009. He has only one home run but has two doubles that were hit like rockets. His eye is good, and he is more patient. Aaron Judge offered that Stanton is playing just like he left off in the postseason.

Aaron Judge is off to a pretty slow start so far. He is batting .280, but his impact on the team has been minimal. His OPS is only .693 with no RBI’s in ten games.Â  No home runs mean his timing is off. Last season he started hot, hitting 9 home runs in his first 18 games. That’s the kind of player Judge can be. Not to worry, if he can stay healthy, he will come around.

The New York Yankees took some pretty significant risks in the offseason, acquiring two starting pitchers coming back from injuries and haven’t pitched in nearly two years. But the risk taken may be well worth it, as if both of these pitchers can return to their previous form, the reward will be high.

So far, both pitchers are healthy and show no signs of the previous injury. Both are performing well. In fact, Taillon so far is one of the Yankees’ best pitchers. He has an ERA of 0.00 over 5.2 innings striking out 14.9 batters per nine innings. He is literally a strike-out machine.

Corey Kluber is off to a slower start but is doing just fine. His ERA in 6 innings is 3.00. The New York Yankees will be happy with that ERA over 25 or 30 starts. We all know that these stats for either pitcher will not remain the same. But to date, the Yankees are happy with their investment.

You have to imagine that a player that hit 38 home runs in 2019 will be an important part of the equation, and he is. Torres had what could be best described as a pretty poor season last year after not coming into the regular season prepared. This season that has all changed. Manager Aaron Boone says he is healthy and in top form.

Boone’s praise is warranted. He is batting .381 with a 1.149 OPS. He also is playing pretty good defense at shortstop. He is also showing off his power with two homers so far. Torres is possibly headed for an MVP-type season, but he will have a lot of competition for that plateau.

Like him or not, Gary Sanchez will be an important key to the Yankees’ success, but behind and in front of the plate. Last season Gary Sanchez had about as worse a season that any baseball player could have a nightmare about. His catching was off, and his offense was nowhere to be found. He hit just .147 and seemed completely lost at the plate, both in front of it and behind it. The talk was that the Yankees might not even tender him an offer. But in the end, they did, and all have waited with bated breath to see how he might bounce back in this spring training.

At this point, the New York Yankees couldnâ€™t be happier. He is batting .240, and his power is back. He is hitting a home run in every 3.6 games; he could hit 50 home runs at that pace. That is, of course, most likely a pipe dream, but what the Yankees have seen so far from Gary is most encouraging. He has been working diligently with catching coach Swanson.

â€œHeâ€™s been really accountable for his performance in 2020 and hasnâ€™t run from that and has faced some of those challenges head on,â€ Yankees catching coach Tanner Swanson said Sunday. â€œPersonally, our dynamic has really improved as well.â€

The New York Yankees have to be pretty happy with where the team is now and how it shapes up for the regular season. The most important factor is that the team, minus some minor injuries, is healthier than it has been in years. Being supercritical, the hitters may be off to a rather slow start, but the pitching has certainly made up for it. The Yankees have won their last eight games in a row.