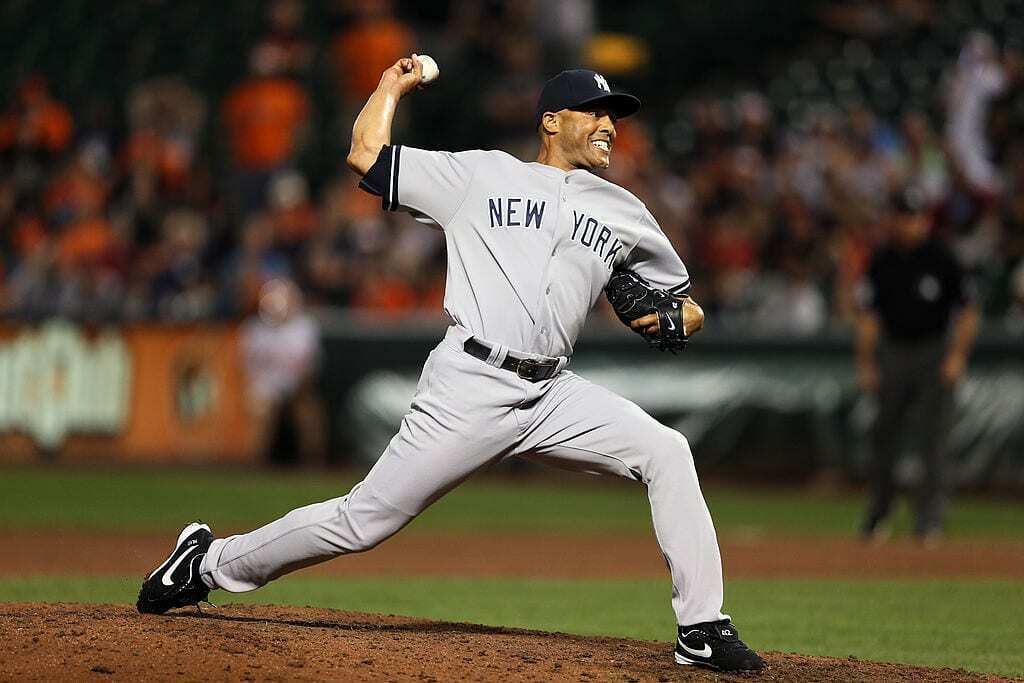 In the newest installment of my top 10 series, I examine New York Yankee and other baseball records that will likely never be broken. My other series examines top 10 pitchers, top 10 first baseman, and top ten Yankee moments in history among many other top tens. But today, we examine some of the outstanding players with outstanding records that will be very hard to break.

If Derek Jeter couldn’t be elected to the Hall of Fame, unanimously, it’s hard to believe anyone ever will be. But Mariano Rivera did it, and he did it in his first year of eligibility. Rivera is most often considered the best reliever of all time. Rivera, in his career, all with the New York Yankees he closed 1,115 games with 652 saves. That figure is 51 more saves than Trevor Hoffman, his closest contender.

2. With 2,632 consecutive games played, it’s a record that will not be duplicated!

This is a different time and a game that is played differently; players are constantly injured and given days off to rest. Cal Ripken’s feat is almost unbelievable. In 1995 Ripkin surpassed the Yankees Iron Horse Lou Gehrig’s 2,131 consecutive games played

3. The only perfect game in the postseason!

Don Larsen is the holder of a record that will likely not be broken. He is the only pitcher to have a perfect game in the World Series. The feat was completed in game 5 of the 1956 classic. Not only that, but there has never been a no-hitter in World Series history. Furthermore,Larsen’s record is one of the only two no-hitters in postseason history; the other was by Roy Halliday in 2010.

Ricky Henderson, a former Yankee, played for several teams in his career. He was such a dangerous base stealer that pitchers knew he would try to steal almost every time he took base. Yet, in his remarkable entire career, he was caught stealing only 335 times. Strangely he doesn’t hold the same record for the postseason, that belongs to Kenny Lofton.

It’s hard to know who took steroids in the steroid era, but the fact is that most of those players were talented enough to play just as well out of the enhancement. It’s hard to tell how Barry Bond’s career would have turned out, but over his 22 years of major league play, he racked up 762 home runs. It has to be pointed out that he may only have used enhancing drugs in a couple of those years. The next closest to his record is Hank Aaron’s 755 accomplished in one more year of play.

6. Most pitching wins in a single season

In the modern era in 1904, the New York Yankee’s Jack Chesbro started 41 games in that single season, for a record that still stands today. Today there are 162 games in a season; in 1904 there were only 154 games. That means that Chesbro pitched all season long on 3.5 days of rest. No team would ever allow a pitcher to pitch regularly on less than five days’ rest, which is a reason that Chesbor’s name will be in the history book for a long time.

Pete Rose has more career hits than any player to play the game. The number he achieved is just 67 hits higher the the second place leader who was centerfielder, Ty Cob. To put it into perspective, Pete Rose’s record is 791 more hits than the 20 year career of Derek Jeter. Pete Rose would be a shoe in for induction into the Baseball Hall of Fame if it wasn’t for his betting on baseball. He has been banned for life. Many believe the ban should be lifted.

The winningest postseason pitcher in modern times is Andy Pettitte, he also has pitched the most innings in the postseason, a record that still stands today. Pettitte was19â€“10 with a 3.83 ERA and 173 strikeouts in the postseasons from 1995 to 2005. He has five World Series wins to his name.

9. The most career Postseason hits

The unlikely record to be broken is postseason hits, that belongs to Derek Jeter. He has 180 hits in the post season.

10. Who owns the most World Series rings?

The undisputed owner of the most World Series rings is Yogi Berra, Berra got rings for 10 World Series wins. Berra played for the Yankees from 1946-1965. In his remarkable career he was a 16 time MVP candidate winning the Award three times. Only Barry Bonds has more MVP wins.

Obviously, I could have picked dozens of other records, but these ten are among my favorites. Others are the most hits in a single season, 262, Ichiro Suzuki. Most complete games, 749, Cy Young. The longest hitting streak, 56 games, Joe DiMaggio. Most career World Series home runs, 18, Mickey Mantle, and the list goes on and on. For more wonderful baseball records, go here