New York Yankees: The Rocky Road to Arizona, Temps, Cactus, and other obstacles 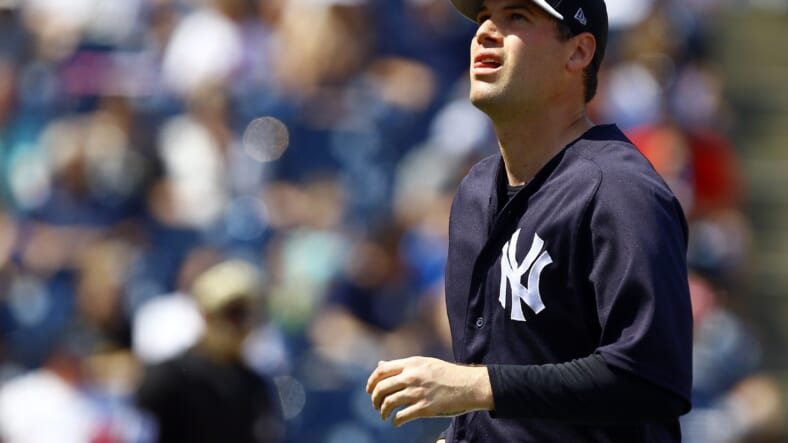 The New York Yankees may become the Pheonix Yankees if the MLB has its way.  That is if the idea worked out between Federal Health officials and MLB comes to fruition.  This writer feels this is ill-thought on the part of MLB.  The most significant obstacle to playing in Arizona is the temperature. The average temperature in May is 94, in June 104, and in July 106 degrees.

These temperatures are only averages; many days, the temperature goes to 120 degrees and higher.  And that’s not to mention the Monsoons that start in June bringing more heat, humidity, thunderstorms, hail, and flooding.  The proposal would use the domed Chase Field, home of the Arizona Diamondbacks, ten minor league venues, plus some college fields in and around the Pheonix area.  To get a still shortened season in for 30 MLB teams, you would see two, and maybe three games played in the same stadium each day.  To get this accomplished seems to be a very rocky road.

No matter what MLB comes up with to get in a season, there will be obstacles to be overcome no matter where they are held, that is a foregone conclusion.  The plan also calls for games at least at the start to be played without fans and with greatly reduced revenues, which is another issue that will surely have to be resolved by MLB and the players association.  Even with television revenues, MLB teams will take a hit, which will have to be shared with New York Yankee and other team’s players.

It is highly doubtful that owners of these playing fields will allow play without being compensated for the use of the fields.  There are a multitude of issues that must be resolved before play can be resumed anywhere.  For me, the biggest issue can’t be resolved, and that is playing a game in an open-air stadium with beating sun, in 120-degree temperatures that are only tolerated by snakes and cactus.

New York Yankees pitcher Adam Ottavino had this to say about the plan:

â€œIâ€™ve seen [the Arizona idea],â€ Ottavino said. â€œI donâ€™t have any good insight, but I would be in the camp of supporting the idea. Iâ€™m sure a lot would have to go right for it to actually happen but Iâ€™m hoping it can work because I want to play.â€

â€œThatâ€™s hellâ€ is how one New York Met described what could be ahead for players if the plan presently being presented by MLB that would include playing all games in Arizona is enacted.

Although a poll of all players has not been taken, most seem in favor of the plan just to get to play ball and get paid, regardless of the difficulties of pulling it off.  In a perfect world, the games would start in Arizona and then be moved to home stadiums when it is safe to do so, although that isn’t mentioned in the plan that I have seen.

Kansas City Royals reliever Trevor Rosenthal was interviewed by the New York Post and had this to say:

â€œI am in support of the plan,â€ Rosenthal said. â€œI think itâ€™s in the best interest of the nation for MLB to go through with this plan as quickly as possible. It will provide us an opportunity to inspire and set an example for everyone. By us adhering to strict new guidelines, we will display a model for isolation and function for businesses across the nation. We are at war and this is what we can do to help fight for our country. Provide the hope and discipline needed to get through this difficult time.

â€œBaseball players are the most resilient of all athletes to answer this call. The ups and downs, failures and successes, the unknowns, are all constant in our profession. This is our chance to work for the good of our people and set our country out in front of the rest.â€

Rosenthal is probably the biggest advocate for the plan and is willing to overlook the many hurdles to enacting the plan.  Other players cite the temperatures, housing, and being away from there families for very long durations.  Safety for the Yankees is another factor in the early start.  Maricopa County, where these games would be played, has the highest coronavirus infection rate in the state.  The present stats in the county are about 1,500 cases with 31 deaths in a county, with just over 4 million residents.

Arizona health officials predict that the peak for COVID-19 deaths will come on April 23rd at 17 deaths per day.  Further, they predict that May 28th will be the first day with no deaths.  The MLB plan most likely has chosen Arizona for the games as the coronavirus situation where New York Yankees Grapefruit league games in Florida are played is much worse and would require a still later start time for games.

This writer only sees the Arizona plan working if games are played there for a very short time and can be moved back to MLB home stadiums as soon as possibly safe.  The later games have to be played in Arizona, the worse the environmental factors become.  Moving games back to home stadiums would also allow teams to recoup some of their revenue losses.