New York Yankees: Takeaways from the Yankees’ shutout of the Houston Astros 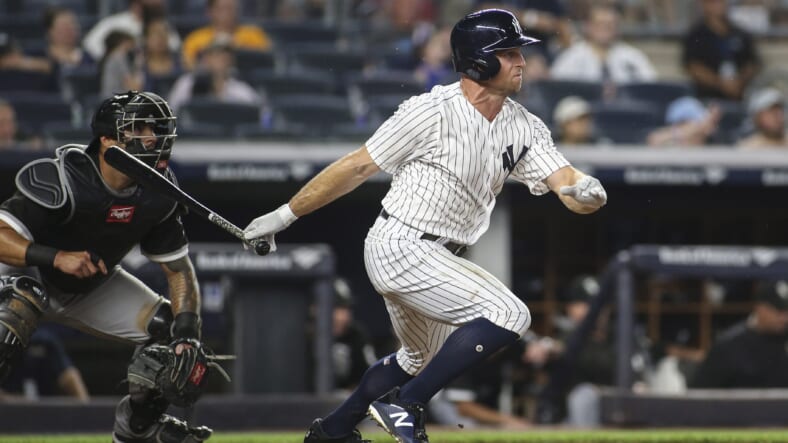 With the All-Star Game in the headlights, the New York Yankees last night started an important series with their hated rival, the Houston Astros. After taking the Seattle Mariners series, the Yankees really wanted to take this one, too, going into the break. With Nestor Cortes Jr. on the mound, the Yankees easily took game one from the Astros, only allowing them three hits in the game. The final score was 4-0 for the shutout of the Astros. Yankee ace Gerrit Cole will be on the mound for game two, Saturday night.

Nestor Cortes Jr. was brilliant against the Astros

Nestor Cortes Jr. took the mound last night to pitch the first game of three against the Houston Astros at Minute Maid Park. Cortes Jr. has been a good reliever for the Yankees holding down a 1.02 ERA in nine relief appearances. But the Yankees have now started him in two games while starter Corey Kluber has been on the 60 day IL. He has not disappointed.

Cortes Jr went into the fifth inning for his longest game as a starter and season-high 69 pitches allowing only two hits. Cortes Jr. was absolutely brilliant in his second start. In a shorter start against the New York Mets, he also impressed, allowing only two hits. He managed all of his pitches masterfully against a powerful Astros lineup. The Yankees won both of his starts, including the shutout last night. Cortes Jr.is quickly becoming one of the best Yankee starters, albeit a small sample.

Boone took Cortes Jr. out of the game when he walked the number nine hitter, and with two outs and only a two-run cushion, and Altuve coming up, Boone called on Lucas Luetge, who fanned Altuve for the final out. Luetge pitched 1.1 innings of no-hit ball. Chad Green gave the Yankees two innings giving up just one hit. Jonathan Loaisiga came in to close it out the ninth. The Astros could only get 3 hits off of Yankee pitching.

It’s no secret that Brett Gardner, although being just as sharp in the outfield, has suffered greatly when at the plate. Going into last night, he was hitting just .186 and hadn’t got a hit in his last five games. But last night, in a big spot with two on, Gardy came through with a big two-out double down the right-field line, scoring two and winning the game for the Yankees.

The New York Yankees got twelve hits off of Jake Odorizzi and company, with every Yankee getting a hit except for Giancarlo Stanton. In the seventh inning, Aaron Judge got the 500th hit of his career. Gardner, Wade, LeMahieu, and Judge all had extra-base hits in the contest. LeMahieu’s double resulted in two more insurance runs for the Yankees.

Michael King was put on the 10 day IL yesterday retroactive to July 5th. The Yankees have suffered some major injuries this season, but this one was unusual. Apparently, while in the weight room, King jammed his finger between two weights. Boone said he had a contusion of the right middle finger. King tried to play catch before the last game with the Seattle Mariners, but that didn’t go well, and he was placed on the IL. He was to be a possible starter for last night’s game in Houston.