New York Yankees: Takeaways from a once in 100-year embarrassment 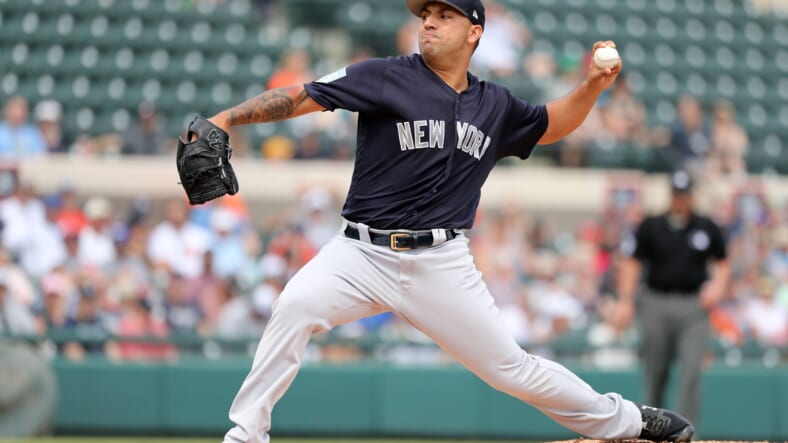 After losing 3 straight to the Toronto Blue Jays, the New York Yankees entered last night’s game with the hope of winning at least one game against the surging Canadian rival. The Yankees had Nestor Cortes Jr. on the mound pitted against the Jays’ Jose Berrios. It probably wasn’t a surprise to Yankees fans that they failed again. The Yankees lost the game 6-4.

Is Nasty Nestor tiring out?

Nasty Nestor is called that for his ability to be nasty in getting opponent hitters out. Cortes Jr. has been a Godsend for the New York Yankees ever since he took over for the injured Corey Kluber. But last night, cracks showed up in his armor. Right off the bat, he gave up a home run to Bo Bichette, who led off for the Jays and started with a Blue Jays lead with a massive homer to left field. Semien followed with a single to left. Right then and there, it seemed Cortes didn’t have his best stuff.

Nevertheless, Cortes gave the Yankees length going six innings and only giving up 2 earned runs. He struck out 5 and didn’t walk anyone. But a question arises going forward. Is Cortes tiring? Cortes has always been a reliever, pitching an inning or two every few days. But now that he is a starter, he is pitching more than in his entire career. Since the beginning of August, he has pitched over 40 innings. Pitching six or seven innings takes a lot more out of a pitcher than pitching just an inning or two, both physically and emotionally.

All this being said, in fairness to Cortes, giving up two runs over six innings more often than not will get you a win, but not with this Yankee team that gives little run support.

Too little too late

The Yankees bats, for the most part, have been dead over the last week or so. Last night was no different. Over the first eight innings, the Yankees only had an Anthony Rizzo home run and a couple of other hits. But in the ninth inning, the Yankees behind by 4 runs, the bats erupted. Gary Sanchez and Luke Voit, pinch-hitting hit back-to-back home runs. But it was too little too late as Urshela followed by striking out and ending the game with the Yankees’ sixth loss in a row.

If you wanted to overview the Yankees pitching situation, you would see a banged-up rotation and a bullpen that is spent. Although this is bad anytime during the season, it is especially concerning in the last weeks of the season as the New York Yankees are fighting to stay alive and play in the postseason.

Yankee fans found out last night that Jameson Taillon had an injured ankle tendon that will cause him to miss at least one start. He was put on the 10 day IL retroactive to September 7th. This is after Gerrit Cole left his game against the Blue Jays with hamstring tightness. He may also miss a start. Corey Kluber is back but very rusty after not pitching for three months.

With various starters not going deep into games and an ineffective closer in Aroldis Chapman, it has caused a once great bullpen to be totally overworked and tired out. So last night Sal Romano, a minor leaguer, was called up to shore up the pen. But, unfortunately, he took the loss for the Yankees.