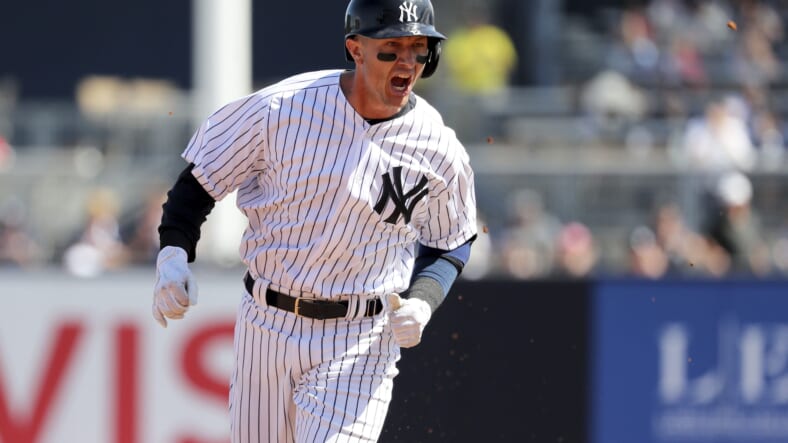 The New York Yankees struck out a total of 18 times, a franchise record for a nine inning game, and only amassed five hits as they dropped the rubber match of the three game series against Detroit 2-1. The Yankees were an ugly 2-4 during their six game homestand, and also lost Troy Tulowitzki to an injury on Wednesday.

Not getting runners on

The New York Yankees had a 2-for-5 completion rate with runners in scoring position. Judge had an RBI single and Torres had a single that didn’t score a run. LeMahieu, Bird, and Frazier each had singles, making it a total of just five hits for the Yanks. Luke Voit got hits in the three games against the Orioles, but went hitless against the Tigers in three games.

The team did draw four walks, but they aren’t getting runners in scoring position. Judge did have a stolen base, but Brett Gardner was caught stealing.

They may be able to get on base more and have more success at the plate if they improved their situational hitting. Every single guy goes up to the plate hoping to smack one into Poughkeepsie. That mindset doesn’t work at all. Through six games they have just five home runs, and if they just try to put it in play, good things could happen.

Maybe Aaron Boone needs to try some small ball, like in the bottom of the order. Get a guy on then have someone like Mike Tauchman or Tyler Wade bunt or do a hit and run to try to get runners in a better position, even if it may cause an out for the batter.

Jonathan Loaisiga started the game on the mound for the Yankees, and despite the fact he only pitched four innings he did well. The Yankees had no intentions to stretch him out, and was removed after just 70 pitches. He struck out four but issued three walks and only gave up one hit. He gave first pitch strikes to nine of his 16 batters while getting three groundouts and five flyouts.

Gary Sanchez already has four errors, and has played just five games. He had another bad throw on a steal attempt, allowing Nick Castellanos to move to third. He really needs to get those throws down and on target.

Another one bites the dust

Troy Tulowitzki was injured in Wednesday’s game against the Tigers with a calf strain and will hit the IL. The team is down another position player, forcing them to call up Thairo Estrada to take Tulo’s place. Estrada has been on the 40 man roster for some time, but hasn’t made his MLB debut.

They need guys like Estrada to step it up during these injuries. It may be early on and generally a low-stress time, but we don’t want these losses to pile up too much.

The Yankees will play the Orioles starting on Thursday at 3:05PM. James Paxton will get the ball for the Yankees against the Orioles’ Alex Cobb.