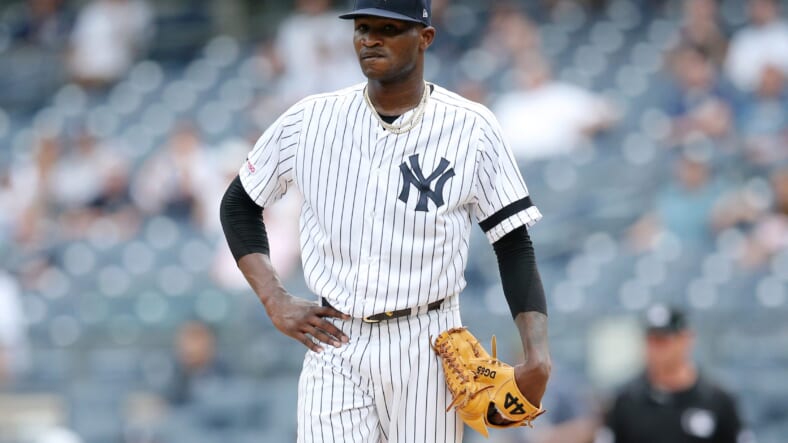 While the New York Yankees introduce their shiny new toy to the world in Gerrit Cole, there are other positions on the team that still require answers. This might be far fetched. The Yankees have one of the best teams in baseball and one of the best I’ve ever seen after signing Cole to a nine-year, $324 million deal.

Their weaknesses rely heavily on reoccurring injuries and one-year wonder players that are looking to carry over stellar 2019 seasons into 2020. Third baseman Gio Urshela is one of those breakout stars who’s slotted into a starting position next season, despite only having one productive offensive year. His defense has always been his trademark, but he will need to replicate his unexpected power and on-base percentage (.889).

Then, there are the players waiting on suspensions, or rather, player.

This leads us into our New York Yankees rumors/news of the day:

Domingo German: The MLB is cracking down on disputes like the one German was involved in, and after the Houston Astros were caught cheating, the entire league is looking to make an example of those accused of wrongdoings. German could very well get a hefty punishment for his domestic violence case witnesses by an MLB employee. I anticipate him missing at least 45 games in 2020, which would slot Jordan Montgomery into his role, not the best switch, but Monty has put up impressive numbers in his first two healthy seasons.

Dellin Betances: The market for Betances has dwindled after his price-tag of $10 million over one-year was released. It could be a tad higher or lower, but the Yankees seem uninterested by his services. Then again, GM Brian Cashman could be waiting to see if he’s unable to receive $10 million on the open market, in which he could offer him far less and secure his services for one more season. After tearing his Achilles in mid-September of last season, taking a flier on Betances comes with risks, but at his peak, he’s one of the best relief arms in baseball.

Francisco Lindor: While it’s improbable Lindor finds his way to the Bronx, the Yankees have a few solid pieces they could consider in a trade. Both Miguel Andujar and Urshela have value, but other teams might see Gio’s production last season as a Yankee fluke. Andujar, on the other hand, has plenty of talent and is only going into his second healthy season. Paired with a few prospects, it’s not a crazy idea that Lindor could land with the Bombers. However, I wouldn’t start dreaming off this deal going through any time soon.