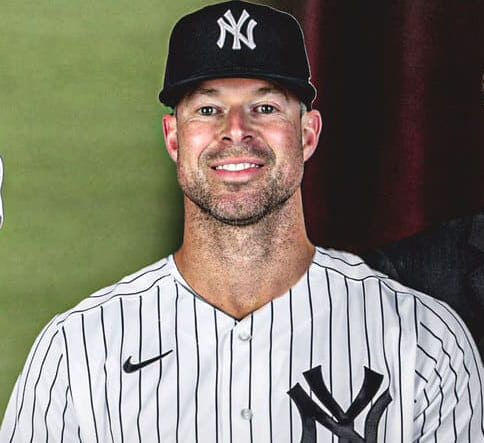 The New York Yankees met the Detroit Tigers today for the finale of the series, hoping for a sweep of the Tigers. Today Corey Kluber was on the mound for the Yankees and Jose Urena for the Tigers. The Yankees have scored 16 runs in the first two games and the Tigers only 4. The Yankees have won 7 of their last 10 games, the pitching has been there, and the hitting has picked up dramatically.

At the top of the second, Jonathan Schoop led off by striking out. Harold Castro struck out swinging. Niko Goodrum struck out also for a strikeout of the side. Gio Urshela played shortstop today; he singled on a slow roller. Aaron Hicks walked, and Urshela moved to second on a loose ball. Mike Ford hit a long fly out to moving Urshela to third base. Kyle Higashioka lined a double down the left-field line scoring Urshela and moving Hicks to third. Brett Gardner sac flew to the right-field wall scoring Hicks. LeMahieu struck out. New York Yankees 2 Tigers 0.

Wilson Ramos led off the third inning with a walk. Akil Baddoo broke his bat, then got Kluber his 5th strikeout. JaCoby Jones singled to no man’s land in center, moving Ramos to second. Grossman was getting a changeup, the ball got loose from Higgy, and the runners moved up. Grossman struck out for Kluber’s sixth strikeout. Candelario made it seven strikeouts. Stanton led off the bottom, flying out to shallow center. Judge chopped out to third base. Rougie Odor ground out to end the inning. Yankees 2 Tigers 0.

At the bottom, one short of Babe Ruth’s record of 2,873 hits, Miguel Cabrera, but he struck out. Schoop popped out to third. Castro ground back to Kluber for another 3 up 3 down inning. Urshela led off the bottom, grounding out to short. Hicks ground out to first. Ford ground out to third as the Yankees went down in order. Yankees 2 Tigers 0.

Goodrum led off the fifth and ground to second. Ramos ground out to Odor. Baddoo swing and a miss for Kluber’s ninth strikeout. At the bottom, Higashioka struck out. Gardner ground out. LeMahieu ground out for a very fast inning for both pitchers. Yankees 2 Tigers 0.

Starting the sixth inning with Kluber still on the mound with 72 pitches, Jones ground out. Grosman lined out sharply to Odor. Candelario singled for the second Tiger hit. Cabrera chopped to third, ending the half. At the bottom, Stanton led off striking out swinging. Judge struck out. Odor full out as the Yankees went down 13 in a row. Yankees 2 Tigers 0.

Schoop led off the top of the seventh inning by grounding out. Castro ground out to Urshela. Goodrum ground out for another 1-2-3 inning for Kluber. Urshela struck out at the bottom. Hicks went down looking. Mike Ford went down looking. Urena had put down 16 in a row for the Tigers. New York Yankees 2 Tigers in what had become a pitchers duel.

The eighth inning, with Kluber still on the mound, Ramos ground out. Baddoo popped out to foul territory in right. Jones struck out for Kluber’s 10th strikeout in a brilliant outing.Â  Higashioka led off the bottom, striking out. Gardner struck out. LeMahieu ground out. Yankees 2 Tigers 0.

With the last licks on the line for the Tigers at the top of the ninth, Robbie Grossman faced the New York Yankees closer, Aroldis Chapman. He flew out to Hicks. Candelario struck out Miguel Cabrera struck out for the final out of the game. The final score was the New York Yankees 2 and the Detroit Tigers. The Yankees got the sweep of the Tigers. The winning pitcher was Corey Kluber, and the loser was Jose Urena, with the save going to Aroldis Chapman.