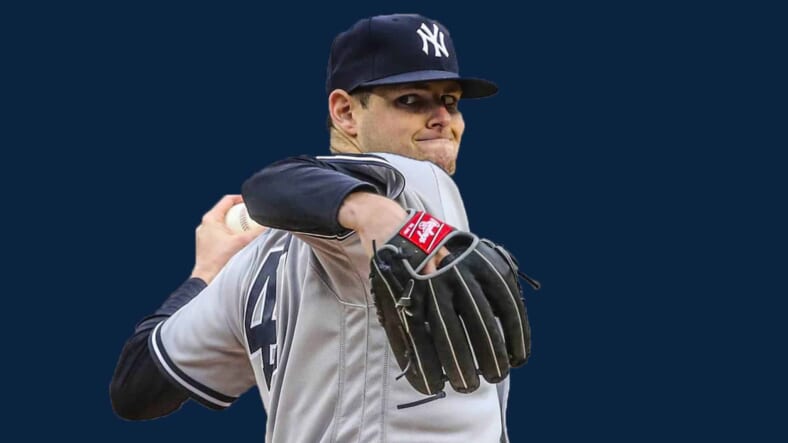 After a postponement last night due to the coronavirus cropping up for the second time this season, the New York Yankees were finally able to start their series with the Boston Red Sox tonight at Yankee Stadium. The starting lineup for the Yankees did not include slugger Aaron Judge and third baseman Gio Urshela. Instead, DJ LeMahieu moved to third base, and Rougie Odor took over for him at second base. In addition, Chris Gitten was called up to replace Luke Voit, who went on the IL with a knee issue. Jordan Montgomery started for the Yankees and Eduardo Rodriguez for the Red Sox.

Lead-off man Enrique Hernandez faced Montgomery in the first and went down on a change-up. Alex Verdugo popped out to short. JD Martinez flew out to Trey Amburgey, making his major league debut in right field. Montgomery had a 1-2-3 inning to start his outing. At the bottom, DJ LeMahieu singled up the middle. Giancarlo Stanton hit into a double play. Rougie Odor flew out to left for a scoreless inning for both teams.

At the second, Xander Bogaerts led off for the Sox, and he walked. Rafael Devers doubled to center on a ball just over Gardner’s head. Hunter Renfro with no outs and two on singled scoring Bogaerts. Christian Vazquez flew out to Locastro in left. Christian Arroyo hit a two-run homer to center field. Bobby Dalbec singled to right. Bobby Dalbec flew out to foul territory in right field, but the Red Sox picked up three runs in the half. The bottom was led off by Gary Sanchez, who walked. Gleyber Torres flew out to the wall in right. Brett Gardner also hit to the warning track, this one in center field. Chris Gittens chopped back to Rodriguez. Boston Red Sox 3 New York Yankees 0.

Verdugo led off the third inning by grounding out to Odor. Martinez struck out. Bogaerts lined out to second. At the bottom, Trey Amburgy got his major league debut at the plate, and he went down on strikes. Tim Locastro flew out to right. LeMahieu went down looking for a fast scoreless inning for both pitchers.

The fourth inning was led off by Devers, who lined out to first. Renfro went down swimming. Vazquez flew out to center as Montgomery had his second 1-2-3 innings in a row and his seventh put down of Red Sox hitters. At the bottom, Giancarlo Stanton led off by striking out swinging. Odor went down looking. Sanchez ripped one to right for the final out of the scoreless inning.

Vazquez led off the fifth by flying out to right. Dalbec struck out swinging. Hernandez walked. A passed ball allowed Hernandez to go to second. Verdugo lined out to Gittens at first. The bottom of the inning was led off by Gleyber Torres, who struck out. Gardner struck out on the 10th pitch. Gittens walked. In his second major league at-bat, Amburgey reached an error with Gittens going to third base. Locastro went down on strikes leaving two Yankees on base for another scoreless inning. Boston Red Sox 3 Yankees 0.

JD Martinez rolled out to Montgomery for the first out of the inning. Bogaerts flew out to Amburgey in right. Devers flew out to left for another 1-2-3 inning for Montgomery. At the bottom of the inning, DJ LeMahieu led off by tapping back to the pitcher who tagged him out at first. Stanton struck out to boos at the Stadium. Odor doubled to right field. Sanchez faced new pitcher Sawamuro and ground out to short as he ambled to first base. No scoring in the inning.

At the top of the seventh, Domingo German took the mound for the Yankees to face Renfro, who ground out to third. Vazquez flew out to Gardner in center. Arroyo got a standup double to left field just beyond LeMahieu’s reach. Dalbec flew out to right to end the half. At the bottom, Torres ground out to short. Gardner ground out to second. Gittens walked for the second time in the game. Greg Allen pinch hit for Amburgey, and he singled to right field, moving Gittens to third base. Hoy Park made his major league debut pinch-hitting for Locastro and ground out to first base. Red Sox 3 Yankees 0.

New Yankee pitcher Justin Wilson faced Hernandez in the top of the eighth and ground out to short. Verdugo struck out. Martinez homered to center for the Red Sox four-run lead. Bogaerts flew out to Gittens to end the half. At the bottom, with the Yankees behind by four runs, DJ LeMahieu flew out to the short left. Stanton struck out for the third time for even louder boos from the 40,130 in the stands. Odor went down looking as the Yankees only have three hits in the game. Red Sox 4 Yankees 0.

At the top of the ninth, the New York Yankees brought out Aroldis Chapman in a non-save situation to see if Chapman had righted himself. He faced Devers, who flew out to the far center for the first out. Renfro walked. Chapman threw to first to hold Renfro and airmailed it, allowing Renfro to go to second. Vazquez went down looking. Arroyo flew out to right. With last licks on the line for the Yankees, Sanchez struck out. Torres flew out to left-center. Gardner ground out to second to shut out the Yankees.

The winning pitcher wasÂ Â  Eduardo Rodriguez, and the loser was Jordan Montgomery. It was the Yankee seventh straight loss to the Red Sox.