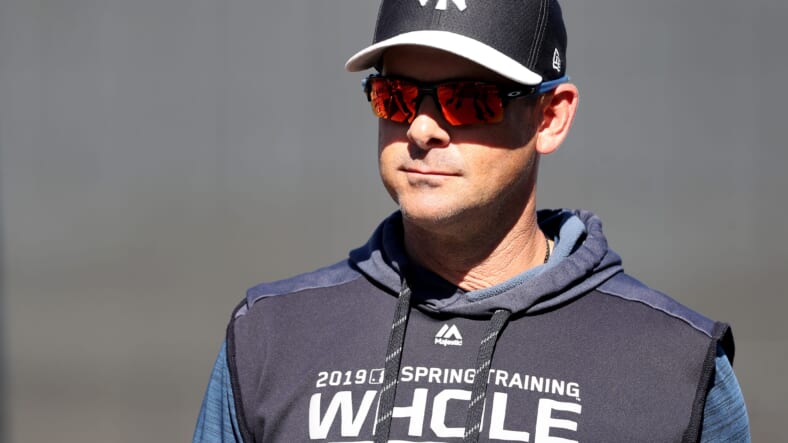 Well, there’s not going to be any New York Yankees baseball to talk about for a while due to opening day being pushed back due to COVID-19. However, just because the baseball has temporarily stopped, doesn’t mean we have to stop with the content here on ESM. With that in mind, I’ve decided to take a dive into a lot of the Yankees top prospects and will be releasing a number of articles over the next couple of weeks discussing the Yankees farm system. While there are certainly some names that stand out to most Yankees fans (Jasson Dominguez, Deivi Garcia, Clarke Schmidt, etc) there are a number of really talented guys that Yankees fans should be keeping their eyes on. Many Yankees fans have been worried lately about the ability of Gleyber Torres when it comes to the shortstop position. There is no questioning Gleyber’s ability at the plate, but more his ability to make the defensive plays expected out of a top shortstop. Well, there’s a prospect that is coming up the Yankees system currently that would be a great long-term shortstop for the New York Yankees. A prospect that could slide into the SS position in a couple of years which would allow Gleyber to switch to the position he’s clearly more comfortable in, second. That prospect’s name is Oswad Peraza.

Peraza was signed as an international free agent by the Yankees back in 2016, and he made his pro debut back in 2017. Since making his debut, Peraza has shown a lot of scouts why he’s now currently ranked as the fourth best prospect in the Yankees system. The smooth shortstop from Venezuela impacts the game on all sides of the ball. He’s very quick and stole 23 bases in just 65 games in 2019. Peraza is very smooth on the defensive side of the ball as well. He’s got solid range and can deliver easy and smooth throws from deep in the position. Peraza also swings the bat very well, and has a good amount of pop from the shortstop position. Many think Peraza could be a guy who could hit about 20-25 HRs a year in the big leagues if he continues down the path that he’s currently going. On big thing for me in watching Peraza last year was seeing his strikeout numbers go down. In 29 more games last year, Peraza struck out four fewer times. He’s seeing the ball better, and I think you’ll see his offensive numbers continue to tick up. Peraza has all the tools to be an impact player at the MLB level, but he’s still got a lot of developing to do before we see him there. Whenever we start playing games this year, Peraza is going to be a prospect that a lot of fans need to keep their eyes on.

The New York Yankees are going to be looking at long-term solutions at Shortstop. I really do not think the organization envisions Gleyber Torres there long-term. Maybe the Yankees go out and make a big splash when it comes to their future SS, say a Francisco Lindor. Or maybe they try to keep their cost down and produce their next SS internally which would likely mean Peraza will eventually get a shot. Time will tell on that front, but Peraza is definitely a prospect I have my eyes on.