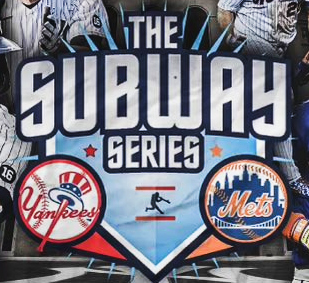 Tonight at Yankee Stadium, the New York Yankees will face their cross-town rival New York Mets for the first time this season. Often called the subway series due to the closeness of both teams in the New York Market. Yankee ace Gerrit Cole had this to say about the series:

â€œI hope it will be a fun atmosphere, Itâ€™s nice that itâ€™s happening over the weekend, get the kids out to the park. And hopefully it will be an electric atmosphere filled with a bunch of New York fans in general, and weâ€™ll put on some good ballgames and hopefully play well.â€

Which team plays well will be one of the storylines for the series. The Yankees are coming off a devasting loss to the Los Angeles Angels and have not played consistent ball. They are 4-6 in their last ten games. The Mets are also 4-6 but lead the NL East. They are coming off a one-run deficit against the Atlanta Braves. Luckily for the Yankees, they will not be facing Jacob deGrom in the series. Something to watch will be Gio Urshela and Francisco Lindor, who are best friends and will be playing together in the same game for the first time.

With these relatively evenly matched teams, the big story may be the impact of the weather on the games. As of this writing, there is a 75% chance of thunderstorms tonight throughout the game. Unfortunately, the weather for tomorrow’s matinee doesn’t look much better. So for this July 4th weekend series, mother nature’s fireworks may come into play.

Jordan Montgomery will start tonight’s game for the Yankees at Yankee Stadium. Montgomery is 3-2 with a 2.38 ERA, with 80 strikeouts. This will be “Monty’s” 16th start of the season. Montgomery has pitched well for the Yankees this year, and his stats are a bit deceiving. The Yankees have won 11 of his 15 starts.Â  He is coming off a loss to the Boston Red Sox when he went six innings, giving up three runs. He got no run support in the game.

Montgomery will face the Met’s Taijuan Walker, 3-3, with an ERA of 2.38, identical to Montys. Walker was a Yankee target in the offseason when he was with the Toronto Blue Jays; he ended up with the Mets. He is coming off a five-inning win over the Pittsburgh Pirates but lost his previous games against the Nationals when he gave up three runs in six innings. Brett Gardner has faced him once and shelled him with a home run. DJ LeMahieu has had the most appearances against him (20), hitting .300. The game will be televised on the WPIX and its affiliates, SNY, and MLBN out of market.

Yankee ace Gerrit Cole will start the Saturday matinee at the Stadium for the Yankees. He is 8-4 with an ERA of 2.66 and an incredible 129 strikeouts. Since the MLB crackdown on sticky stuff, his strikeouts have dropped dramatically. He has only 16 in his last 20 innings pitched. He has had 8 or more strikeouts in eight of his starts. He is coming off two consecutive losses, one to the Kansas City Royals and one to the Boston Red Sox.

Cole will face another pitcher that the Yankees were interested in. Marcus Stroman is 6-6 with an ERA of 2.45 with 105 strikeouts. Stroman has struggled with little run support in his games. The native New Yorker might be called the bad luck kid. He is coming off three straight losses while only giving up 4 earned runs combined. Presently Stroman is the shortest (5’7″) pitcher in the Major Leagues. The game will be televised on the YES Network and WPIX, and affiliates.

The pitcher for the New York Yankees for the Sunday night game has not been announced, but it will likely be Michael King. Whoever the Yankee pitcher is, he will face the Met’s rookie Taylor Megill. Megill is 0-0 in two starts with an ERA of 4.82. He has never gone beyond the fifth inning, but the Met’s have won both of his starts. If tonight’s or Saturday’s game are postponed due to weather, there could be a day-night doubleheader. The game on Sunday night will be broadcast nationally on ESPN.