New York Yankees: No Yankees elected to the Hall of Fame, but they weren’t alone 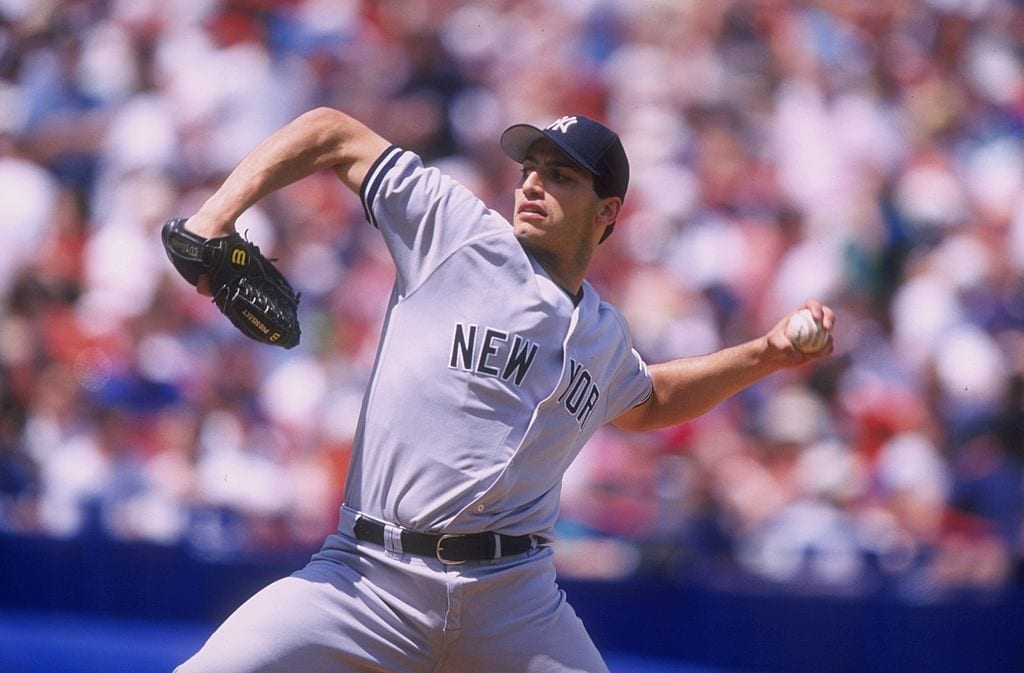 No New York Yankees player was elected to the Baseball Hall of Fame, but those Yankee players weren’t alone. For the first time since 2013, no player this year received the honor of being enshrined with other baseball greats. Results were announced Tuesday night by Hall of Fame president Tim Mead, and none of the 24 candidates made it. There were 401 ballots cast, although 14 sportswriters turned in empty ballots. Here is how the Yankee candidates made out.

Abreu played for the Yankees only three years between 2006 and 2008. He was on the ballot for the second time and received 8.7% of the votes. For the Yankees, he batted .295 with 43 home runs. His best years were with the Philadephia Phillies. The closest he came to an MVP was in 2009 with the Los Angeles Angels.

Unfortunately for Burnett, he was on the ballot for the first time but received no votes (0 of 401) and will not be a candidate next year. A player must get at least 5% of the votes to stay on the ballot; if he does, he can remain on the ballot for up to ten years. Burnett with the Yankees was 35-34 from 2009 to 2011. Surprisingly the only time he was an All-Star was in his last year of play in 2015 with the Pirates.

Clemens association with PED’s will likely ever allow him to get into the Baseball Hall of Fame, although he came the closest this year with 61.6% of the vote, which’s 54 votes shy of being elected. Please don’t feel bad; Barry Bonds will probably not receive the honor either he came 53 votes short. For Clemens, it was his 8th try. While with the Yankees from 1999 to 2003, he was 83-42 with an ERA of 4.01.

Jones closed out his 17-year baseball career with the New York Yankees and retired after the 2012 season. In his two years with the Yankee, he batted just .220 with 27 home runs. His best years were with the Atlanta Braves. He, in his fourth try he got 33.9% of the ballot.

Yankee fan-favorite Andy Pettitte was on the ballot for the third time and receivedÂ  only13.7% of the vote, but it was his highest percentage to date. Andy, like several other players, was involved in PED’s. Many feel unlike most of the drug users; his infarction was minor to treat an ailment. He was remorseful and apologized to the Yankee organization and its fans. A group of sportswriters are hard-nosed and feel, and any PED involvement is an immediate disqualification for the Hall. Pettitte is the winningest pitcher in the postseason during modern times.

Sheffield’s 40.6% is the highest number of votes he has gotten in his four years of candidacy. Sheffield played in Yankee Stadium’s outfield from 2004 to 2006 for most of it; he was dogged with a bad shoulder. In his three years with the Yankees, he provided excellent defense in the outfield and batted .291 with 96 home runs. He had a remarkable 22-year career, mostly with the Florida Marlins, although he played for nine different teams in his career.

Swisher was a big fan favorite of Yankees fans, not so of the sportswriters; in his first year of candidacy, he received no votes and will not be on the ballot again. While with the Yankees from 2009 to 2012, he batted .268 with 105 home runs. He played both in the outfield and at first base for the Yankees. Can you say smile? His best years were with the Yankees, and he dramatically fell off after leaving the team. He finished his career in 2015 with the Atlanta Braves.

It’s not like the Baseball Hall of Fame will have nothing to celebrate this year. Last year the celebration was canceled by the coronavirus. So this year, from July 23-26 in Cooperstown, N.Y., the celebration will go on. New York Yankee great Derek Jeter will be enshrined along with Larry Walker, Marvin Miller, and Ted Simmons. Jeter fell just one vote short of a unanimous vote by the sportswriters. Yankee great closer Mariano Rivera is the only player to receive a unanimous vote. He was elected to the Hall of Fame in 2019.

Other notables that did not get in this year include Barry Bond (PED’s), Curt Shilling (politics/homophobic), Mark Buehrle, Latroy Hawkins, Todd Helton Manny Ramirez, among a few others.