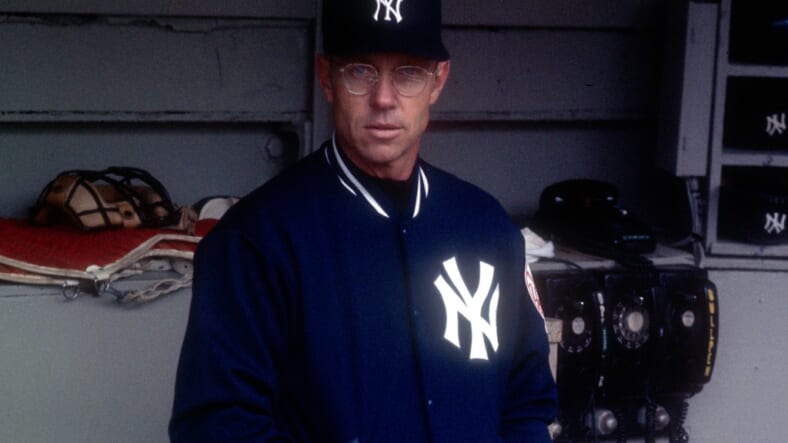 Bill Virdon passes away at 90

The New York Yankee family was saddened to learn of the passing of ex-Yankee manager Bill Virdon. Virdon was manager of the Yankees during 1974 and 1975 before being replaced in 1975 my the new manager Billy Martin. In 1974 he won 89 games for the Yankees.

However, Virdon’s claim to fame was bringing the Houston Astros to the postseason twice. Virdon remains Houstonâ€™s management leader in wins. He has 544 wins to his name. He was voted NL Manager of the ear in 1980 when he guided the Astros to the NL West title after defeating the Los Angeles Dodgers in the playoffs.

After the late George M. Steinbrenner took over the ownership of the Yankees from CBS, he brought in several managers to right the ship and make the Yankees champions again. After Ralph Houk couldn’t do it, he brought in Virdon in 1974, he managed the Yankees to number 2 in the East, but when he won only two more games than losses in 75, the “boss” replaced him with Billy Martin who won a championship for the Yankees in 1977.

Tyler Wade thanks the Yankees and the fans

Last weekend the Yankees designated utility player and fan favorite Tyler Wade for assignment. At the time I said that he would be scooped up quickly, and I was correct, on Monday he was traded to the Los Angels for cash consideration or a player to be named later.

Wade spent his entire nine year career with the Yankees having his best year this past season, when he hit .268 in a career high 103 games. Wade not being the best hitter, was commonly used late in games to run and steal bases, something he did very well. He was also very versatile playing in both the infield and outfield.

Wade took to social media to thank the Yankees and the fans for supporting him.

@_tylerwade
New York, the last 9 years have been a dream. I canâ€™t thank the fans enough for embracing me and making me feel apart of the city. To All my teammates Iâ€™m gonna miss ballin and competing with yâ€™all! New York will always be apart of me!

Will the Yankees end up with a “turkey” at short?

Since the end of the World Series, the New York Yankee news has been all about replacing or finding a shortstop to replace the failed experiment with Gleyber Torres, who was moved late in the 2021 season back to second base.

First the news was that the Yankees would go big and make a splash with a big name like Carlos Correa or Cory Seager.Â  That seems to now turned to more of a discussion on the up and coming Anthony Volpe and Oswald Peraza. On this turkey day Yankee fans see a very cloudy picture as to who the 2022 Yankee shortstop will be. Joel Sherman has said the Yankees seem to no longer be participants in securing a top man to only being an observer. Meanwhile even ex-Yankee Nick Swisher has been praising the Yankee prospects. Stay tuned.