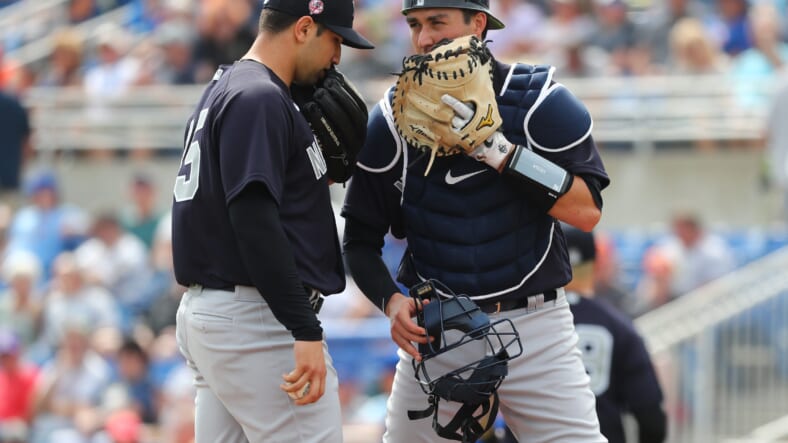 The New York Yankees and their fans are tired of getting to the brink of a Championship but always falling short. This past season, the Yankees lost the Tampa Bay Rays division and then lost the ALCS to them. The Yankees realize they must improve the team in doing that, they are faced with a multitude of players that become free agents this offseason, and at the same time must pay arbitration-eligible players more money. All of these decisions come as the New York Yankees lost a monstrous amount of money this past season, as Yankee General Partner Hal Steinbrenner stated.

One of the priorities the Yankee has to deal with is the free agency of DJ LeMahieu. DJ took over the leadoff spot in the lineup from Brett Gardner when he was hired in 2019. Since then, he has been one of the best Yankee players. Just like when Rivera took the mound in the ninth inning, when DJ steps to the plate, you know he’s going to get a hit or advance a runner. In 2019 he was Silver Slugger; in 2020 he won the baseball batting title, the only player to accomplish the feat in both leagues. DJ also leading off, sparks the other players in the lineup.

The New York Yankees will prioritize re-signing LeMahieu. He has just finished a two year contract that paid him $12M per year.Â  DJ likes playing in New York, but will surely want a sizable raise to keep his services at the Stadium in the Bronx. In signing him it’s hard to tell whether the 32 year old will be more interested in the length of the contract or the money amount. Probably a little bit of both. Without any knowledge of ongoing talks, it will probably take $20M a year to keep DJ in the Bronx and a deal that give him a guaranty of a income stabiltiy for at least the next four years. With money short and other issues to deal with, if DJ wants much more than that, the Yankees could let him walk, and test the free agent market.

The pitching situation, which many beleive caused the Yankee downfall this season, must be solved.Â  They really only have the $324M Gerrit Cole, beyond that they are in limbo. Masahiro Tanaka, James Paxton and J.A. Happ are all free agents. If the Yankees take any of them back it will most likely be Masahiro Tanaka, who has been more or less dependable. However if they do take him back it will be at a much discounted rate compared to what he now earns.Â  If Tanaka does not accep that, he may very well finish out his career in Japan.

James Paxton, with his injuries might be a risk for the Yankees, and J. A, Happ’s inconsistantly most likely will lead to the Yankees not negoiating to keep him. So that leaves the Yankees with three rotation spots to fill.Â  Tanaka if they keep him is no longer a number two starter.Â  The answer is to go out and sign the best pitcher in free agency Trevor Bauer, but that will cost big bucks, a shorter contract but nearly as expensive as Cole per year. There are other options the Yankees must look at: Marcus Stroman of the Mets, Julio Teheran of the Angels, Taijuan of the Blue Jays, or Adam Wainwright of the Cards.

If the Yankees can solve the number two starter situation with a premium pitcher, they can probably get by filling the remaining two spots with the bevi of young arms they have coming along.Â  Montgomery, Garcia, King, and Schmidt.Â  The bottom line is that if the Yankees don’t solve the pitching problem they will continue to lose when it counts. The Yankees also must consider the return of Luis Severino, and if he will be effective after his Tommy John surgery.Â  The Yankees most likely won’t be able to test that out until June at the earliest.Â  At this point, whether the Yankees will take back Domingo German is unknown.

The New York Yankees catching situation is just as complicated. The bottom line here is that the Yankees can’t continue to have a wasted space in the lineup with a catcher that can’t hit. In Gary Sanchez’s career, he has had some bright spots on the home run front but overall has failed to get on base most of the time. This past season has been his worst ever, he stayed healthy but hit only .147 on the year.Â  Put that together with his regressing defense, and the Yankees must do something.

The obvious thing is to go out and get J.T. Realmuto from the Phillies. He can hit 30 home runs a year; he can hit for contact and is also one of the best defensive catchers in the business. But again that would be costly.Â  Another possibility is getting a short-term fix with one of the Molina brothers, Yadier Molina, one of the best defensive catchers in the game. If the Yankee were to consider Molina the 38 year old would get a short term contract.

Looking at the situation, I feel the Yankees will not pay for the best catchers available, they will let Sanchez and Higashioka battle it out in spring training for that starting spot. It will also be important for the Yankees to re-sign the 40 year old Erik Kratz who works well with young pitchers and had the 3rd highest WAR of any available free agent catcher.