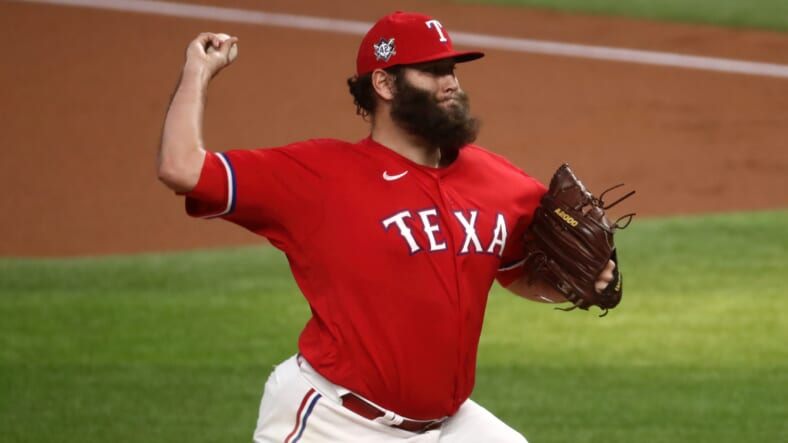 In 2019 the New York Yankees acquired DJ LeMahieu before the 2019 season from the Colorado Rockies. General Manager Brian Cashman has had some failure with a few players; this acquisition was a winner right from spring training 2019. The Yankees couldn’t have asked more from the second baseman. In his first year, he won the Silver Slugger Award for 2nd base. He hit .327 with 26 home runs. The Yankees would have been happy in 2020 if he just approached those stats. What they got was an even better performance hitting .364 in the shortened coronavirus season.

Looking at his 2020 stats and recalculating them for a normal 162 season, he would have 27 home runs with 192 hits. In 2019 his on-base percentage was .375, which also increased in 2020 to .421 thus earning that nickname, “the machine.” He was bestowed that nick because it seems when he gets to the plate, he nearly always puts the ball in play. Now at the end of this season, he has won his second Silver Slugger Award. He also won the batting title, being the first player ever to win the batting title in both leagues. He also is a finalist for American League MVP.

Now in the offseason, he is a free agent for the first time while being a Yankee. He got a two-year contract to play for the Yankees at $24 million. Being one of the best players in either league, he most certainly will demand more money and a more stable contract as he is now 32 years old. Most analysts project that he will command something in the range of $20 million a year, most likely for four years, when he will be 36 years old. If he wants much more than that or for a longer period, the Yankees could let him walk in this cash strapped season. There is no question that the Yankees will do everything in their power to keep the slugger in pinstripes.

Forget free agency for a minute; the non-free agent Francisco Lindor is one of the biggest prizes out there this offseason. USA Today first reported that the financially hurting Cleveland Indians are looking to dump their All-Star shortstop by trading him with just one year left on his contract.

Lindor is arguably the best shortstop in baseball, and the New York Yankees need a shortstop after a mostly failed season at short by Gleyber Torres. Another team that needs help at short is the cross-town New York Mets. If Lindor goes to either New York team, he will be more likely to go with the Mets. Although the Yankee need is great, the Yankees will more likely put their resources to improving their pitching rotation and bullpen.

Although it is doubtful that the Yankees will make a strong play for Lindor, they may get creative and try to find a way to get him in pinstripes. Like Derek Jeter, Aaron Judge, and Mike Trout, Lindor is the type of plays that can sell tickets to fill the stands at Yankee Stadium, just to see him play. Over the past five years, he tallied a total of 28.4 wins above replacement, as per Baseball-Reference.com. That ranks him sixth in all of Major League Baseball during that juncture. With nearly $70 million off the payroll, the Yankees will have to decide if they spend money on short or on pitching. They most likely will want to stay below the $210M luxury tax threshold, but that could change as the offseason hot stove heats up.

The New York Yankees should look to trade for Lance Lynn

The Yankees have lost out on the last several postseasons, and many believe that it is because of less than stellar pitching. It’s hard to argue against that notion. If you look at the dynasty years of the last ’90s and early 2000s, you see a consistent quality pitching display. If you compare that to now, regardless of Gerrit Cole, the pitching looks like the grocery store shelves before a natural disaster. There really outside of Cole doesn’t appear to be much left on the shelves except for a few things no one wants or needs. The Yankees must fix that. If the Yankees can afford to make only one or two big moves in the offseason, one of them should be trading for Lance Lynn.

Why does Lance Lynn fit for the Yankees? One big thing is that Lynn is a workhorse like CC Sabathia in his prime. He can eat innings and keep the bullpen pitchers in the bullpen. Even at 33 years old, Lynn pitched 84 innings this past season, the most in all of baseball. Think for a moment about Masahiro Tanaka, who can eat innings; he pitched only 48 innings.

Lynn is not an ace type pitcher but a solid middle of rotation guy. With Cole leading the rotation and a returning Luis Severino and possible return of Domingo German, Lynn would be a firm number four in the rotation. If the Yankees decide to negotiate with Masahiro Tanaka and bring him back at a discount, that will produce an extremely strong starting rotation, leaving Montgomery, Garcia, and Schmidt to fight for a place in the rotation and give the Yankees a really good backup of pitchers should someone become injured.

Lynn is a veteran pitcher with an uncanny ability to adapt to any situation. With the Texas Rangers in 2020, Lynn got off to a slow start, made adjustments, and came out of the season fifth in the Cy Young Award voting. The bottom line is that the is a near-perfect fit for Yankee Stadium. He pitches over six innings per game and a 6-3 record close to Cole’s performance of 7-3.

There are ups and downs to this trade. Lynn, as good as a pitcher as he is, is less costly than either Paxton or Happ, last year he earned only $8 million. In a year that the New York Yankees will want to save money, acquiring Lynn to solve the pitching situation is very economical. Lynn in 2018 with the Yankees when 3-2 in 9 starts, so we know the bright lights of Yankee Stadium are not a factor with Lynn. The downside to that trade is that the Yankees will most likely have to give up prospects that they may not want to give up, which will hurt. But the Yankees may have to take on some hurt to bolster the pitching rotation.