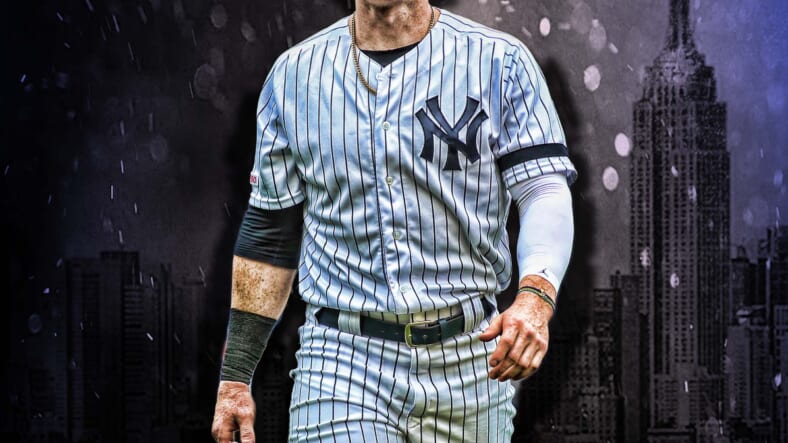 The New York Yankees have their first exhibition game today at 1:05 pm; it will be broadcast on the YES Network. Yankee players are excited to get to the season starter and super happy that there will be fans in the stands at George M. Steinbrenner Field in St Petersburg, Florida. The starter for today’s opening game will be Michael King, who was 1-2 last season, as announced by Yankee manager Aaron Boone on Thursday.

For the first time since March 12 of last year, fans will be allowed in the stands socially spaced. The tickets for today’s game were sold in pods of 2 – 3 and 4 seats. Those pods were sold with six feet between pods. So today, when you watch the game, the stadium will be 28% filled. That’s 3,000 fans in a stadium that normally holds 10,000.

It will be a perfect day for baseball in St. Pete, the weather forecast is for an 80-degree temperature throughout the game. It will be played under bright sunny skies with a few passing clouds, and with a nice light warm breeze from the south.

Gardner has paved the way for Clint Frazier

One year ago, Clint Frazier voiced a desire to play in the outfield and take over Brett Gardner’s job.Â  The New York Yankee’s Brett Gardner has been the veteran presence in both left and center fields, according to who was injured at the time. He has done that for the last eleven years. At the time, Frazier’s statement raised some eyebrows during spring training. Until last year Frazier had little hope of doing that as he mostly sat on the Yankee shuttle between Scranton and the Stadium.

All that changed last year when seemingly out of nowhere Frazier’s defense in the outfield took an amazing turn that eventually earned him a Gold Glove nomination and earned him a starting role in the lineup. One would think that Frazier’s comment a year earlier would not sit well with the veteran Gardner, but the opposite was true; he wanted the young man to succeed. Frazier, for his part, is happy to accept the challenge and even improve over last season.

â€œI think it starts with how Brett handled a young guy coming in that plays the same position as him and was vocal about wanting to win that job,â€ Frazier said. â€œJust how he treated me, he went about it in such a positive way that I felt like it was a big brother-little brother relationship. Heâ€™s such a good teammate.â€

Over the past several springs, Frazier has tailed Gardner, frequently picking the veteranâ€™s brain during drills and swapping good-natured smack talk. Those exchanges reminded Gardner of his own path toward playing time; he similarly chased Johnny Damon around Bombers camp beginning with his first spring in 2007. Gardner, for his play in 2009, won a World Series ring with the New York Yankees. Gardner has this to say about how last season ended:

â€œI didn’t want my career to end the way the season ended last year against the Rays,â€ Gardner said. â€œI wasn’t able to play in front of any fans all year for the most part, and my family wanted to see me play again. I went into the offseason fully expecting to be playing this season and expected it to be back here. This is where I want to be.â€

Now Frazier has the golden opportunity of his career being named the starting left-fielder, it’s his time to shine, and no one is more thankful for Brett Gardner than Frazier himself.

â€œHeâ€™s such a jokester; heâ€™s a little kid,â€ Frazier said. â€œI swear, heâ€™s more immature than I am. Heâ€™s been a light that is shining really bright for me. Iâ€™d selfishly like to have this guy around until heâ€™s like 50, just so I could finish my career with him.â€

Gleyber Torres on the upcoming season

All will agree that Gleyber Torres had a very sub-par season last year, bot at shortstop and behind the plate. In 2019 the young shortstop, although not perfect at short, he did lead the team with 38 home runs and a nice batting average. Strangely that all changed in 2020. At one point, he had more errors at short than any other shortstop, and he finished the year hitting only three home runs. Manager Boone commented that Torres got screwed up with two spring training camps and didn’t come into the season ready to play.

Any criticisms from his New York Yankee 2020 season have been tucked away far back in Torre’s mind. It’s a new season, and Torres says it’s a new beginning for him, and he intends to embrace it. The now 24-year-old is coming into the exhibition slate intent upon rewriting his narrative from last year.

â€œI just want to feel my body really work again and get better and better,â€ Torres said. â€œIâ€™ll be ready for the year and prepare myself really well. Iâ€™m working hard to be ready to win coming into the spring and the regular season.â€