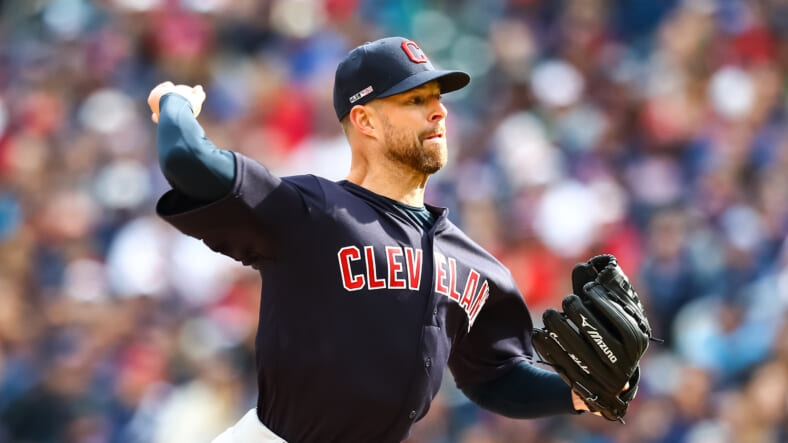 The New York Yankees have undergone one of the biggest changes in the club in years. After the season, they let three pitchers walk into free agency and made little or no attempt to retain them. Mashiro Tanaka provided seven years of mostly good pitching for the Yankees, but they let him walk with declining stats. He is now back with his Eagles of Japan, where he is a national hero. James Paxton is now with the Seattle Mariners, his old team, and J. A. Happ is with the Minnesota Twins.

Meanwhile, in an agonizing wait, the New York Yankees waited to see if they could resign batting champ DJ LeMahieu. Once they found out they could re-sign him with a creative deal that would cost them less than thought annually; they immediately got to work on deals they had been investigating. On the same day that they worked out a deal with Lemahieu, they hired two-time Cy Young Award winner Corey Kluber. In a matter of days, they added another arm trading with the Pittsburg Pirates for starter Jameson Taillon.

The Yankees took a certain amount of risk getting either of these pitchers due to neither pitching in the 2020 season. Kluber got hit by a ball in 2019, then was traded to the Texas Rangers. That didn’t go well as he suffered a shoulder injury and only pitch in one game. With the short season in 2020, he never got to pitch again. Taillon, on the other hand, is coming off his second Tommy John surgery. Both pitchers are healthy now and ready to go at the start of the season.

The New York Yankees already has one of the best starters in the game in their employ, Gerrit Cole. They also have Jordan Montgomery, who is now two years from his Tommy John surgery. Add to that; they have the returning Domingo German that also didn’t pitch last year but was 18-4 in 2019. Add to that; the Yankees have plenty of depth to rely on. Bright young stars like Deivi Gracia, Charke Schmidt sitting in the wings should any of these players get injured.

Mid-season, they have Luis Severino coming back. Severino in 2017 was 14-6 and in 2018 was 19-8. Severino underwent Tommy John surgery in 2019 and did not pitch in 2020. If any of these pitchers come back to form, the Yankees will have the most awesome starting rotation in the American League East, if not all of baseball. If they don’t, they still have plenty of budding options to look to.

Looking at the other American League teams, it’s hard to believe that any of them stack up to the Yankees. The Houston Astros, who probably have the next best rotation, are without their best pitcher services in Justin Verlander. He will not be a factor in 2020. Last year’s division-leading Tampa Bay Rays did themselves no favors by letting Charlie Morton walk to the National League Atlanta Braves. Then in one of the most mystifying moves of the offseason, they traded away their ace Blake Snell to the San Diego Padres. The Rays still have Tyler Glasnow, but with Blake and Morton gone, the Rays don’t have the pitching to pull off another upset of the Yankees.

The Red Sox are a joke, so no sense in talking about them. Add the Baltimore Orioles, and you have the two teams that will not make the postseason. The New York Yankees’ main contender in the East is the Toronto Blue Jays. They have a bonified ace in Hyun-Jin Ryu, but beyond that, it falls off sharply. They have a great young lineup, but their pitching will fail them.

Outside of the division, the next best rotation belongs to the Chicago White Sox. They have Lucas Giolito and obtained co-ace Lance Lynn. Dallas Keuchel is pretty well washed up, Carlos RodÃ³n and Michael Kopech, and you don’t want to rely on either of them starting games. The White Sox, however, will most likely lead the AL Central. The Cleveland Indians have one of the best pitchers in baseball, leading off Shane Bieber, but they traded away Carlos Carrasco in their Lindor trade with the New York Mets. Not sure they will contend this season.

The Oakland Athletics will be an interesting team to follow this season. The A’s rotation is actually very stable. It has Luzardoâ€™s sky-high upside, a guy with a very high floor in Chris Bassit (2.29 ERA in 63 frames in the 2020 season), and MontÃ¡sâ€™ bounceback potential. After that, Manaea and Fiers offer league-average innings at the back. The key for the A’s will be if A.J. Puk comes back healthy, he could be a difference-maker. The Minnesota twin has a good one-two punch with stable anchors. Two questions for the Twins are what will J.A. Happ do and can their lineup can carry them.

For all teams going from a 60 game season to a 162 game season will be a challenge. It will certainly be interesting to watch. Play ball!