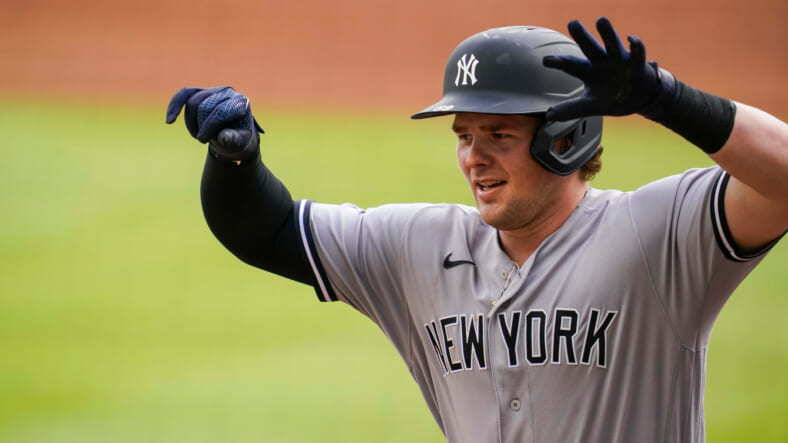 Last night the New York Yankees started a three-game set with the Seattle Mariners on the west coast. In the late-night game on the east coast, the Yankees desperately needed a win after losing three straight series and sinking deeper in the AL East standings. They did win, and in a big way, they outscored the Mariners 12-1.

No one was happier this morning than Jameson Taillon; he pitched an absolute gem last night in Seattle against the Mariners. In an after-game interview this morning, he could hardly contain his joy. Last night he had the start that he and the Yankees have been waiting for all season. He pitched a full seven innings allowing only four hits and one earned run while striking out 9 Mariners.

Last night was a difference-maker for Taillon; he had an excellent command of all of his pitches, and he did what he has had so much trouble doing, he found his put-away pitch. The New York Yankees acquired Taillon in a trade with the Pirates. He was coming off two Tommy John surgeries. The Yankees were taking a high reward risk acquiring him and Cy Young award winner Corey Kluber with the hopes that they could return to their previous form. Kluber already showed that he could with a no-hitter against Texas on May 19th. Meanwhile, Taillon still struggled. But, with last night’s performance, he has shown the type of pitcher he can be.

Bronx Bombers were back for at least one night

Last night was not only a big, much-needed win for the Yankees, but it could signal a turnaround for the team that mostly hasn’t been able to hit. Aaron Judge and Giancarlo Stanton have been hitting all season, but Luke Voit, who didn’t start the season due to knee surgery, hasn’t been hitting since his return. Voit is important to the lineup because he can be the third home run power hitter. He hit 22 in the short 2020 season. After he gave a harsh assessment of his performance, he exploded last night, going five for six for the first time in his career.

Voit got five hits driving in three of the Yankees runs, and did it without hitting a home run. He Obviously found his stroke again, which is good news for the Yankees going forward. If that wasn’t good enough news for the Yankees, all the players took part in the party as the Yankees hit a season-high 18 hits and scored a season-high 12 runs in the game. Giancarlo Stanton and Rougie Odor both had multi-run home runs. Aaron Judge and Luke Voit both had extra-base hits. Last night, the big difference is that the Yankees hit when it counted driving in that season-high run count. The only player without a hit was Gary Sanchez, who was patient at the plate and walked twice.

It would be a great misstatement if I said that Aroldis Chapman has a good inning in the ninth last night, but it did show an improvement as he struck out 3 Mariners in the inning and did not allow a run. Chapman has been bad in his last few closes, allowing home runs and walks. In his last three closes, he has given up 8 walks, and 2 home runs with a blown hold and his fourth blown save. After an ERA of 0.00 through his first 18 games, his ERA has risen to 22. That’s not 2.20; it’s twenty-two in just his last nine games.

In the bottom of the ninth inning last night, Ty France singled on the first pitch from Chapman. Jake Fraley struck out on a 95mph fastball. France went to second on a Chapman wild pitch. Luis Torrens walked. Jack Bauers struck out. With last licks on the line, Dylan Moore, with two on and two outs, walked. Shed Long Jr. followed by striking out to end the game. It certainly wasn’t pretty, but Chapman got the job done.