New York Yankees: Luke Voit “tore everything down there” in 2019 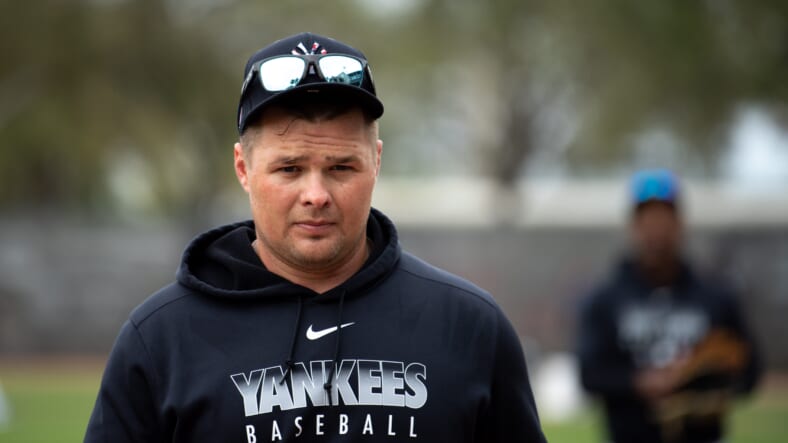 When New York Yankees‘ first baseman Luke Voit landed on the injured list with a sports hernia in 2019, most believed he would return at some point during the latter portion of the season. However, Voit ended up missing the entire post-season, forcing DJ LeMahieu into a starting role at first.

Voit’s injury was a bit more severe than previously thought, as a Philadelphia specialist gave him problematic news.

â€œHe told me I tore everything down there,â€™â€™ said Voit. â€œI was happy because of how bad the season ended for me last year. I was just like, â€˜Wow, I didn’t really know it was that bad.â€™ I tried to fight through it. I’m a competitor, I want to play. I’m feeling good and ready to get things rolling.â€

Luke continued to play through the pain in the early stages before shutting himself down, only to find out he had shredded his lower abdomen. The first injury he picked up was in July against the Red Sox in London (abdominal strain), and the second was a sports hernia in late August.

He managed to convince the training staff to clear him before playoff action began but didn’t feature in any fashion. He was more of a last-resort player.

Voit will be looking to leave his mark in 2020 after having a successful 2019 campaign before his injury began to affect his performance. Hitting 21 homers and driving in 62 runs last year has put him in place to succeed after joining the Yankees as an unexpected contributor.

How did Luke Voit fare fore New York Yankees after his injury?