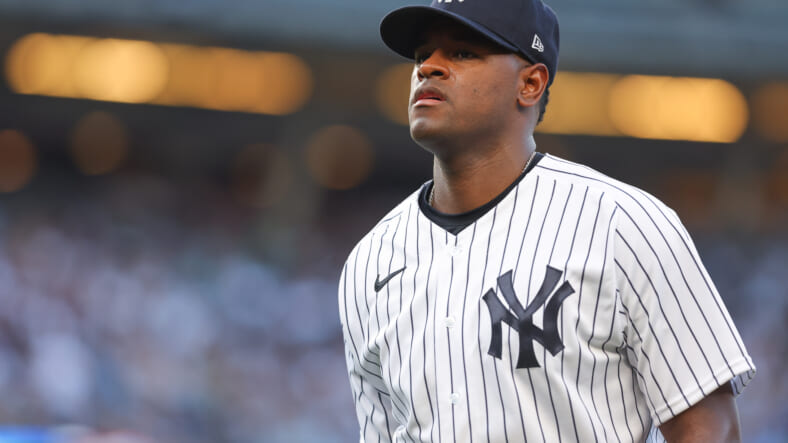 The New York Yankees would preferably like to get starting pitcher Luis Severino a few game’s worth of action before the postseason rolls around. Severino has been on the 60-day injured list for quite some time, making his last appearance on July 13 against the Cincinnati Reds. He gave up four earned runs over 2.0 innings, eventually being taken out with shoulder discomfort.

However, Severino is making a diligent return, and the recovery process is going well. Having already experienced a few rehab assignments in Somerset, striking out two batters in his last inning of action and touching 99 mph on both strike-out pitches, it seems as if he’s finally back and ready to go.

The Yankees announced on Thursday that he would start a rehab assignment with Triple-A Scranton/Wilkes-Barre, indicating he’s getting extremely close to returning to the big leagues.

It is yet to be seen how the Yankees will utilize him during the postseason, whether it be at the back-end of the starting rotation or as a premier bullpen arm who can mitigate fatigue and iron out poor starting performances.

If the 28-year-old starter shows dominant play down the stretch, it might be difficult for manager Aaron Boone to leave him out of the starting rotation in the playoffs.