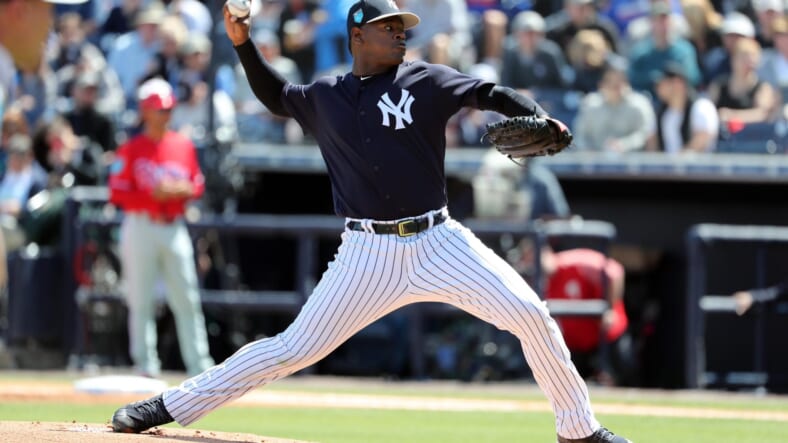 Well, the New York Yankees haven’t started spring training in an ideal way. After losing James Paxton to a lower-back cyst, Aaron Judge was then diagnosed with soreness in his shoulder. They say “third time is a charm,” which inevitably meant Luis Severino would go down with a forearm issue.

Yankees manager, Aaron Boone, told reporters on Thursday that Severino would see Dr. Chris Ahmad after being shut down. GM Brian Cashman said something completely different, expressing his lack of knowledge over the length of the injury or whether it would require a doctoral visit.

Boone also stated that Severino suffered a loose body in his elbow following his last playoff start against the Houston Astros on October 15.

The Bombers’ No. 2 pitcher missed all of 2019 virtually, and to start off 2020 on a negative note wasn’t what he anticipated. With Paxton already out for a minimum of three months, the Yanks are already facing a starting pitching crisis. Can somebody say, “Deivi Garcia?”

Losing Luis is significant, as he posted a stellar campaign in 2017-18. Logging a 3.39 ERA in 2018, Severino earned an All-Star appearance. His 19-wins and topping 200 strikeouts for the second-consecutive season set him up perfectly to take a big step forward in 2019. The rest was history.