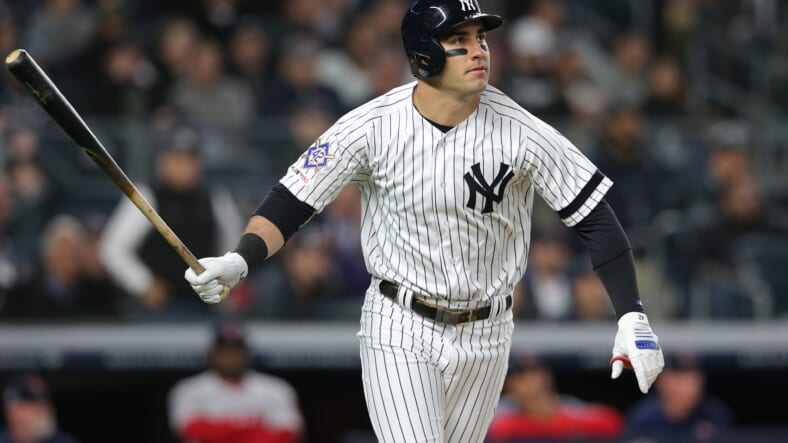 New York Yankees assistant GM Mike Fishman pursued Lucas Luetge each of the past two years and signed him to a minor league deal this offseason, he said, â€œA lot of people are talking about him [in camp]. He is opening eyes with how he is performing â€” and the quality of the stuff, too. He has swing-and-miss pitches.â€ Luetge has been trying to get from the minors to the majors for the last six years. He did it for just one game back in 2015. He pitched 2 1/2 innings of shutout ball. But his return to the majors has been elusive.

For the Yankees, Luetge has faced 11 hitters in three spring games and struck out eight. On Sunday against Philadelphia, he wiped out the 1-2-3 of the order â€” Andrew McCutchen, Didi Gregorius, and Bryce Harper. The Yankees are impressed, but will he make the 26 man roster? After June 1st, he can get out of the Yankee deal.

He started his pitching career with the Seattle Mariners and was with them for four years, but he was given assignment after his major league start. Since then, he has been in the minors for the Brewers, Angels, Reds, Orioles, Diamondbacks, Athletics, and now at age 34, later this month, he may have his best chance of a Major League spot. However, he will have to fight for that chance with other lefties.

What lies ahead for Mike Tauchman?

This spring is either do or die for Mike Tauchman; if he doesn’t make the 26 man roster out of spring camp, he is a goner; no options remain. Or he could be traded before the deadline. The 30 year-old outfielder, who broke out in the second half of 2019 but struggled in 2020, is on the 26-man roster bubble and has no minor league options remaining. The problem for the New York Yankees is that Jay Bruce, Derek Dierich and Tauchman are all competing for the same last bench spot.

Right now Jay Bruce seems to have the edge in making the 26 man roster. He has two home runs and is batting .455. Tauchman is doing himself no favors, he is batting just .167 after a poor season last year. The present bench in the 26 man roster includes a guaranteed set for Kyle HIgashioka, Brett Gardner, Miguel Andujar, and that one vacant seat. It is assumed that Mike Ford and Tyler Wade will start in the minors. Bruce could drop out of the equation if he opts out of his contract on March 25th. If the Yankees are not going to keep T-Man in the majors they will have to trade him before the season starts or the will get nothing for him and he will be gone forever.

The New York Yankees will face the Pittsburgh Pirates tonight at the Yankee home. The Yankees have announced that Domingo German will be starting the game, with a lineup headed by DJ LeMahieu, Aaron Judge, and Brett Gardner leading off in the first inning. German will be facing the Pirates pitcher Tyler Anderson.

In his outing last week, German was near perfect, pitching two innings while allowing only 1 single and no walks. He struck out 4 hitters; thatâ€™s 18 per nine innings.Tonight he will likely be extended to three innings of work. The game tonight is at 6:35 pm and will be televised on the YES Network.