New York Yankees: How Manny Machado Would Shake Up The Infield 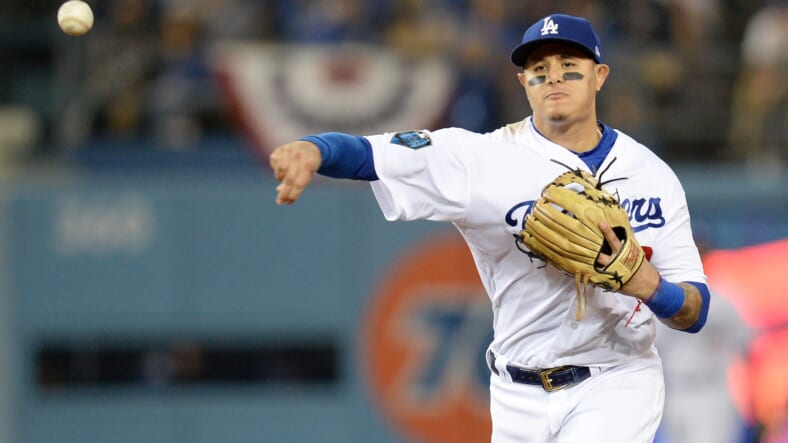 With reports indicating that the New York Yankees will sign superstar free agent Manny Machado early in the New Year, it’s justified to take a look at how the infield will be impacted and who might be moved around.

Right off the bat, we can make the assumption that Machado will fill in at shortstop while Didi Gregorius heals from Tommy John surgery. The former Oriole and Dodgers third-baseman is naturally a SS, which presents the Yankees will an intriguing opportunity to allow their youth to develop but to also utilize Machado to the best of his abilities.

Miguel Andujar being at third-base will surely put a question mark on his future, especially if the Yankees are keen on Machado moving to the position he played in 2018. Otherwise, he could become the everyday SS and remain there after Didi becomes a free agent next winter.

My question is: What would the Yankees do with Andujar?

The second-year pro was a phenom at the plate last season, earning a .297 BA with 27 home runs and a .328 OBP. His productivity in the field was a bit different, as he recorded 15 errors at third-base. Machado is a two-time Gold Glove winner and will surely improve the defense in the infield, and it will ultimately come down to what position the Yankees want to upgrade the most.

Personally, I like the idea of Andujar remaining at third and developing his skills for a second-season at the professional level while Machado takes over at short. This would allow them to continue to factor in their youth star and retain him for the future. Rumors have bubbled to the surface that the Yankees are willing to part ways with Andujar if a starting pitcher is involved. That proposal would be the only one I would genuinely entertain.

What about Didi Gregorius?

The return of Didi will pose a few difficult decisions later in the year. Returning from a significant throwing arm surgery can have lingering effects, which could play a part in the Yanks parting with a clubhouse and fan favorite.