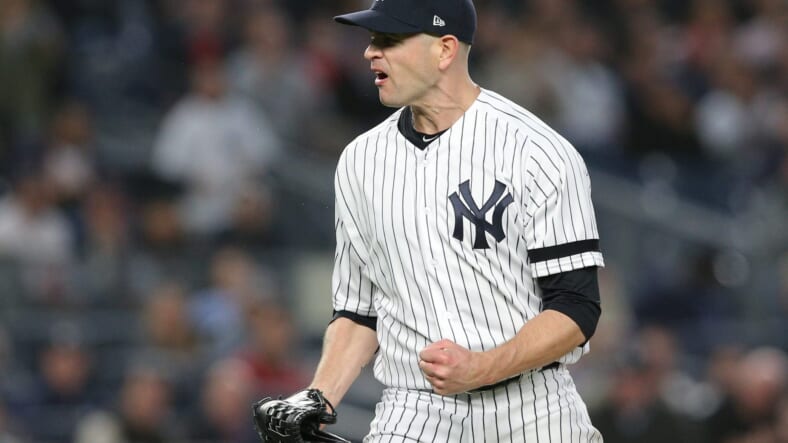 There’s no question that Luis Severino can be an ace in the MLB, especially after in incredible first half of the 2018 season for the New York Yankees. He finished the campaign with a 3.39 ERA, racking up 220 strikeouts over 191.1 innings.

Severino is a quality rotational arm and has the tools to be the Yankees’ No. 1 starter given they don’t bring in a player like Gerrit Cole or Stephen Strasburg this offseason. However, James Paxton might be climbing the rotational slots to slide in ahead of Severino, after an impressive 2019 season where he dominated in the postseason and offered consistent performances throughout the second half of the year.

Paxton had a bumpy inaugural season with the Yankees at times, though, logging a 9.00 ERA in the first inning of games before gaining confidence later on in the year. He showed he could be a trustworthy starter once he adapted to the anxiety and intensity of the Bronx. In the second half of the season, he went 10-2 and earned a 3.63 ERA compared to his 5-4 start.

Injuries have always been a significant concern for “Big Maple,” but he managed to start 29 games in 2019, the most in his entire career. That’s an extremely positive sign for a Bomber’s team that was plagued by ailments last season, forcing them to travel into the postseason without Giancarlo Stanton, Luke Voit, a healthy Aaron Hicks, Dellin Betances, and a rusty Luis Severino.

If the team can remain healthy in 2020, they will have a far better chance at reaching the World Series.

Who helped the New York Yankees extract the most value out of James Paxton?

Former pitching coach Larry Rothschild helped Paxton rely more on his knuckle-curve in 2019, which helped him rack up strikeouts and swing/miss ratio. After making the change, Paxton won ten consecutive games, helping his team reach 103 wins on the season.

The Yankees can go into next season, confident that Paxton will perform at a high level. If he can replicate the second half of the 2019 season, manager Aaron Boone will have a great starting rotation to work with.