New York Yankees: DJ rejected his qualifying offer, some big names have said no to the Yankees 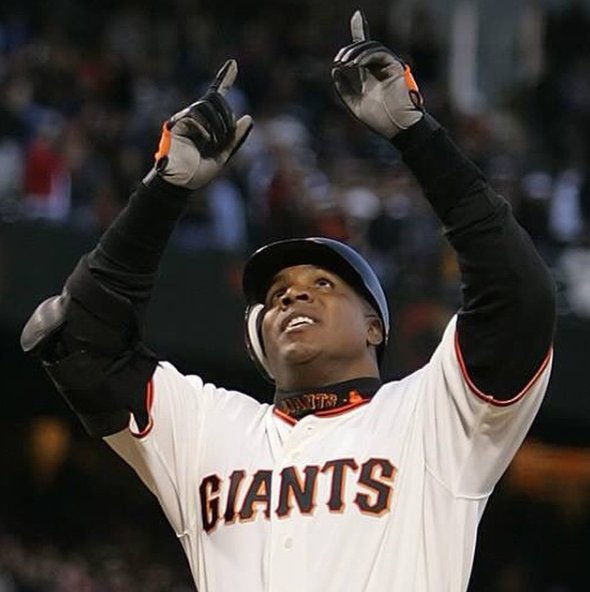 The New York Yankees offered slugger DJ LeMahieu their only qualifying offer of the offseason for $18.9 million. The star said no, and chose to be a free agent instead. Now over two months into the offseason and the Yankees are in a stalemate with the star, not over money but over the contract’s length, the Yankees are willing to offer. The Yankee’s wish list includes signing the stud for three years at $75 million. DJ wants more security and a contract for five years. With at least three other teams interested in the batting champ, he may say no to the Yankees.

Forget Bonds tarnished career; he was one of the best players in the game for many years. At the age of 28, after the 1992 season with Pittsburgh and a record of .311 with 34 HR and 103 RBI, Bonds was a free agent and looking for a new home.

After the 1992 season, the Yankees ended up 20 games behind the first-place Toronto Blue Jays, and the Yankees needed guys who could put up numbers, and the remarkable Barry Bonds was their target to make that happen. They thought they were going big in offering Bonds a five year $36 million contract.  Compared to today’s deals, that might not seem like much, but it was a big-money contract for the time.

Bonds all but laughed at the offer and instead signed with the San Francisco Giants, where he put up big numbers for  Giants over 15 years while hitting a record 586 home runs. It cost the Giants $50 million over the first seven years plus a signing bonus.

Greg Maddux was one of the most successful and popular starting pitchers of the ’90s.  Also, coming off the losing 1992 season, the Yankees, much like this year, needed a dramatic upgrade in their pitching rotation. In 1992 Maddox was a 20 game-winner, and the Yankees wanted him to lead the rotation as the Yankee’s ace.

General Manager “Stick” Michaels brought Maddox to New York and wined and dined him all over the city hot spots; he even arranged a meeting with Donald Trump. Wanting Maddox as much as they wanted Bonds, the Yankees made him a big offer. They offered him five years for $34 million that included a $9 million signing bonus. Maddux wasn’t impressed and said no, instead of accepting a deal with the Atlanta Braves.

Maddux would win a World Series win in 1995 with the Braves but was denied a second ring in 1996. He won game 2, but the Yankees would come back and win four games back to back for the World Series crown.

After the 1996 season, outfielder Ken Griffey Jr. was one of the most coveted free agents in baseball history. While the Yankees never made him a formal offer because Griffey made it quite clear that he had no interest in becoming a Bomber.

Griffy explained it wasn’t a money issue; it’s just something he could never do. It seems the issue was that when his father played for the New York Yankees in the ’70s, the young Giffy wasn’t allowed to accompany his father into the clubhouse due to team rules that did not allow children in the clubhouse. Apparently, it’s not something he ever got over.  In 2008 he told the New York Post what he thought about the Old Yankee Stadium: “My favorite Yankee Stadium memory? It’s leaving Yankee Stadium.”

We all associate David Cone with his perfect game and amazing feats on the mound, but all was not always good with the relationship. When Cone was coming off his World Series win with the Blue Jays, the Yankees made him an offer to play at Yankees Stadium. Cone sat on the offer, basically saying no; the Yankees later withdrew the offer.

But Yankee fans would still see his services as he did sign with them in 1996 and had a perfect game and won the World Series for the Yankees that year. Cone has still associated with the team calling games with Michael Kay at Yankee Stadium and for YES Network.

Cliff Lee was coming off a season where he destroyed all opponents during the 2009 season for the Indians and the Phillies. And that was after a 22 game winning season in 2008. The Yankees just had to have Lee to enhance their pitching rotation.

Lee was a free agent, and the New York Yankees offered him a huge contract for six years worth in the $140 million territory. Lee said no and signed with the Phillies for less money. Interestingly in the same year, the outfielder Carl Crawford was also available. The Yankees really wanted him for a backup to their less than the stellar outfield. General manager Brian Cashman wined and dined the star. Cashman made his play for Crawford, but he too said no, instead signing a $142 million contract with the Red Sox.

Hopefully, for the Yankees, DJ LeMahieu will not be the next big name to say no to the Yankees. But at this point, while the Yankees do nothing to improve the team while waiting to see if they can sign him, maybe a no would be better than continuing to wait while needed players are signed with other teams. Only time will tell.