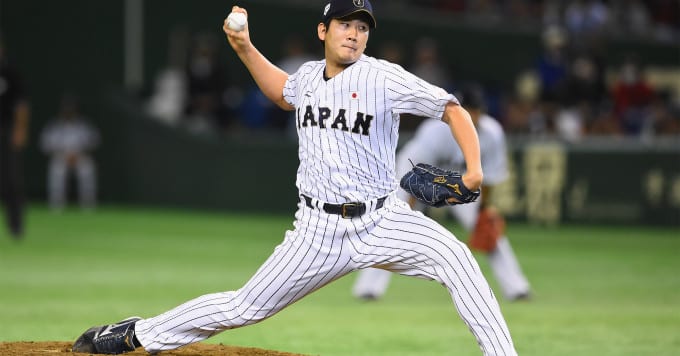 As expected, the New York Yankees have made a qualifying offer to DJ LeMahieu. That offer is for one year at $18.9 million. The chances that DJ will accept that offer is the same as saying the New York Mets buy the Yankees. It just isn’t going to happen. DJ will want something in the $20 million range and for as long as four years.

LeMahieu has been everything the Yankees could have wanted and hoped for. He is an elite leadoff man, who won the batting title this year, won the Silver Slugger award last year, and has provided excellent defense for the New York Yankees at second base. DJ has three Gold Glove Awards to this name. All that said, If DJ demands much more than $20/4yrs in this cash strapped offseason, the Yankees could very well let him walk. With the qualifying offer, it will be more difficult for other teams to acquire him as they will have to give up a draft pick, which could be a high as a number one draft pick.

Is Masahiro Tanaka’s time with the Yankees over?

What is interesting in the LeMahieus qualifying offer is that the Yankees did not offer it to any other Yankee free agent, and that includes Masahiro Tanaka, who many thought if any pitcher were retained, it would be Tanaka. Could this indicate that the Yankees will be moving on from the “Tank”? The answer is yes but not necessarily? The Yankees could still negotiate with the free agent. If they do, they will be looking for a short contract at a very deep discount.

Tanaka has been a mostly dependable pitcher for the New York Yankees for the last seven years. But his record for the last two years has been shaky at best, even though he increased his average fastball by an mph last season. But that has been wiped out by decreased ground ball outs and his propensity to give up the long ball. If the Yankees move to keep Tanaka, they will likely offer him something in the ballpark of $12 million, the same they did for James Paxton, who also did not receive a qualifying offer.

Will the Yankee’s trade-off Aroldis Chapman?

There is a lot of scuttlebutt out there about the Yankees trading for this player of that player, so is it possible the Yankees will look to dump payroll in this cash short postseason by trading off Aroldis Chapman?Â  Probably not, but it is not beyond the realm of possibilities.

What makes this a possible scenario is that the Yankees exercised Zack Britton’s option and signed him through the 2022 season. Considering that Aroldis Chapman is no long unhittable and has given up postseason ending runs to the opposition two years in a row, it makes Zack Britton even more attractive to close games for the Yankees. When Chapman was tested positive for the coronavirus, Britton got eight consecutive saves for the Yankees.

Baseball scouts and sportswriters alike consider Tomoyuki Sugano as Japan’s best pitcher. His team will likely post him, the Yomiuri Giants, the team the Yankees will have to pay a portion of his contract to if they sign him. Sugano has excellent numbers and is ideally suited to Yankee Stadium. This year so far, he has gone 13-1 with an ERA of 2.05. His eight year career numbers should be scary for any team facing him, he is 100-50 with an ERA of 2.35.

With all the talk of the Yankees targeting Trevor Bauer, Corey Kluber, and Kevin Gausman, the New York Yankees could just forgo the American market and go for Sugano instead. If they did, they would get a bargain as Sugano only earns $7 million a year. Sugano would not be an ace in the American market, but according to reports would be a solid number three starter, which will likely make him interesting to the Yankees. He is still playing as the Japan League was delayed a month.

Sugano can be posted from Nov. 8 to Dec. 12 and must sign with a MLB team within a month of being posted. If he is posted, the Yankees will not be the only team looking at him to imporove their rotation. The rumor mill has the Seattle Mariners and the Toronto Blue Jays interested in the 30 year old pitching sensation.