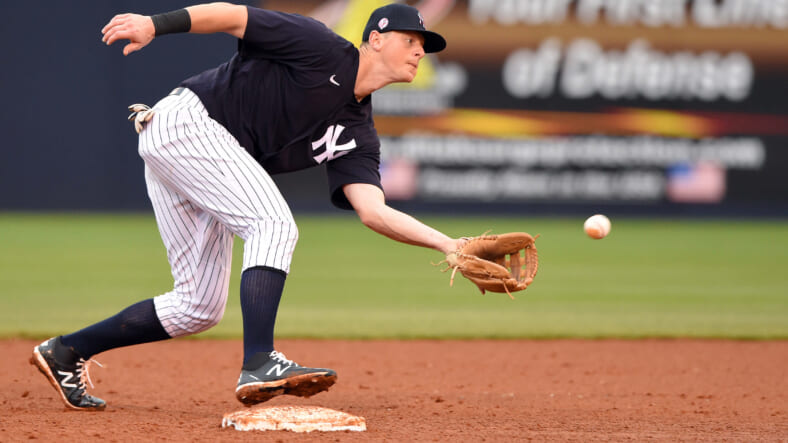 In an unsurprising move, New York Yankees’ second baseman DJ LeMahieu will reject the qualifying offer that the team extended to him. The offer was for one year and $18.9 million. Now, the reigning MLB batting champion will test the free agent market and see what kinds of contracts he could get out there.

MLB.com’s Mark Feinsand reported the news, citing sources familiar with the situation. The fact that LeMahieu will reject the New York Yankees’ qualifying offer doesn’t mean that he won’t return. It was an expected move.

The Yankees, though, haven’t yet confirmed the report. LeMahieu is reportedly looking for a multiyear contract, and given the performance he had in the last two seasons, he could certainly get three or four-year offers around $20 million per year.

LeMahieu led the Yankees in fWAR for the two seasons he played in the Bronx. His 5.4 mark paced the club in 2019, and the 2.5 he put in 2020 also led all players in the team by a considerable margin. Few players in the free agent market offer his offensive prowess and defensive versatility.

The Yankees’ most valuable performer

For the year, LeMahieu slashed .364/.421/.590 with 10 home runs, a .429 wOBA and a tam-leading 177 wRC+. He is one of the three finalists for the MVP award in the American League, with Jose Abreu of the Chicago White Sox and Jose Ramirez of the Cleveland Indians.

The deadline for players to accept or reject the qualifying offer is today at 5:00 pm ET. The Yankees’ star was one of six MLB players to get one, along with Phillies catcher J.T. Realmuto, Astros outfielder George Springer, Reds right-hander Trevor Bauer, Mets right-hander Marcus Stroman and Giants right-hander Kevin Gausman.

Retaining LeMahieu is one of the Yankees’ top priorities in the offseason. If they fail to land his services, they would lose one of the most valuable players in the league and will need to find a replacement in the infield.