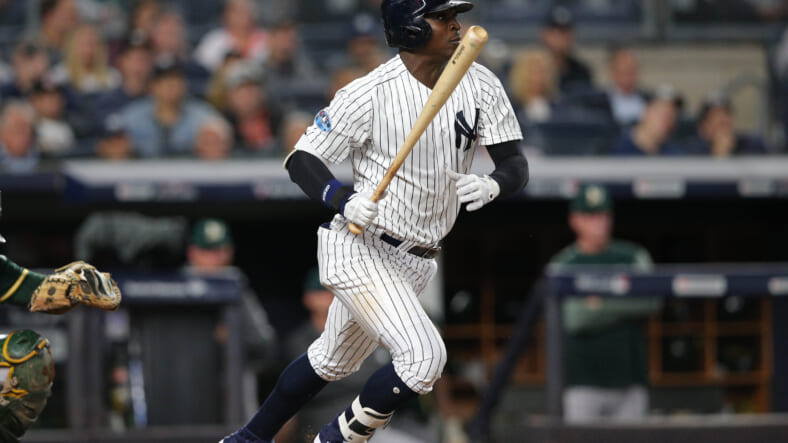 Former New York Yankees shortstop Didi Gregorius had a recent appearance on WFAN radio and he spoke about several subjects. As you know, he said that Gleyber Torres is the future at the Bombers’ shortstop position, and that he doesn’t think the Yankees want him back at this point.

Gregorius, who played with the New York Yankees from 2015 to 2019, will be a free agent after the World Series. He played with the Philadelphia Phillies, and was managed by former Yankees’ skipper Joe Girardi.

Asked in the show about the differences between Girardi and current Yankees manager Aaron Boone, Gregorius had an interesting answer.

â€œThe biggest difference? Letâ€™s see,â€ Gregorius said. â€œTheyâ€™re both good managers. For me, the only thing I see different is Joe goes more with his instincts â€“ thatâ€™s what I think â€“ and Boone goes more with analytics.â€

During the American League Division Series, the Yankees were criticized for basing some decisions, including the infamous Game 2 “opener”, on analytics.

The Yankees and analytics

Gregorius explained: “Thatâ€™s what the team is doing now most of the time. I always tell people I understand the analytics part of the game, but youâ€™ve also got a take the heart of the player. You canâ€™t measure that on paper or anything.

â€œSo I think they still have to consider that you also have to trust the player, and if (Boone) sees something and he wants to do something different, then he should be allowed.â€

For what it’s worth, Boone says he has complete freedom to build the lineups and make pitching decisions, and general manager Brian Cashman and Hal Steinbrenner have similar stances. But most agree that analytics play a role in making these decisions.

Gregorius said he was happy to be reunited with his former manager in the Yankees. Girardi was in charge until 2017.

â€œFor (Girardi) to get a chance to be back on the field and bringing happiness to people, that was one of the greatest things,â€ Gregorius said. â€œHe talks to the guys. He keeps the confidence up in. Heâ€™s a great manager.â€