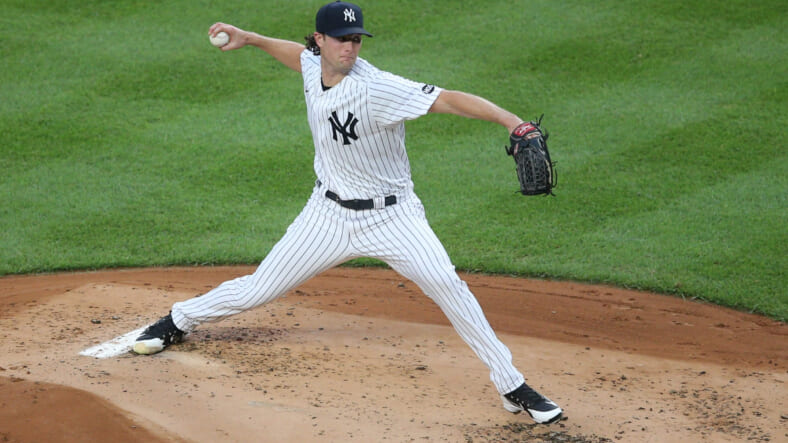 The New Detroit Tigers manager is A.J. Hinch, the infamous manager of the 2017 Houston Astros. He is coming off a suspension for his part in the Astros cheating scandal that may have cost the New York Yankees an appearance in the World Series and cost Aaron Judge the Rookie of the Year Award that was awarded to Jose Altuve. No doubt he will not receive a polite welcome at the stadium tonight.

Tonight the Yankee’s ace Gerrit Cole will take the mound facing the Tigers’ Tarik Skubal, a lefty with a 0-3 record with an ERA of 5.21. Cole has a 3-1 record with an ERA of 1.71. Cole is coming off his most impressive win of the season when he beat the Cy Young Award winner Shane Bieber. He stuck out 11 Indians in seven innings of work. Skubal is coming off a 2 2/3 inning loss to the Royals. He has pitched only 19 innings combined in his five starts.

The second game matinee of the series will feature Jameson Taillon on the mound for the Yankees and Spenser Turnbull for the Tigers. Taillon has stumbled a bit early this season, going 0-2 with an elevated ERA of 6.23 but with 21 strikeouts. He had one of the worst starts of his career when he faced the Tigers in 2018; he gave up 10 hits in just 3 2/3 innings. Turnbull has a 1-1 record with an ERA of 3.27. His last start was against the Royals; he took the loss giving up 3 runs across six innings of work.

The finale of the 3 game set will be on Sunday, and we will see Corey Kluber on the mound at the Stadium for the Yankees. He will face the Tigers’ Jose Urena. Urena’s record is 1-3 with an ERA of 3.77, Kluber’s record is 1-2 with a 4.15 ERA. Kluber is coming off his best start of the season, a win against the Orioles when he gave up just one run going into the seventh inning. Urena is also coming off his first win of the season despite having 5 errors committed in the game. Urena has pitched well against the Yankees. He has a 2.16 ERA against the Yankees in two career starts.

The weather at Yankee Stadium in the Bronx, New York, should not be a problem for any of the three games. Wind could be an issue tonight when winds could gust to 40 mph. Both weekend matinees should be sunny with temperatures in the mid-’70s.