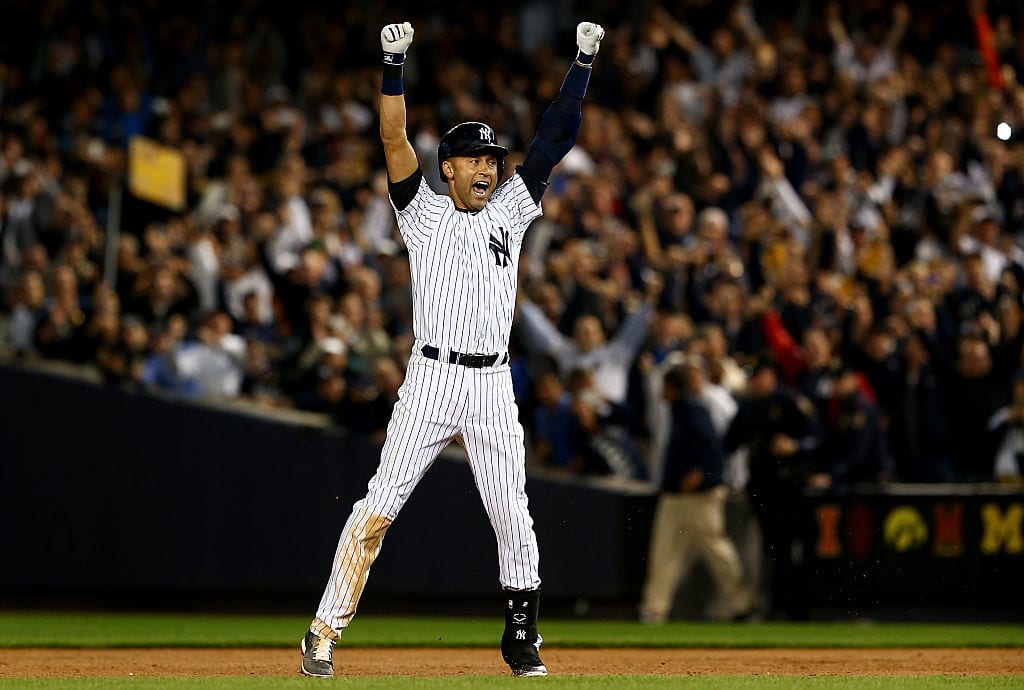 The New York Yankees ushered Derek Jeter into the Promised Land this week, a great land called the Hall of Fame, where players go to establish their legacy in the history books.

Mr. November provided us with moments that can only be experienced once in a lifetime — from incredible catches, throws, home runs in the postseason, and inspiration. Jeter’s legacy lives on through every player that puts on the Yankee Pinstripes and steps out into the new Yankee Stadium, and while Derek featured mostly at the old park, it’s the franchise that holds his remembrance.

Players have come out and stated their appreciation for the former shortstop:

Hereâ€™s the scouting report from Yankees scout Dick Groch on Derek Jeter. In a call before the 1992 Draft, Yankees execs had some concern Jeter would go to University of Michigan first. Groch stepped in: â€œHeâ€™s not going to Michigan. Heâ€™s going to Cooperstown.â€ Tip of the cap, sir. pic.twitter.com/1i5wDYpLHj

Take a look at the first prospect report by Yankees scout, Dick Groch. At the bottom he states, “A-Yankee!” “A five tool players, will be a MLB star! +5!!”

The Yankees didn’t know it yet, but the lanky kid who couldn’t help but wave his bat in anticipation at the plate was going to become an icon in New York and have a street named after him some 18 years later.

However, the video that has all of Twitter shedding a tear is his Air Jordan commercial, detailing the respect for Jeter across the league and ultimately the country.

This commercial embodies every New Yorker and their feelings toward Jeter, but his statistical production speaks for itself, especially in an age where modern analytics looks to degrade every player in one way or another.

What Derek produced during his time in Pinstripes was nothing short of exceptional, and now it’s time for us to appreciate every single moment.