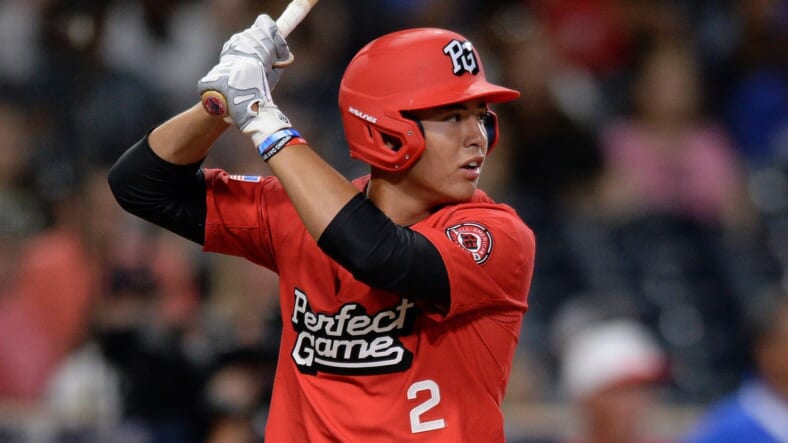 The New York Yankees have been lucky to have Damon Oppenheimer, director of Yankee scouting since 1988.Â  The 58-year-old Oppenheimer is Vice President and Director of Amateur Scouting for the New York Yankees.Â  He played college baseball for USC; he was a catcher for the college team.Â  In 1985 he was drafted by the Milwaukee Brewers.Â  He played one season for the class A Beloit Brewers.

Oppenheimer became the director of player personnel for the Yankees in 2001. He was promoted to scouting director in 2005. The coronavirus has presented some unusual challenges to Oppenheimer and his scouts.Â  It’s challenging to scout players that are not playing.Â  Adding to that, restrictions to travel have limited the chances to see players play or work out.

This year the Yankeesâ€™ VP of domestic amateur scouting has yet another challenge in front of him: There are players eligible for the draft who havenâ€™t played a game this year because of the COVID-19 pandemic.Â  In the case of high school players not completing their final season, it makes it difficult without eyes on experience to make any kind of final evaluation. Oppenheimer commenting on the situation said:

â€œIt really makes it more of a challenge,â€™â€™ Oppenheimer said of being unable to get an in-depth look at players. â€œYou havenâ€™t seen the player. Did he get stronger? It makes it hard. Itâ€™s a little bit of a challenge.â€™â€™

Scouts that were diligent and really worked hard during the fall season will have a leg up on those that were mostly relying on what they would see of players in the spring.Â  Scouts are hoping even if high school and colleges do not re-start their seasons that there will be some way to evaluate players’ progress and to see new ones before the draft which was scheduled July 10-12, now ill probably be later and with fewer rounds.

â€œI think there will be stuff set up. I am not sure who will set it up, maybe private, MLB or USA Baseball,â€™â€™ said Oppenheimer, whose club picks 28th. â€œIn Southern California and Florida, high school kids and college kids they have been seen”

When speaking about prospect Anthony Volpe, he said: â€œHe opened our eyes in the summer and continued to do that at Jupiter [Fla.] during the winter,â€™â€™ Oppenheimer said of Volpe, who was the Yankeesâ€™ first-round pick (30th overall) last year and signed for a $2.7 million deal instead of going to Vanderbilt.Â  Still, the Yankees stayed connected with Volpe during the 2019 high school season.Â  That option may not be available to us this year, making our jobs that much more difficult.

Of course, this situation is not limited to the New York Yankees; all 30 major league teams are at the same disadvantage.Â  Oppenheimer has told his scout to use the downtime to write up reports on all the players considered, whole hoping his scout will in some way get more exposure to them via Skype and phone calls if allowed by MLB.Â  Oppenheimer cited that these are unusual methods but these are unusual times.