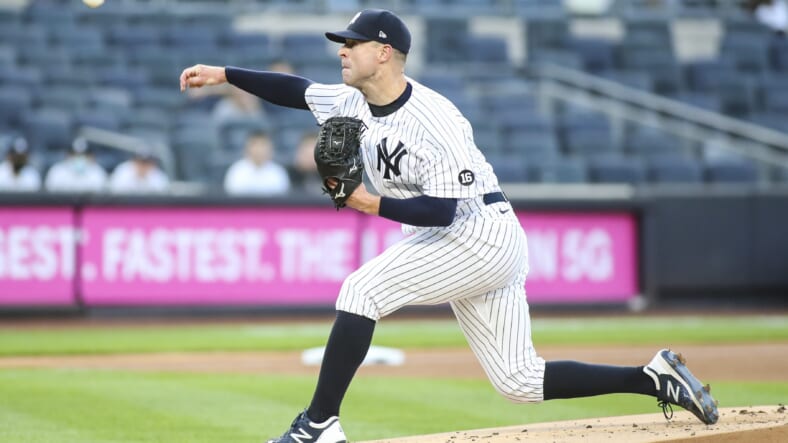 The New York Yankees will now have to swallow a move made by the Tampa Bay Rays that may come back to haunt them in 2022.Â  Ken Rosenthal of the Atlantic has reported that this morning starting pitcher Corey Kluber reached an agreement on a one-year deal for the MLB 2022 season.

Corey Kluber for the Yankees in 2021 put together a good season, even pitching a no-hitter before injuring his shoulder. He compiled a 3.83 ERA and 1.34 WHIP with 82 strikeouts in 80 innings across 16 starts.

Injuries have become a major factor for Kluber, when he was hired on a one-year deal with the Yankees, he hadn’t pitched for almost two years. In 2020 he pitched only one inning for the Texas Rangers after a shoulder injury ended the season for the 35-year-old starter.

Now he will continue to revive his career, but with the Tampa Bay Rays. It is likely that the Yankees will have to face him three or four times this coming season.