New York Yankees: Corey can be the Yankees’ “Klubot” 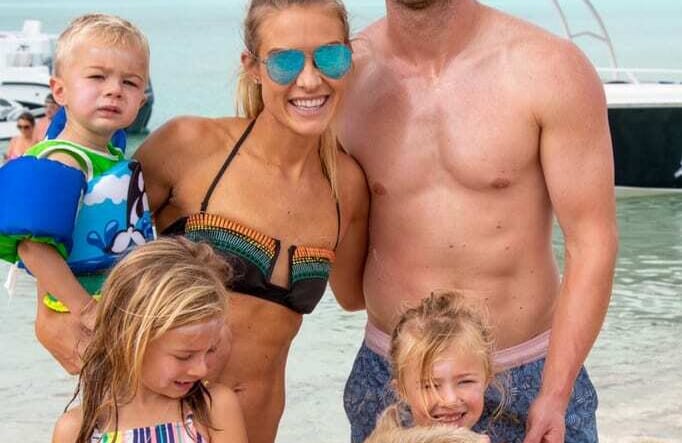 The New York Yankees entered the game last night, not knowing what to expect from starter Corey Kluber; by the time the game was over, the Yankee fans knew that answer. Kluber was nothing short of brilliant in his fifth start of the season. I started this article long before the start of the game last night, and it was originally titled “It’s not time to give up on Corey Kluber.” After the game, I decided to change that title to “Corey can be the Yankees’ Klubot,” referring to the nickname he was given in this Cy Young years.

Last night we got just a taste of what Kluber can do for the Yankees.

The New York Yankees turned off the snooze button on January 15, 2020, and signed two-time Cy Young Award winner Corey Kluber to bolster their starting pitching rotation. Kluber signed a one-year deal that will pay him $11 million. He will become a free agent again at the end of the year, after viewing a pitching demonstration for 25 teams at the Yankeeâ€™s director of player health and performance, Eric Cresseyâ€™s Florida facility, where Kluber had spent most of his offseason.

This was another one of general manager Brian Cashmanâ€™s low-risk signings that could have very high rewards. After having a relatively injury-free eight-year career with the Cleveland Indians, Kluber was hit by a comebacker near the end of the 2019 season. The hit caused a fractured right arm. He tried to come back before the end of the season, but his rehab, other than a couple of starts in the minors, would not allow it.Â  During the offseason, the Indians traded Kluber to the Texas Rangers. That didnâ€™t work out well for Kluber or the Rangers as he pitched in only one game in 2020 after tearing a teres major muscle after just one inning.

Kluber dazzled scouts with his Florida demonstration and appeared very healthy. He commanded his pitches well, according to scouts, and flashed typical velocity for this point in the offseason. That performance caused the New York Yankees to take a chance on the then 34-year-old. They signed him just three days later. The Yankees didnâ€™t sign Kluber blindly; they had been watching his rehab with Cressey very carefully.

It isn’t easy to make any determination as to how Kluber did in spring training because of the fact he hadn’t pitched in nearly two years. When the regular season rolled around, Kluber got his first start of the season on April 3, a good game for Kluber, but it was a 4 inning no-decision result. His next two games were not as good as he only went 2.1 and 4 innings in those games. Fans began to wonder if Kluber would return to form. But in his fourth start of the Young season, he went 4.2 innings, threw 91 pitches with a dozen flyouts, but even though he lost the game; he started to show sparks of the pitcher he could be.

One thing that is important to know about the 2 times Cy Young Award winner because even in his Cy Young years, Kluber has always been a slow starter in April. Last night we saw the rust fall off this once-best in baseball pitcher. He still has the stuff. He became the only second Yankee pitcher to pitch into the seventh inning. He earned his first win of the season, giving up only one run in 6.2 innings of work. He struck out 5, got 7 ground outs and 13 flyball outs. He lowered his ERA to 4.15.

Here are some important things to know about Corey Kluber:

Here is Corey Kluber’s story and how he got to the New York Yankees:Â  Kluber arrived on the baseball scene when the San Diego Padres drafted him in 2008. Like many pitchers, Kluber showed signs of brilliance but stumbled through his minor league years and ended up being traded to the Cleveland Indians in 2010.

But letâ€™s start at the beginning. Corey Scott Kluber was born on April 10, 1986, in Birmingham, Alabama. He grew up in Coppell, Texas, where he played baseball for the high school there. Stetson University coaches recruited him after his performance drew their attention at the World Wood Bat Championships in Jupiter, Florida.

His junior year was his last year with the Stetson Hatters, during which he registered a 12â€“2 win-loss record and a 2.05 ERA with 117 strikeouts. In 2007, he was named the Atlantic Sun Conferenceâ€™s â€˜Pitcher of the Yearâ€™ and was selected as a member of the â€˜Ping! Baseball All-American Second Teamâ€™ and the â€˜American Baseball Coaches Association All-Atlantic Region Second Team. That would be the end of his amateur career as the San Diego Padres drafted him.

After being traded to the Cleveland Indians, he was assigned to the Akron Aeros of the Class AA Eastern League and was added to their 40-man roster after going through the Winter Development Program. He made his Major League debut for the Indians on September 1, 2011. In August 2012, he was brought into the Indiansâ€™ rotation, and that began a career that could only be dreamed about.

Now the New York Yankees hope the star can return to his previous greatness. If he canâ€™t, they havenâ€™t lost much, small dollars and only for a year, and they move on. If successful, they have a second Gerrit Cole on their hands and are on the way to a World Series. The only question then is if the New York Yankees sign him to a longer-term deal.
New York Yankee fans will be delighted to watch Corey pitch. One of the reasons he is so successful is that he is a five-pitch pitcher that can complete games. Kluber throws five pitches: a four-seam fastball, a sinker, a cutter, a breaking ball, and a change. His strikeout pitch is his dominant two-seam sinker. He has been a workhorse and will be unfazed by playing in New York as he is stoic on the mound and doesnâ€™t lose his cool. By all accounts, he is also a nice guy and a good teammate.
Corey Kluber celebrated his 35th birthday on April 10th. Kluber and his wife, Amanda, have three children, named Kendall, Kennedy, and Camden. They reside in her hometown of Winchester, Massachusetts. Coreyâ€™s hobby is golf that he often plays with his father. In 2018, he and his wife launched The Kluber Family Foundation to help families with seriously ill and chronically ill children.
Kluber is one of the most stoic pitchers you will ever see on the mound, he is seldom fazed by defeat or victory, but after last night’s game, ace Gerrit Cole greeted Kluber in the dugout, and Kluber greeted him with an extensive smile. The two talked for some time. Make no mistake, the portrait of Corey Kluber will not be completed until this season’s end. We hope that portrait includes him holding the Yankee’s 28th World Championship trophy.
EmpireSportsMedia.com’s columnist William Parlee is a member of the Society for American Baseball Research. Follow me on Twitter @parleewilliam.