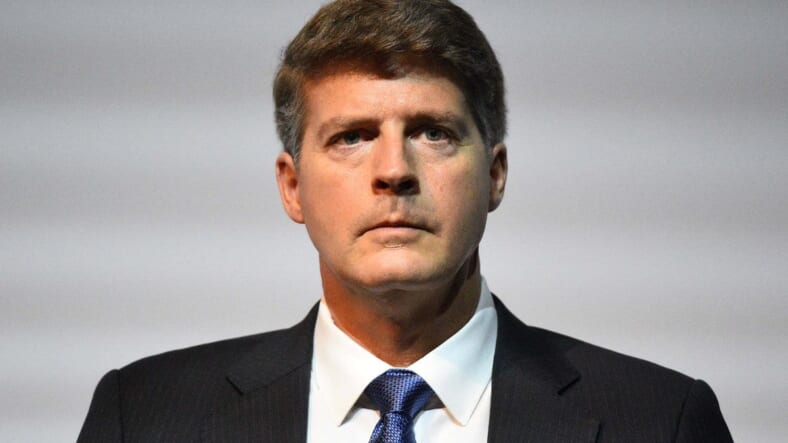 New York Yankees fans are outraged and frustrated at the Yankees’ dismal start of the 2021 season. Now to respond to fans who threw balls out onto the field during one game and after the loss Sunday in the finale for a team sweep, fans loudly booed the team as it left the field; management is talking to the media.

Aaron Boone on the poor start

Before the sweep of the New York Yankee by the Tampa Bay Rays, manager Aaron Boone gave his usual patient, rosy outlook when facing the media. But after losing five in a row, including that sweep by the Rays, Sunday finally seems to be taking on a different tone, one that says we have to play better.

The fact of the matter is the if your name isn’t Gerrit Cole, you have not pitched dependably; if your a hitter, you, with few exceptions, have not hit consistently or situationally. If you’re a player on the field, you have provided some pretty sloppy play. Sunday’s game was a mess with several mistakes you might not see in Little League play.

Finally, Friday night, after another loss in the opener with the Rays, Aaron Boone called for a team meeting immediately at the games’ end. Slugger Giancarlo Stanton, who has the most RBI’s this season, said that Boone seemed angry. The Yankees only performing starting pitcher Gerrit Cole had more to say about it:

â€œI havenâ€™t played with Aaron quite as much as some of the other players,â€ Cole said before Saturdayâ€™s Yankees-Raysâ€™ game at Yankee Stadium. â€œBut Iâ€™ve certainly been reamed out by a few managers in my day. It was pretty par for the course from what Iâ€™ve seen in my experience in the big leagues. I think the players listen to (Boone), and I think it was impactful.â€

â€œI think thereâ€™s a handful of different variables, the first one being that baseball is a hard game. A lot of times when everythingâ€™s going well it can seem easy. And when everythingâ€™s not going well, it can dumbfound you at the same time. I think it is early and we all were looking to settle in.

â€œA streak like this after two or three months of really solid baseball will get overlooked, but we donâ€™t have that backdrop right now. Weâ€™re kind of scuffling here and weâ€™re starting off the season with a less than ideal record. It is what it is, and weâ€™ll take it one game at a time and keep trying to improve.â€

After Friday night’s brutal loss and a team meeting, Boone had a night to think about the slow start; although still confident the team will pull out of it; he had this to say on Saturday morning:

â€œI think [Iâ€™m] more pissed off at the way weâ€™ve come out of the gates here, not playing our best,â€ Boone said Saturday before his team tried to get back on track against the Rays at Yankee Stadium. â€œBut I think we all share that in that room. Look, I concern myself with all things our club. As far as big picture and where I think weâ€™re going, Iâ€™m still as confident as ever that weâ€™ll work our way out of this and get rolling here eventually and be the team we expect.

â€œItâ€™s always frustrating when youâ€™re going through a tough time, but itâ€™s also part of being a major leaguer and part of the 162-game season. Adversityâ€™s going to show up for you. You donâ€™t know when and where, how often, but you gotta be able to deal with it. Thatâ€™s part of it. Iâ€™m confident we will.â€

After the reaming out Friday night, although there was some spark in Saturday’s matinee, Sunday’s game was a disaster when the Rays completed their sweep. No matter how hard the team tried, they lost two more games seeing them at the very bottom of the American League.

Cashman on his part this season

â€œOur record is reflective of our organization,â€ Cashman said. â€œObviously, Aaronâ€™s a piece of that, as am I. But otherwise heâ€™s doing everything he needs to do. â€¦ Obviously he spoke to the team after that tough loss (on Friday night). He obviously engaged the group in a strong way. So heâ€™s doing everything he needs to do, and most importantly supporting these guys because we trust our players and we trust their abilities and we trust over the course of time that will, as it normally does, correct itself with a lot more games on the belt. So I think Aaron Boone is doing everything he can do within his power currently.â€

â€œHeâ€™s disappointed, clearly,â€ Cashman said Monday in a Zoom media call. â€œHal obviously has got a lot invested in this situation, but heâ€™s also a fan just like we all are. Our expectation is to provide great Yankee baseball for those who come to the games or those who are watching the games, and we havenâ€™t done that here in the beginning of April.â€

This writer wants New York Yankee fans to realize, the bottom line in all of this is to remember this is not the end of the world, it’s a long 162 game season, and these first 15 games are just a blip in that season, even the best of teams in their best years have ups and downs in a season. In 1997 the Yankees got off to a 5-10 start and then won 18 of their next 25 games. They did lose the division that year and the Wild card berth. But did win 4 World Series Championships in the surrounding five years.

The unfortunate part of this slow start is that every loss this early in the season can be impactful at the end of the season. The Yankee pitchers have to pitch better and longer. The defense needs to get down to basics and clean up their act. I do not doubt that the Yankees hitters will start hitting, but they must start doing it sooner than later.

The New York Yankees now have a hole to dig themselves out of, and hopefully, that will start today when they face the Atlanta Braves. They have faced the Toronto Blue Jays and Tampa Bay Rays an inordinate number of times to start the season. After the short 2 game series with the Braves, they will face the Cleveland Indians, the Baltimore Orioles, and the Detroit Tigers. Hopefully, they can turn themselves around in their search for the elusive New York Yankee 28th World Championship.