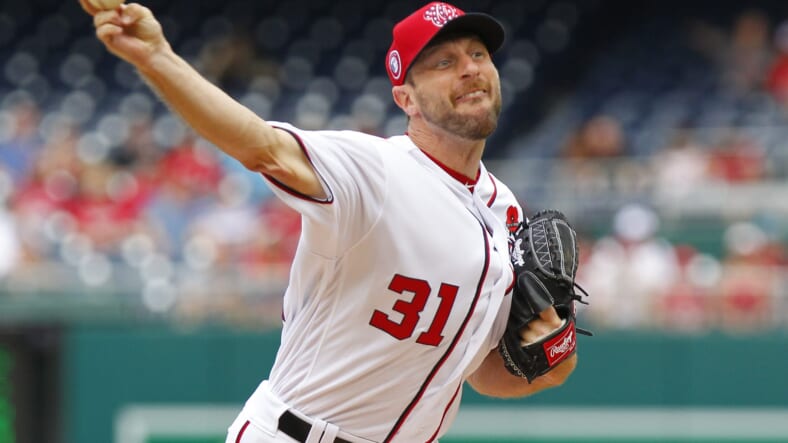 So far this postseason, the New York Yankees have been surprisingly quiet, as other teams are scooping up free-agent options with amazing speed, ahead of the Collective Bargaining Agreement deadline (CBA) on December 1.

Even before the end of the World Series, in which the Atlanta Braves won over the Houston Astros, the Yankees’ front office made it clear that they would be spending money to better the team for the 2022 season. General Manager Brian Cashman stated his priorities, with obtaining a star shortstop at the top of the list.

The Yankees needed to replace Gleyber Torres, who they permanently moved to second base. Getting a number two starting pitcher was also high on the list, that included help in centerfield and a decision to be made for a first baseman.

To date, the Yankees have basically done nothing. On social media Yankees fans are becoming frustrated, even enraged as it seems the Yankees have become watchers rather than actively participating in the postseason blitz to acquire team enhancing pieces to fill their needs.

The Yankees did replace third base coach Phil Nevin with ex-Mets manager Luis Rojas. The also made a play for starting pitcher Justin Verlander, who ended up signing with the Houston Astros, the team that turned his career around. The Yankees offered the same $25 million on a one-year contract; the Astros bested that with the same amount for two years.

Let’s take a look at some of the players that the Yankees have targeted or at least shown interest in, that are already gone to other teams. It seems the crosstown Mets, new owner Steve Cohen, and new general manager Billy Eppler are making every effort to make their team the one to watch in New York City, pushing the New York Yankees to the back burner.

MLB Networkâ€™s Jon Morosi and SNYâ€™s Andy Martino have reported that Eppler is close to closing a deal for the big pitching prize out there, Max Scherzer. Reports are that they will spend as much as $42 million a year to have Scherzer pitch on the mound at Citi Field for next three or four years. Due to the cost the Yankees were never really in on Scherzer, much to the dismay of Yankee fans.

At this point there is no question that the Mets are making moves to bring them to at least a NL East division win, and maybe going to the their first World Series since 2015, in which they lost to the Kansas City Royals one game to four. The New York Yankees have not appeared in a World Series game since they won in 2009.

The Yankees were seriously looking at Starling Marte to bolster their center field presence, but that fell through, when the Mets scooped him up last week with a four year contract for a reported $78 million. If the Mets sign Scherzer, they will have already spent double the money the Yankees might consider spending. If that isn’t a statement, I don’t know what is.

Another possible starting pitching target, Kevin Gausman, and the Toronto Blue Jays are in agreement on a five-year, $110 million contract, according to ESPN’s Jeff Passan.

The Red Sox lost their co-ace in Eduardo Rodriguez who signed with the Detroit Tigers, before the Yankees could even bid on him. Back on the fifth of November the Sox scooped up Tim Locastro off waivers from the Yankees. Kyle Schwarber elected for free agency and the Sox as of now have not resigned him. He was big for the Sox going down the stretch with his 31 home runs on the season. The Yankees don’t seem to be interested in the center fielder.

From a Yankee perspective it was not good news when the Rays inked an 11-year contract with their star infielder Wander Franco. The Rays will now have there cornerstone for the rest of the decade. Earlier in the month the Rays exercised Mike Zuninoâ€™s contract option, keeping him as their primary catcher. In the most recent move, although the Yankees didn’t seem interested in keeping two time Cy Young award winner Corey Kluber in pinstripes, the Rays, who always seem to make the right moves at the right time, signing Kluber to a one-year deal gauranting him at least $8M, with the possibility of making up to $13M based on incentives.

The Blue Jays’ only big splash is that they signed starting pitcher Jose Berrios to a seven year contract extension, keeping him with the Blue Jays through the 2028 season. They also acquired Off Waivers From San Diego right hand pitcher Shawn Anderson. The big prize from the Jays would be pitcher Robbie Ray who had a career season, winning the Cy Young award. The Yankees have shown interest and would like to secure him in the $12 million range, but most industry analysts say he will want closer to $100 million over three of four years. At age 30 this may be his last time to get big money.

Right now Yankees fans are confused by the lack of movement in acquiring a shortstop after the statement that it would be their number on priority. The situation is very cloudy, as the front office seems more concerned with short stop prospects in the farm system, then getting what they need right now. Carlos Correa is probably out of the picture due to his Astros baggage and the cost of a contract he will ask for. Another Yankee target Corey Seager is said to be asking for as much as $300 million over the next ten years, likely putting him out of the reach of the Yankees. Lately it seemed that Cashman could be going with the less expensive of the top three, in Marcus Semien, but he has just signed a seven year $175 million deal with the Texas Rangers.

With Yankee options disappearing, it leaves one wondering when and if the Yankees will act at all. With the top names tumbling off the market, it looks likes Cashman, with money to spend, will be again looking for those off the radar gems, and not any of the big names Yankee fans are hoping for.

One thing is for sure, many fans are calling for Cashman who appears to be sitting on his hands, to be fired, and for owner Hal Steinbrenner to sell the team to someone who is interested in winning rather than watching every penny.