New York Yankees Analysis: Are the Yankees taking too big a risk with pitching? 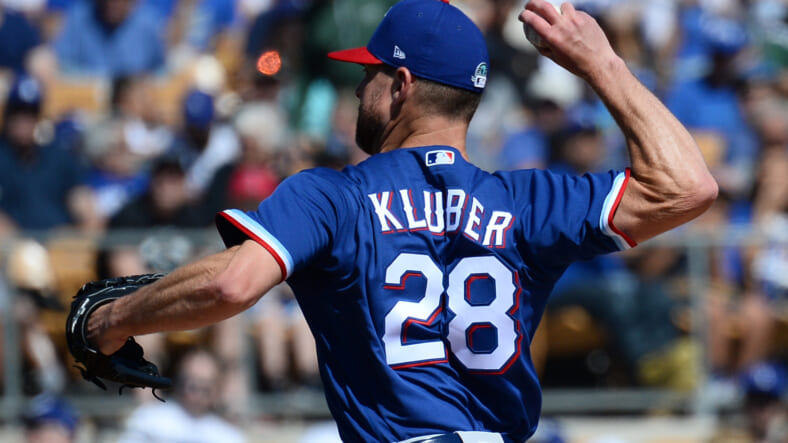 After the 2020 shortened season, the New York Yankees decided not to give qualifying offers to start pitchers Masahiro Tanaka, James Paxton, and J.A. Happ. That left them with only one veteran pitcher, last year’s acquisition of their ace Gerrit Cole. Behind him, they had a bevy of inexperienced, untested, not ready for prime time pitchers that the front office originally said they were satisfied with.

The Yankees instead made their priority the signing of second baseman DJ LeMahieu to a new contract. Those negotiations dragged on for over two months while pitching upgrades went untouched. Early in the offseason, Yankee owner Hal Steinbrenner issued a directive that he wanted to stay below the luxury tax threshold of $210 million. With that edict and LeMahieu still dangling out there, and how much it would cost to keep him in pinstripes, general manager Brian Cashman’s hands were tied, not knowing how much money he had to spend on the team’s other needs.

The New York Yankees did make some minor moves by signing Nestor Cortes Jr. and Adam Warren to minor league contracts. Both relievers had pitched for the Yankees before. Finally, last week the Yankees were able to resign LeMahieu last year’s batting champ. Cashman apparently got very creative. Originally it seemed that Yankees might have to pay as much as $25 million a year to keep DJ. The negotiations dragged on because DJ wanted more security than the three-year $75 million contract the Yankees reportedly offered. DJ demanded five years and the talks stalled.

One thing we know about Brian Cashman is that he can be secretive and creative. In the end, he got LeMahieu to sign a six-year deal, but at only $15 million annually, giving Cashman far more flexibility on additional improvements to the team. Before fans could digest the signing, another signing was made hours later. The Yankees signed a one year $11 million contract with Corey Kluber. Kluber is a two-time Cy Young award winner but comes to the team with injury baggage.

The Yankees already have questions with Jordan Montgomery, who is just a season off his Tommy John surgery. Last season he pitched in ten games with a 2-3 record and an elevated 5.11 ERA. This season they will have Domingo German coming back from the suspension; he didn’t pitch at all last season. Joining him midseason will be Luis Severino, returning to the Yankees after not pitching for a season and a half.

The New York Yankees’ next move was to trade with the Pittsburgh Pirates that sent starter Jameson Taillon to the Yankees for four lower-level Yankee prospects. That move was most likely influenced by Gerrit Cole, who was in the minor leagues with him, and they pitched together for the Pirates in 2016 and 2017. At first, this seemed like a huge upgrade for the Yankees, but he too did not pitch last season, coming back from his own Tommy John surgery.

In another surprise move yesterday, the Yankees signed a $2.5 million contract with the 38-year-old reliever Darren O’Day. This acquisition was made possible when the Yankees dumped Adam Ottavino to the Red Sox in their only second trade this century. O’Day is old in pitching terms but will give the bullpen a different look with his pitching submarine style. The Yankees are also familiar with O’Day from their years of facing him with the Baltimore Orioles. But O’Day has his own injury issues.

The New York Yankees have now set themselves up with some great pitchers that could have a high reward for the Yankees without spending a barrel of money, but coming with that is a significant risk. The question is, are the Yankees taking too big a risk? They are betting on all these returning pitchers regaining form and giving them a winning season. The Yankee’s injury history the past two years to otherwise healthy players makes one wonder how this will all pan out.

It’s hard to believe that all of these pitchers will complete the 2021 season without an injury with all these injuries and surgeries. If the Yankees can pull this off, they will be the team to contend with this season. If not, they may have overplayed their cards. Just as likely as one or more of these players miss some time, it is probable that the New York Yankees can still have a good season. This big upside is that if these players can come even close to their best years, we will see you in October.

Much of the Yankees’ 2021 success may lay in the hands of their up and coming pitching prospects. The Yankees will surely have to make adjustments as the season progresses as the pitchers have to have inning limits either from not pitching last season or adjusting to a 162 game season. Deivi Garcia and Clarke Shmidt will surely see innings, especially if the Yankees use a six-man rotation at some point in the season to give pitchers another day of rest.