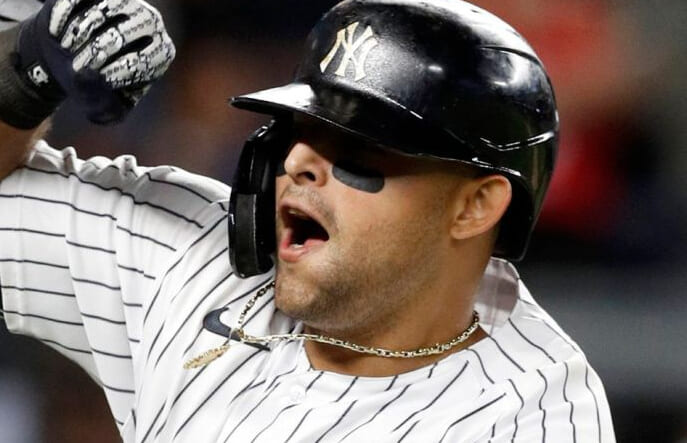 The New York Yankees that have struggled most of this season have had an amazing turnaround in the last two days. Winning two games normally is not a big deal, but for the Yankees to take a series from their rivals in the AL East is certainly a big deal. Previous to this series, the Yankees were 0-7 against the Sox, who seemed unbeatable. What makes these wins even more amazing is that they did it with seemly impossible odds, with several of the big hitters out of the lineup due to Covid. After losing the first game, the Yankees came back in game two 3-1, and last night slammed the Sox 9-1.

Another quality start from Taillon

Last night Jameson Taillon may have proved that his lackluster season may be turning around. For the last three starts, he has gone 18.1 innings giving up just three runs. In his previous three games, he gave up 8 earned runs. Last night he topped off his success in the last three games with a 5.1 inning shut out of the powerful Red Sox lineup. The big difference is that he has found hit put away pitch that has been lacking for most of the season. The Yankees have won five of his last seven starts.

The New York Yankees started out spring training being outfield heavy, but they went through a dramatic loss of players as we got into the regular season. First, it was Aaron Hicks who will likely miss the entire season due to a freak left wrist injury. This led to Brett Gardner that was supposed to be mostly a bench player, into everyday action in centerfield. Tyler Wade, who is mostly an infielder, has rested Gardner.

As the season progressed, Clint Frazier’s struggles at the plate led to him not being used in the outfield. Frazier has been replaced by Andujar, Gardner, Tauchman, who was dealt away. Locastro recently took over left field, but now he has been injured and will likely not return this season. Fast forward, and right fielder and slugger Aaron Judge was one of six players to be put in the Covid 10 day. The Yankees brought up Try Amburgey to replace him; he pulled a hamstring. Ryan LaMaree was brought up to replace him, and last night he crashed into the wall and ended up in a heap, although he remained in the game.

Regardless of all this bad luck, and with all replacement players in the outfield, last night, those same players were responsible for 5 runs in the crushing of the Red Sox in the 9-1 win. So the Yankees now have to decide if they need to bring someone else up or use Giancarlo Stanton in the outfield, who hasn’t played there in two seasons. It may also cause more action by general manager Brian Cashman as the trade deadline approaches.

Last night with the Red Sox series on the line, manager Aaron Boone put together the best lineup he could, considering he had no Aaron Judge, no Luke Voit, and no Gio Urshela. Boone inserted Rougie Odor, Trey Amburgey, Grey Allen, and Chris Gittens to round out the lineup. Unfortunately, one of those became injured, and Ryan LaMarre had to replace him.

LaMarre, Gardner, and Allen’s realigned outfield were responsible for five of the Yankees’ runs. They combined to go 4 for 7 with three RBI’s and two aggressively stolen bases. It just may be that the next-man-up thing is working again. So far this season, the Yankees have used 13 different outfielders.

Ryan LaMarre went 2-for-3 with a two-run homer and a steal, Greg Allen went 1-for-2 with a sacrifice fly and a steal, and Gardner added a single to lead off a four-run seventh inning.

It appears that Gleyber Torres may be turning his season around. Last night he hit his second home run in as many nights. After hitting 38 homers in 2019, Torres has struggled to find his power. Last year, he hit only 3 home runs, and so far this season, he hit only 3 more before this series. In the second game of the Sox series, he hit his fourth of the season. Last night in the second inning, he hit another home run, this one off Sox starter Martin Perez. This could signal that Torres has found both his stroke and his power once again.