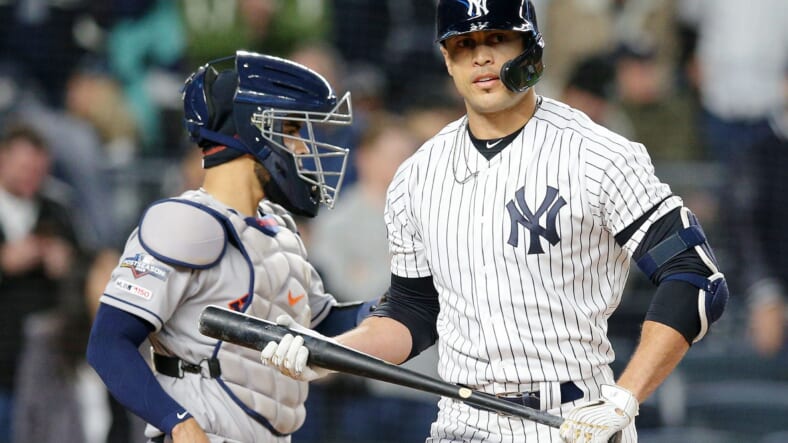 In September of 2020, the New York Yankees hit 19 home runs in a sweep of the Toronto Blue Jays in just three games. That was when Luke Voit was on his mission to hit the most homers in all of baseball. Voit is now rehabbing from knee surgery and is sorely missed not having hit a single home run this season.

In just one game on September 17th, the Yankees hit 6 home runs (Gardner, LeMahaieu, Stanton, Voit, Torres, and Sanchez). I can’t report on anything like that, but last night in Cleveland, Ohio, the New York Yankees hit four homers in one game for the first time this season for a team that has had mostly silent bats since the beginning of the season. The Yankees won the game 5-3 to string two wins in a row together.

Montgomery quickly gets in and out of trouble

Last night Jordan Montgomery had his fourth start of the season, and it was his worst. In the first inning, he had no command of his pitches. In just that one inning, he gave up three runs using 37 pitches, with no outlook to go deeply into the game and save the bullpen. In the second inning, a new Montgomery took to the mound giving up no runs and allowing the New York Yankees to stay in the game.

This may seem like a horrible start, but in fact, it wasn’t because he would go on to pitch the next 3.1 innings scoreless, striking out 5 Indians in the game. After the 37 pitch inning, he went on to pitch into the fifth inning, saving the bullpen of having to pitch as much as 8 innings. What was most encouraging is, and is the sign of a good pitcher, is that after a horrible first inning, he was able to pull it together and grind it out; meanwhile, the Yankees managed to tie up the game. Last night was the second night in a row that a Yankee starter (German) got in trouble in the first inning but allowed the Yankees to win.

The New York Yankees have the best bullpen in baseball, at least that’s what the stats say. They have a best in baseball ERA of 2.19. Last night Lucas Luetge, Darren O’Day, Chad Green, and Aroldis Chapman combined to allow no runs and only one hit in 4.1 innings. Aroldis Chapman had the most trouble closing the game than he has in any game this season, walking a batter but in the end, was successful in getting the save. Chapman is installing new confidence from fans this season with his new splitter pitch.

In seven games (seven innings), Chapman has yet to give up a home run. He has struck out 17 of 21 batters faced.Â  That 22.5 strikeouts per nine innings. In this first seven games of the season, his ERA is 0.00.

In an interesting side story, last night, Lucas Luetge got the win. What is so remarkable about the win is that it’s his first win in seven years (2013). Until the Yankees hired Luetge, he spent the last five years in the minor leagues trying to work his way back to the majors. Last night must have been an extraordinary night for the 34-year-old reliever.

Last night was quite a night for Giancarlo Stanton. Early in this season, Stanton has shown sparks of his 2017 MVP season, but after going 2 for 24 before last night, he hit two home runs in the Yankee win over the Indians. Throughout the season, Stanton has been showing better disciple at the plate, and the fruits of his efforts are beginning to show big time. He now leads the teams with 5 home runs in just 16 games played.

If Stanton continues at this pace, he could hit over 50 home runs this season, and that’s not a pipe dream because he only seems to be getting better. The only question is if he can stay healthy. So far in the season, manager Aaron Boone has avoided using him in the field. Slugger Aaron Judge is just behind him with 4 homers on the season. Other players hitting home runs last night were Aaron Hicks (2) and Rougie Odor (2).