New York Yankees: 3 players who need to step up for the playoffs 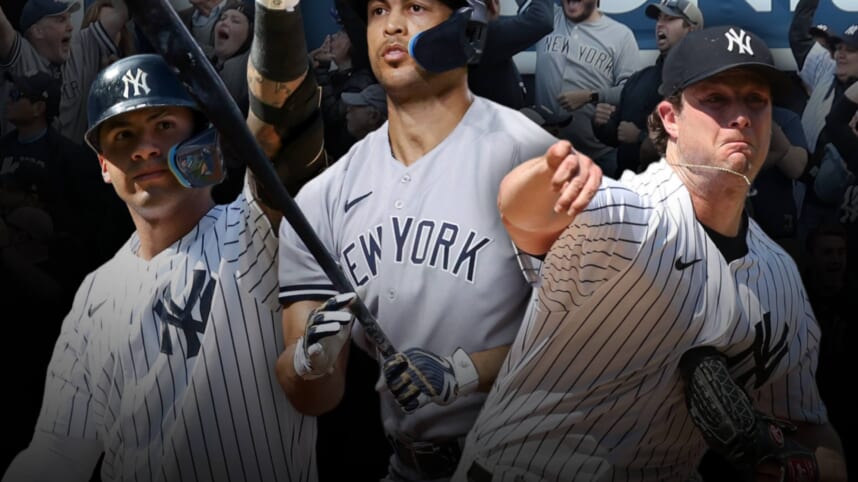 The New York Yankees are currently nursing a three-game winning streak thanks to the performances of Andrew Benintendi and stellar starting pitching. Benintendi has gotten hot during the latter portion of August. Without his production and three consecutive masterclass starting pitching performances, the Yankees might’ve lost some of these low-scoring games.

As the postseason quickly approaches, the Bombers need several key players to step up and begin producing, carrying that momentum over.

Three players who need to step up for the New York Yankees:

With his walk rate deteriorating to the lowest numbers of his career, Torres is simply not getting on base at a serviceable clip. That could be a reason he ends up losing reps to Osbaldo Cabrera, especially with DJ LeMahieu overcoming his toe injury.

A productive Torres makes the batting order far more dangerous, but he needs to get hot now before the playoffs commence in October.

Giancarlo Stanton is expected to make a return on Thursday after featuring in his last major league game back on July 23. Stanton is hitting .228 with a 30.9% on-base rate, including 24 homers and 61 RBIs this season.

It is yet to be seen if he’ll make an impact defensively in right field, given he’s dealing with Achilles tendinitis. However, his bat is essential to the Yankees lineup, especially since he features in the cleanup role.

Since his injury, the Yankees haven’t produced as much homerun efficiency, but his return will once again provide them a spark in the middle of the lineup.

Having a few weeks to adjust and get back in rhythm is essential for Stanton, who tends to get better over time.

Gerrit Cole has had a polarizing season up to this point, enjoying performances where he blanks an opposing team over six innings and then gives up four homers in the first inning the very next game.

In July, he posted a 4.03 ERA and hosts 3.96 ERA in August. He gave up four runs in his last performance against the Toronto Blue Jays on August 20 over 6.0 innings. In the previous two games, he gave up just one earned run combined against Tampa Bay and Seattle.

However, those two outings are sandwiched in between two games where he gave up a collective 10 runs and 12 hits.

Given the enormous contract Cole is currently on, they need his best version come the playoffs, otherwise, the Yankees will be in trouble against productive offenses.