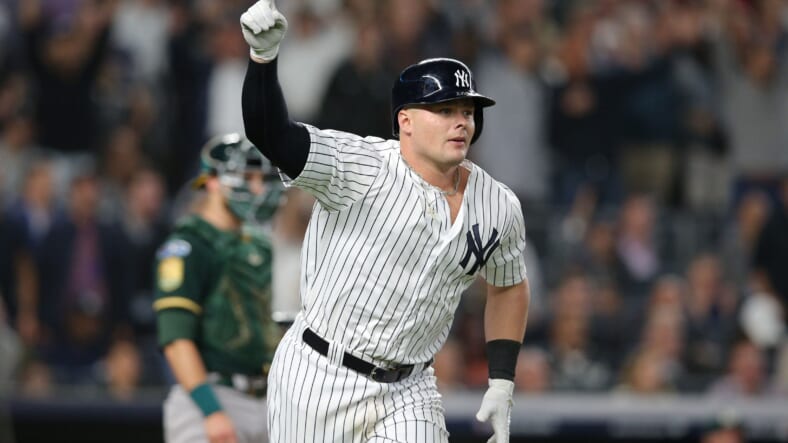 The New York Yankees entered Sunday afternoon’s game against the Chicago White Sox with one goal, to win the second game in a row and take the series from the White Sox for the second time this season and for the 10th time in eleven tries. But, make no mistake; this team is not operating on all cylinders, missing key components in the pitching rotation and big hitters in the lineup. Nevertheless, the Yankees have found a way to win games and did it again yesterday with good pitching and gutsy play. Final score 5-3. Four of those Yankees runs were accomplished with two-run home runs from Rougie Odor and Luke Voit.

Nestor Cortes Jr. absolutely brilliant in his first win of the season

Nestor Cortes Jr. from 2013 came up with the New York Yankee organization, but the Baltimore Orioles plucked him away from the Yankees in the 2017 rule 5 draft. Cortes went from the Orioles to the Yankees again for a short stint but was eventually traded to the Seattle Mariners. For a third time, the Yankees again singed Cortes in December of 2020.

Cortes was again called up to the bigs with pitching injuries and pitchers going on the Covid list. Cortes is a reliever by job description and a good one at that. He has pitched in 13 games this season. After a successful 5 innings of relief against the Astros not allowing a run and the Yankees short of pitchers, he was called upon to start a game for the Yankees on the 23rd of July against the Red Sox; it didn’t go well, but the Yankees gave him another try on the 28th when he went five innings only allowing one run.

Since then, he has pitched well in three more starts. Cortes has been a Godsend for the Yankees. Yesterday against the White Sox with the series on the line, he was brilliant with six strong innings while scattering 7 hits and 7 strikeouts. Cortes doesn’t dazzle you with power, but his wide array of pitches keeps opponents off-balance. He adds to that a variety of deliveries making the pitches even more confusing to hitters.Â  He recorded his first win of the season, and after the game had this to say about his performance:

It’s no secret that Luke Voit has struggled mightily since his latest return from yet another IL stint. He has often looked rejected walking to the dugout after another strikeout. He has even said that he can contribute big time but hasn’t been able to, causing great frustration.

Yesterday that all ended with one crack of the bat. With a big two-run home run, Voit went far to relieve that frustration as he provided the two insurance runs that would end up being the difference in the game. With the return of the first baseman Anthony Rizzo, he may have done it just in time to secure more playing time.

â€œIâ€™m capable of doing a lot in this lineup,â€ Voit said. â€œI want to hit; Iâ€™m a good hitter. I want to help this team any way I can to win a championship. This year has been a tough ride for me, but Iâ€™ve just got to keep grinding.â€

New York Yankee fans learned yesterday that the promised help was indeed on the way for the lineup and the pitching rotation. For the lineup, the Yankees will insert contact hitter Anthony Rizzo back in the lineup Monday night in the makeup game with the Los Angeles Angels. On the pitching side, it was announced that pitching ace Gerrit Cole would return to the rotation and start tonight’s game against the Angels.

Cole facetiously said Saturday that he had pitched a no-hitter in the bullpen and that he was ready. Following Cole’s return, the Yankees will see the return of Jordan Montgomery on Tuesday in a doubleheader with the Boston Red Sox. All three of these players are coming off the Covid list.