New York Yankees: 3 major takeaways from loss to the Orioles 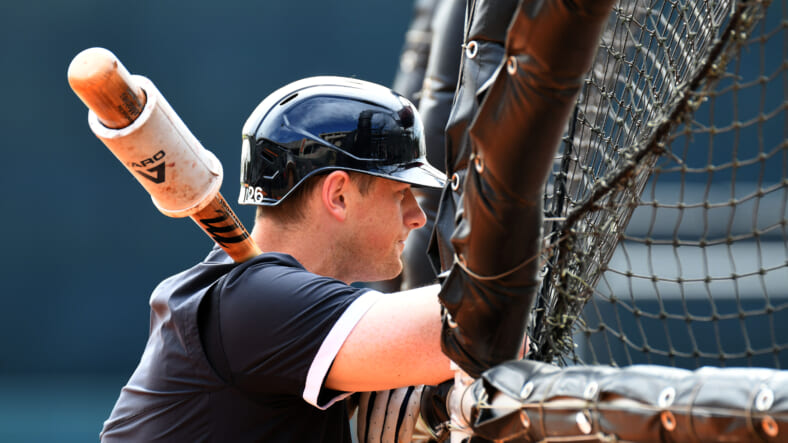 In the good news department of the New York Yankees, they almost swept the Cleveland Indians, losing the last game of the four-game set.Â  After an abysmal start of the season, that series showed some hope, with the team basically playing better baseball across the board. For a team that is built on the home run ball that also showed up in the series hitting 8 long balls. Last night they didn’t hit a home run and lost their first game against the Baltimore Orioles.

Last night the New York Yankees called Deivi Garcia out of the traveling taxi squad to start the first game of a four-game series with the Baltimore Orioles. After not making the starting day roster, he made his season debut start. Garcia took the loss but didn’t pitcher as poorly as the decision might suggest. He gave up a run in each of his first two innings but then pitched two scoreless innings using 65 pitches.

Many might ask why he was taken out throwing only 65 pitches, but that is not totally unusual for a first start of the season. Had the relievers not given up more runs and the hitters were actually hitting, the outcome might have been better for the 21-year-old pitcher. The news is that after this taxi squad he will be sent back down to Scranton. Considering how poorly everyone that isn’t named Cole has been performing, that move may be premature.

The so good bullpen failed

Last night was an unusual one for the New York Yankee bullpen. For the most part, the Yankees bullpen has been one of the best since the beginning of the season. But last night, they gave up 2 runs in 4 innings of work. After Deivi Garcia was removed from the game, Lucas Luetge pitched a clean fifth inning. Why he was only allowed to pitch only that one inning is anyone’s guess, he was replaced by sidewinder Darren O’Day who allowed a run. He was replaced by Justin Wilson, who gave up a home run to Cedric Mullins, who got two long balls on the night.

I hate to say this, but when the New York Yankees don’t hit home runs, they don’t win games. The Yankees are not a small ball-playing team. They haven’t gotten many hits in most games; spare a few. They don’t hit with men in scoring position, meaning their lack of situational hitting keeps their scoring down. And add to that, this season, they are hitting into an unusual amount of double plays. Even last year’s batting champ, DJ LeMahieu, isn’t performing as expected.

Lacking hitting since the beginning of the season, the Indians series was encouraging, but it shouldn’t have been if you look closer. In the Yankees’ last three games, including last night, they have only scored 1.7 runs a game. You aren’t going to win many games that way. Most industry know it alls; say you have to score an average of 5 runs a game to win consistently. The Yankees came away winning their series with the Indians because the Indians didn’t play well either.

Most baseball analysts say that the New York Yankees have one of the best and most powerful lineups in baseball. So far this season, they are anything but. I am not sure if it’s Hal Steinbrenner, Brian Cashman, Aaron Boone, or the coaches, but someone has got to get these players inspired and playing to their abilities before the Yankees dig a hole so deep they can’t get out of it.