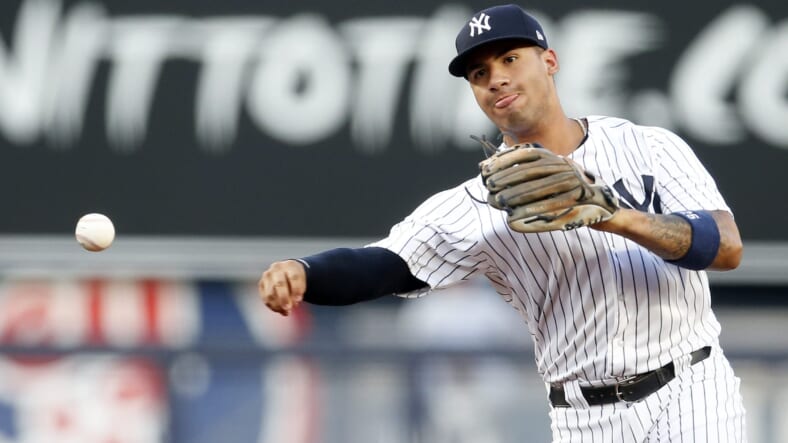 Last night the New York Yankees met up with the Baltimore Orioles in game 3 of a 3 game set, hoping to complete the sweep, but instead, they had a heartbreaking loss in the 11th inning. The game had a little bit of everything, stellar pitching, a huge error, comebacks, and a lack of clearing the bases. In the very long game, the Yankees lost to the Orioles in the eleventh inning by 4-3. The New York Yankees now have a 3-3 (.500) record on the season.

Last night was the long-anticipated New York Yankees debut of Jameson Taillon. Although Taillon was not stellar, his start was very encouraging for a quality pitcher that hasn’t pitched in two years. He pitched into the fifth inning of the game, giving up two home runs while striking out seven Orioles and not walking a batter. After the game manager, Aaron Boone said he was delighted with Taillon’s first start.

Taillon’s bug a boo was two bad pitches that led to two home runs. Other than those two pitches, Taillon was mostly dominant, pitching two, one, two, three innings. He seemed to have good control and looked very confident. Taillon seemed to be happy with his first performance, as when he met up in the dugout with his friend Gerrit Cole he exhibited a wide smile.

Other than Taillon, the Yankees bullpen was stellar. Nick Nelson, Darren O’Day, Jonathan Loaisiga, and Aroldis Chapman, with one 102 mph pitch, did not allow a run or a walk. Chad Green’s inning was tainted by Torres’s throwing error that eventually allowed two runs to score. At one point, the bullpen put down eleven O’s in a row.

Last night Gleyber Torres exhibited the reason he is not the best of shortstops. Torres still has throwing errors that have dogged him throughout his career. Last year Torres had more errors than all the MLB shortstops except for one.

Last night Torres had his second error of the young season, and this one may have cost the New York Yankees the game. In eighth, Sanchez singled, Mike Tauchman came in to run for Sanchez. Urshela doubled as Tauchman came sliding home to tie up the game. But in the tenth inning, Severino reached on a huge error by Torres, Santander scored for the Oâ€™s lead. Severino hit a single that should have been a ground out, but Torres made a poor throw to Bruce that landed at least 12 feet in front of Bruce, and Bruce failed to catch the ball when it bounced off his glove.

To be fair to Torres, a better, more experienced first baseman might have been able to make the play. However, that being said, Torres still exhibits a concerning trait, which is waiting for the ball to come to him rather the charging the ball giving him more time to make an accurate throw. Even Aaron Boone said after the game that Torres must make standard day-in and day-out plays.

Boys, you got to bring em home

In all but one game in this young season, the New York Yankees have left too many men on base. A failure of bringing men in scoring position home almost always leads to losing games. Last night that was again the case; the Yankees had 13 hits but only scored 3 runs. They went 3 for 14 with men in scoring position, leaving 12 Yankees on base. Several Yankees, including DJ LeMahieu, have had hitting problems as their timing is not yet where it should be. LeMahieu said after the game that he was close. The O’s had only 4 hits in the game leading to 4 runs.

Aaron Judge was not in the lineup last evening after suffering side soreness. As so often, little information is available. In Tuesday’s game, Judge seemed to run the bases gingerly and was removed from the game. Boone said he just wanted to get him off his feet. But then he wasn’t in the lineup last night. It was reported that Judge had left side general soreness. This is concerning because the hulk of a man has had oblique injuries to both sides of his body before. After the game, Boone didn’t sound encouraging, saying he didn’t know if Judge would be in the lineup on Friday when the New York Yankees meet the Tampa Bay Rays at Tropicana Field.