New York Yankees: 2 position battles to watch out for during spring training 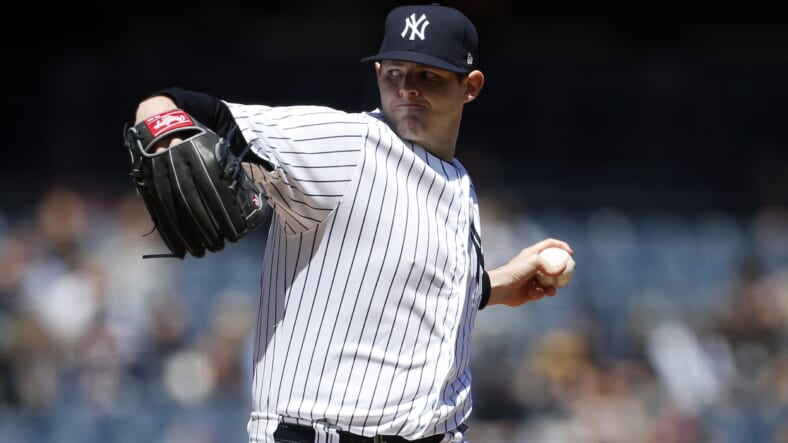 The New York Yankees and GM Brian Cashman have done a stellar job meshing homegrown talent with free-agent signings in recent years, and now, they’re ready to enjoy the fruits that are ripening ahead of the 2020 season.

Signing arguably the best pitcher in baseball, Gerrit Cole puts the Yankees on the fast-track for a World Series appearance next season, which would be the first time in over a decade that the team reached the feat. Aaron Boone’s squad is stocked full of talent at starting positions, and the hope is that injuries won’t be as much of a problem this time around after the hiring of Eric Cressey to head their strength and conditioning department.

The biggest question lies within the depth of the team, specifically at the back-end of the starting pitching rotation and backup infielder spot. Every good team has a reliable pitching staff and utility infielder that can move around if need be. While the Bombers have DJ LeMahieu featuring as their primary utility option, they prefer for him to remain steady at second base than fill in for injured players.

With J.A. Happ seemingly staying for the final year of his two-year deal, we can expect him to compete with the returning Jordan Montgomery. Happ, who had a disappointing 2019 campaign, was solid in his first year with the Bombers (2018), but his falloff opened up the floodgates for others to take his spot. By the end of last season, Happ was barely considered a bullpen arm, and the postseason he couldn’t be trusted.

Happ is set to earn $17 million next season, meaning the Yanks will dish out a nice chunk of salary for his below-average services. There were talks of a potential trade going down, but nothing has materialized up to this point.

The big competition will boil down to Montgomery, though, who posted two consecutive seasons of sub-.400 ERA baseball before succumbing to Tommy John surgery. He displayed incredible curveball numbers, and while Michael King has reached the headlines in a potential starting role, I can’t imagine him beating out Monty or Happ for the 5th spot. This position battle will most certainly come down to spring training.

The final utility option comes down to either Tyler Wade or Thairo Estrada, both of whom have looked good at times and inconsistent at others. The big positive that Wade possesses is his lefty bat, and with the Yankees lacking that factor in the hitting order, he could be an excellent addition if called upon. Also, his speed is elite, enabling great base running and defensive attributes.

The significant advantage that Estrada holds is his ability to plug into shortstop, which is the hardest position to play at the major league level. He has a bit more power in his bat that Wade, but that factor won’t mean much considering they aren’t power hitters.

I like Wade in this scenario, simply because the Yankees lack elite speed on the bases and lefty bats. Also, a bit of consistency could help Wade unlock his potential, something that was stripped away from him in 2019 after being sent down to high-A ball after a short stint on the active roster.