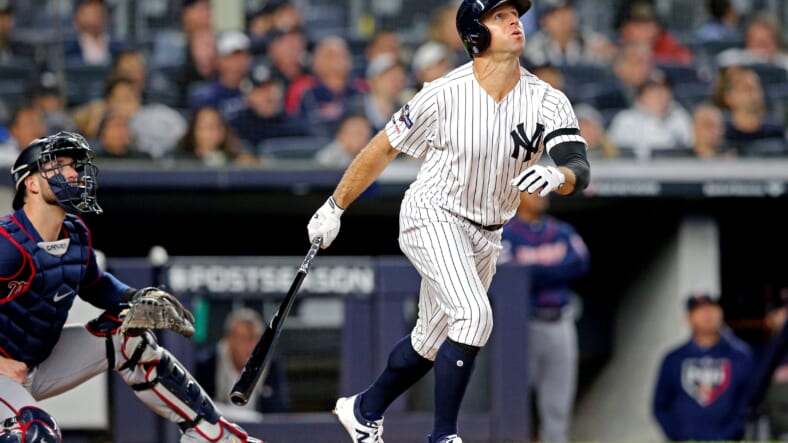 The New York Yankees were home again today, and they played the Philadelphia Phillies. Jordan Mongomery was on the mound for the Yankees, and the Yankees had their All-Star lineup starting. It was 70 degrees under sunny skies with a brisk northeast breeze. The Yankees were in their pinstripes for the game as they will do for all Sunday home games.

Montgomery won his first game of the spring. He started by grounding out Andrew McCutchen, the former Yankee. He struck out another former Yankee in Didi Gregorius. Next up was Bryce Harper, who also grounded out for a perfect first for Monty.Â  Zack Wheeler struck out DJ, Aaron Judge is off to a slow start. He ground out in his first at-bat. Aaron Hicks walked, and Giancarlo Stanton up next; he ripped one to far left for a double and moving Hicks to third. Stanton smoked that one. Luke Voit struck out, ending the scoreless inning.

Segura faced Monty to start the second inning. He had a line drive that LeMahieu snagged in a really cute play. Knapp got a long fly ball that Judge at the warning track caught. Miller flies out for another one-two-three inning for Montgomery. Monty has really looked good early in this spring training. Gleyber Torres led off against Wheeler in the bottom of the frame; he walked. Gary Sanchez, who has had 2 homers and a lot of strikeouts, was up next. He got a base hit, moving Torres to second. Miguel Andujar singled, loading the bases with no outs. Brett Gardner had his first Grand Slam of the season for the Yankee four-run lead. LeMahieu then flew out for the first out of the inning. The inning ended with two outs and a roll-over. Yankees 4 Phillies 0.

Montgomery out for the third. Joyce singled, Quinn singled, ex-Yankee Ronald Torreyes had a line drive to Torres for the first out. Andujar made a great play to cut off the runner at second, two outs. Didi Gregorius struck out for the third out of the half. Aaron Hicks led off the bottom of the frame, striking out. With Stanton coming up, there was a pitching change. JD Hammer faced Stanton, and he struck out. Voit flew out for the end of the inning.

Jonathan Loaisiga for the New York Yankees, got his chance to pitch in the fourth, grounding out Bryce Harper. Segura struck out. Knapp chopped out a single, and Miller flew out to Hicks for a scoreless inning for Loaisiga. Torres was up in the bottom of the fourth; he grounded out to Didi. Gary Sanchez, in his second at-bat, struck out. Andujar reached on an error by Didi. Brett Gardner, who Grand Slammed in the second hammered one into the left-field seats just inside the foul pole and then walked. Andujar stole third. DJ lined to the pitcher to end the inning, leaving two men on.

Loaisiga was out for a second inning. Joyce singled off him leading off. Quinn failed to advance him. Torreyes hit into a double play ending the half. Judge led off the bottom of the fifth grounding out. Hicks ground out to second. Stanton doubled in the first, laced one to the center-field wall for another double. Beltre in for Stanton. Luke Voit walked. Gittens in for Voit. Torres; wild pitch, runners advance. Torres grounds out, leaving two on. Yankees 4 Phillies 0.

Luetge pitched the sixth. McCutchen struck out. Gregorius also struck out. Harper gave Luetge a one-two-three inning. Leading off the bottom was Gary Sanchez against another former Yankee Mitchell. Sanchez walked. Andujar moved Sanchez to second. Jay Bruce flew out, Durran made the second out. Brito made the final out of a quick sixth.

Barraclough on the mound for the Yankees, Moniak singled, Chatham hit into a double play. Rojas was hit by a pitch. Stott struck out, on to the bottom of the eighth. Hoy Park up for the Yankees struck out, Robinson Chirinos stuck out for the second out of the half. Andrew Velazquez walked. Jay Bruce flew out to far left.

With last licks coming for the Phillies, the Yankee’s Brooks Kriske took to the mound. He walked Duran. Garcia also walked. Bettencourt struck out. Williams stuck out. With two outs and the game on the line, Matt Vierling flew out. The New York Yankees won the game 4-0 on Brett Gardner’s Grand Slam.