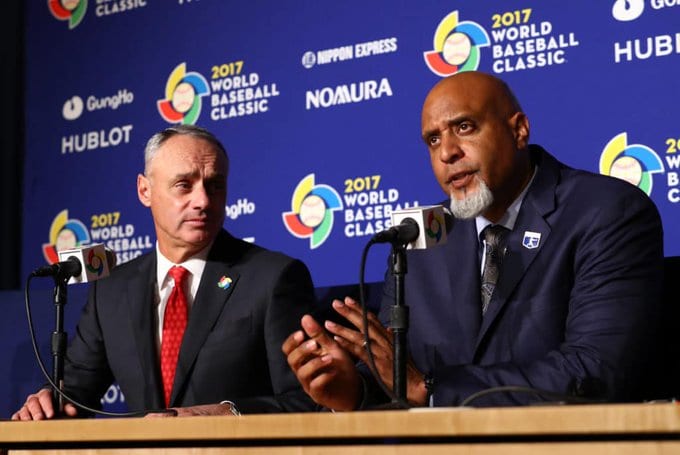 For the New York Yankees and the other 29 franchise owners and all the players that play the game for MLB, there is just one week to settle employer employee disagreements. On December 1 at 11:59 pm the present CBA (Collective Bargaining Agreement) will expire. All issues must be resolved or a lock out or a player strike could take place.

If you don’t like reading about stuff like this, I will make it simple for you. It’s all about the money. The players want as much as they can get, and the owners want to keep as much as they can. It’s really that simple. Insiders to the talks don’t hold much promise that there will not be a work stoppage. The last time there was a stoppage was during August of 1994 when the players went on strike. The season was not completed, there was no World Series and baseball didn’t start again until long after the 1995 should have started. Fans were irate, with many leaving the sport not to return for a decade. Another stoppage for the sport could be devastating.

Some times it’s hard to wrap your head around all of this because it’s a sport, but make no mistake about it, it is as much a business as owners make huge investments in players and property to draw fans to their parks, and increase their TV and other revenues. For the Players, its their livelihood. There is much at stake, one side will eventually win, but the loser will be the fans themselves.

Let’s set the stage. The chief negotiator for the owners is Commissioner Rob Manfred, in the other corner is Tony Clark President of the MLB Players Association. If this sounds like a fight it is. By its very nature it is confrontational.

Here is a brief explanation of what’s at stake for the players. The last few Collective Bargaining Agreements have heavily favored the owners, and the players are sick of getting the short end of the stick. To borrow a phase, they are mad as hell and aren’t going to take it anymore. The only one without a seat at the table is what is good for the game of baseball, and you the loyal fan.

Young players in particular want to be able to make more money earlier in their career than they presently can. The salaries of MLB players have dropped, in 2017 the average annual salary for an MLB player was $4.1 million, for 2021 it’s expected to average between $3.6-$3.7 million. It’s been reported that MLB has proposed free agency will no longer be based upon players accruing six years of big league service, but available to every player who turns 29.5 years of age. This would mean that a player 21-23 could wait more than six years to achieve free agency.

There are a host of other less interesting items to be sorted out, but Commissioner Rob Manfred has stated that we  could be headed for a lockout, as labor negotiations between the league and its players association are progressing slowly.

Lock outs and strikes don’t always end well, back in 1981 the Schlitz Brewing company in Wisconsin went on strike. The company was coming off a poor season of reduced revenues. Baseball is coming off a $3 Billion loss in 2020. The workers wanted more money but the company said no. Eventually Schlitz closed the plant down and 700 lost their jobs permanently. It is possible that a work stoppage that lasts into the 2022 season could put some poorer teams under. 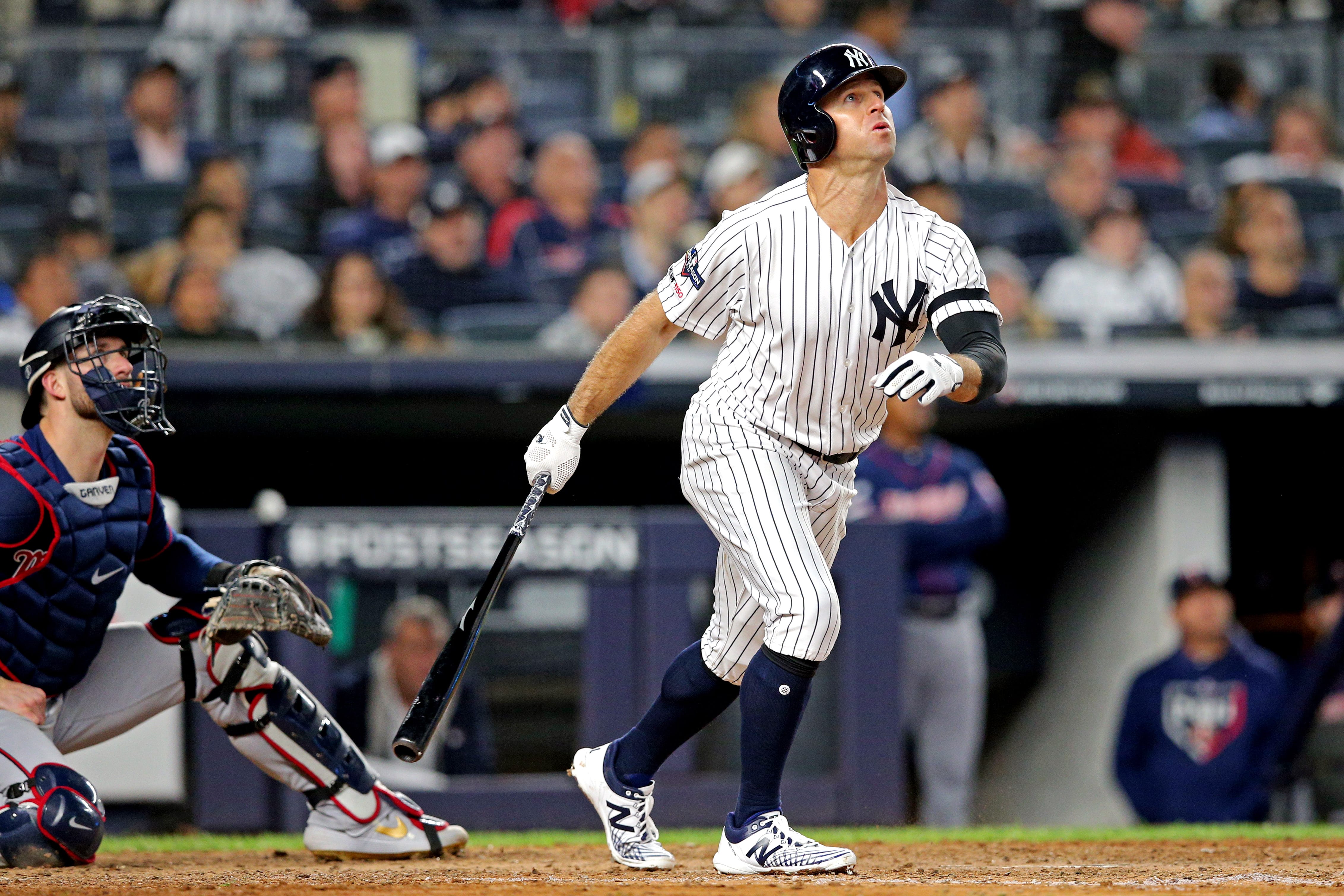 The New York Yankees were home again today, and they played the Philadelphia Phillies. Jordan Mongomery was on the mound for the Yankees, and the Yankees had their All-Star lineup starting. It was 70 degrees under sunny skies with a brisk northeast breeze. The Yankees were in their pinstripes for the game as they will do for all Sunday home games.

Montgomery won his first game of the spring. He started by grounding out Andrew McCutchen, the former Yankee. He struck out another former Yankee in Didi Gregorius. Next up was Bryce Harper, who also grounded out for a perfect first for Monty.  Zack Wheeler struck out DJ, Aaron Judge is off to a slow start. He ground out in his first at-bat. Aaron Hicks walked, and Giancarlo Stanton up next; he ripped one to far left for a double and moving Hicks to third. Stanton smoked that one. Luke Voit struck out, ending the scoreless inning.

Segura faced Monty to start the second inning. He had a line drive that LeMahieu snagged in a really cute play. Knapp got a long fly ball that Judge at the warning track caught. Miller flies out for another one-two-three inning for Montgomery. Monty has really looked good early in this spring training. Gleyber Torres led off against Wheeler in the bottom of the frame; he walked. Gary Sanchez, who has had 2 homers and a lot of strikeouts, was up next. He got a base hit, moving Torres to second. Miguel Andujar singled, loading the bases with no outs. Brett Gardner had his first Grand Slam of the season for the Yankee four-run lead. LeMahieu then flew out for the first out of the inning. The inning ended with two outs and a roll-over. Yankees 4 Phillies 0.

Montgomery out for the third. Joyce singled, Quinn singled, ex-Yankee Ronald Torreyes had a line drive to Torres for the first out. Andujar made a great play to cut off the runner at second, two outs. Didi Gregorius struck out for the third out of the half. Aaron Hicks led off the bottom of the frame, striking out. With Stanton coming up, there was a pitching change. JD Hammer faced Stanton, and he struck out. Voit flew out for the end of the inning.

Jonathan Loaisiga for the New York Yankees, got his chance to pitch in the fourth, grounding out Bryce Harper. Segura struck out. Knapp chopped out a single, and Miller flew out to Hicks for a scoreless inning for Loaisiga. Torres was up in the bottom of the fourth; he grounded out to Didi. Gary Sanchez, in his second at-bat, struck out. Andujar reached on an error by Didi. Brett Gardner, who Grand Slammed in the second hammered one into the left-field seats just inside the foul pole and then walked. Andujar stole third. DJ lined to the pitcher to end the inning, leaving two men on.

Loaisiga was out for a second inning. Joyce singled off him leading off. Quinn failed to advance him. Torreyes hit into a double play ending the half. Judge led off the bottom of the fifth grounding out. Hicks ground out to second. Stanton doubled in the first, laced one to the center-field wall for another double. Beltre in for Stanton. Luke Voit walked. Gittens in for Voit. Torres; wild pitch, runners advance. Torres grounds out, leaving two on. Yankees 4 Phillies 0.

Luetge pitched the sixth. McCutchen struck out. Gregorius also struck out. Harper gave Luetge a one-two-three inning. Leading off the bottom was Gary Sanchez against another former Yankee Mitchell. Sanchez walked. Andujar moved Sanchez to second. Jay Bruce flew out, Durran made the second out. Brito made the final out of a quick sixth.

Barraclough on the mound for the Yankees, Moniak singled, Chatham hit into a double play. Rojas was hit by a pitch. Stott struck out, on to the bottom of the eighth. Hoy Park up for the Yankees struck out, Robinson Chirinos stuck out for the second out of the half. Andrew Velazquez walked. Jay Bruce flew out to far left.

With last licks coming for the Phillies, the Yankee’s Brooks Kriske took to the mound. He walked Duran. Garcia also walked. Bettencourt struck out. Williams stuck out. With two outs and the game on the line, Matt Vierling flew out. The New York Yankees won the game 4-0 on Brett Gardner’s Grand Slam.