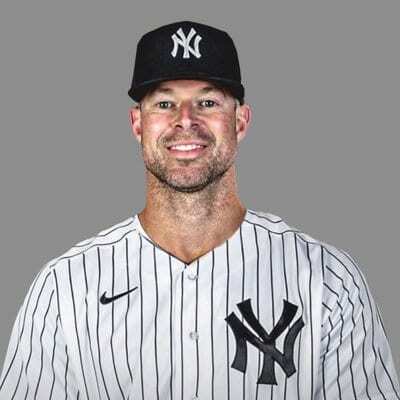 New York Yankees fans will have their eyes glued today on Corey Kluber as he has his first start for the Yankees. Kluber last season for the Texas Rangers only pitched one inning in his debut with the Texas team due to a shoulder injury. Because the season was so short, he never returned to the mound. Yankee fans will want to see him healthy and perform well in his start against the Toronto Blue Jays.

When the New York Yankees accomplished their main goal in the offseason of resigning DJ LeMahieu, they immediately addressed their next concern by hiring the two-time Cy Young Award-winning pitcher with the hope he could return that that form when he was with the Cleveland Indians. So far, so good, he was 3-1 with an ERA of 2.25 during spring training. If he can maintain that ERA throughout the season, the Yankees will be more than happy with their one-year $11 million investment. [1]

To know more about the righty pitcher, you must know the path that bought him to the New York Yankees. Corey Scott Kluber, nicknamed Klubot, was born in Birmingham, Alabama, on April 10, 1986, to Jim and Ellen Kluber. [2] He played baseball as a child and played for his high school, Coppell, in Coppell, Texas. After high school, he attended Stetson University in DeLand, Florida. While there, he was named the Atlantic Sun Conference Pitcher of the Year in 2007. [3]

The San Diego Padres took notice and selected Kluber in the fourth round of the 2007 draft. He played so well for the Padres that they used him as a trading piece, going to the Cleveland Indians during 2010. While there, he established himself as a starting pitcher and pitched for the Indians until 2019. During his time there, he was an All-Star 3 times. With an 18â€“9 win-loss record and a 2.44 ERA, he won a close vote to earn the prestigious American League Cy Young Award’ in 2014.

In April of 2015, he registered his first win of the season with a career-high 18 strikeouts against the St. Louis Cardinals on May 13, 2015. June 2017 was a great month for Kluber; he won the Pitcher of the Month Award, something he replicated in August and again in September, which led to his second Cy Young Award. In 2017 he sported an 18-4 record on the season with an ERA of 2.25.

2018 was another great year for Corey Kluber; he had a 20 game winning season losing just 7 games with an ERA of 2.89. But his fortunes changed in 2019. First, he was hit by a pitch. In May, he was hit by an ugly comebacker. After the game, it was revealed that he sustained a non-displaced fracture of the right ulna, the longer of the two bones in the forearm. He was fitted with a cast and did not return to the major league mound in 2019, although he did make a few minor league starts.

On December 15, 2019, Cleveland traded Kluber and cash considerations to the Texas Rangers for two players. He took to the mound for the first time, with the Rangers making his debut on July 26, 2020; he pitched just one inning, leaving the game with shoulder tightness. It was later diagnosed as a Grade 2 tear of the teres major muscle in the back of his right shoulder. He was shut down for four weeks while undergoing platelet-rich plasma therapy. Due to the short season, he never returned to the mound for the Rangers.

On January 27, 2021, Kluber signed a one-year, $11 million contract with the New York Yankees. General Manager Brian Cashman had a history of hiring players that were once great but had been injured. It was a calculated risk for the Yankees with a possible high reward. It seemed like he was hired out of the blue, but that is not true. The Yankees had the inside track to whether they should go after the Cy Young Award winner.

After recovering from his shoulder tear, he rehabbed over the winter with Eric Cressey. The same Cressey that is the New York Yankees head of training. Cashman had watched Kluber closely in the offseason and, upon the advice of Cresseyj and pitching coach Matt Blake, who said he was ready to pitch, hired him. So far, the Yankees are happy with the right-hander; he is healthy and has a great attitude to make his major league comeback.

Today will be his chance to show that he can be the pitcher the Yankees hope he can be. With a good spring training showing, the Yankees are hopeful. Today at 1:05, he will take the Yankees’ mound against Ross Stripling of the Toronto Blue Jays. The game will be televised in Canada and on the YES Network.

For more detailed information, visit my January article on Kluber.