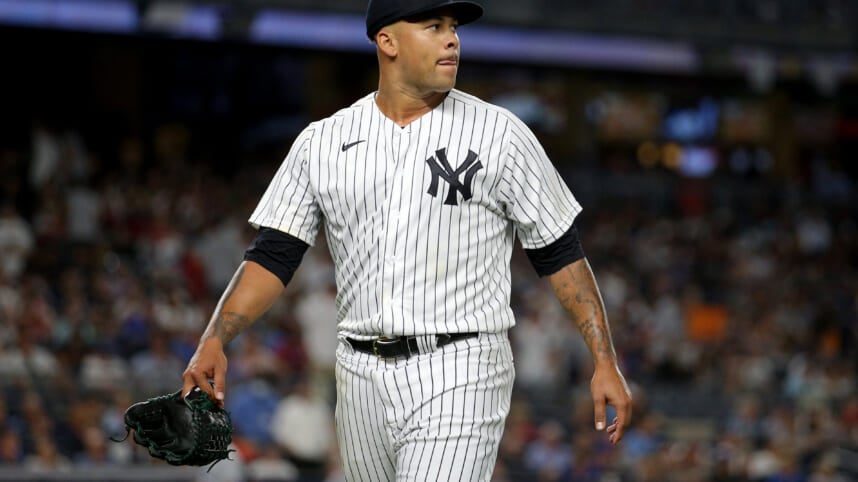 When the New York Yankees acquired Frankie Montas from the Oakland Athletics at the trade deadline, they anticipated he would offer them a stellar starting pitcher for the postseason. Montas had been phenomenal for Oakland over the first half of the year, but his numbers plummeted the very moment he joined the Yankees and injected himself into high-leverage moments.

The 29 year old starter pitched 104.2 innings for Oakland this season, enjoying a 3.18 ERA, 9.37 strikeouts per nine, a 73.6% left-on-base rate, and a 46.1% ground ball rate. Those are very strong numbers that justified him being an important part of the playoff rotation, but over 39.2 innings for the Yankees, the narrative shifted significantly.

The Yankees had to factor Frankie Montas out:

These polarizing metrics obviously suggest he might’ve been dealing with an injury, which ultimately shut him down in mid-September. The only appearance where he enjoyed legitimate success was against the Tampa Bay Rays, allowing one hit over 5.0 innings, striking out seven batters.

There is still optimism that Montas can make a return at some point in the postseason, likely featuring out of the bullpen, but I wouldn’t bank on it. He is still slowly ramping up and hasn’t even participated in a bullpen session just yet, so relying on him at this point in time would be a risky move.

Nonetheless, he undoubtedly represents the Yankees’ most disappointing trade deadline acquisition, but they do have him under contract for one more year, so the hope is he can turn things around and offer the Yankees a stellar starter during the 2023 season. The Yankees will hold onto all of their talent except Jameson Taillon, who is set to hit free agency.